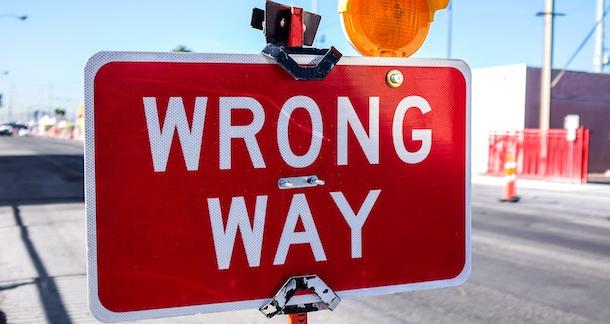 I was fortunate enough to enroll in and complete an MFA program, and prior to entering that program, I had to write two stories to bring to our very first workshop. They weren't good. Don't listen to my cohorts if you track any of them down. They are far too kind and will tell you nice things about at least one of these stories (the one that I'm about to use as an example), but they are wrong— the stories were bad. But that didn't matter at the time. The stories, one in particular, got a reaction. And I fell in love with that specific story. I revised and revised. Despite it being my first semester in my first formal writing program, I submitted that story to contests and to literary magazines. And I was soundly rejected across the board.

But I still loved the story.

As I progressed through my MFA, I became a far better writer. I started getting stories published. But that first story nagged at me in the back of my mind. I'd revisit it, read through it, put it away. But it had such a strong pull that I finally caved. After about 18 months of not working on the story, I tried to revise it, with what I thought were new writing skills (courtesy of my MFA workshops). Do you know what I found?

My writing techniques, the quality of my writing, and my style had all solidified and (rightfully) changed since that story had been written. I couldn't revise it. I was wasting time, and I knew it. But I still loved the story. So, I tossed the entire original draft, and rewrote it from scratch. I thought I could take the seed of the story and craft it into something that better matched my skill level at the time. But turned out to be fruitless as well. The story, despite being tossed, still existed. It was a thing that would always occupy a space in my mind, so trying to write a brand new version from scratch was not only impossible, it was harmful to my progression as a writer.

The problem with defining a story's completion by its publication is it negates all the work the story has already done for you.

Rather than spending time on new work, I was buried in a story that couldn't work. It will never be published—not on my blog, not in a magazine, nowhere. That story offered itself up as a sacrifice to make me a better writer. But it exists and will always have served a purpose. No writing is ever useless or a waste.

That's not to say it's impossible to go back and revive a story. It's just damn difficult to make it work. And the effort you ultimately put into trying to revive that story could be better spent elsewhere.

The fear for me, as I watch other writers and think about my own process of discovery, is that if a young writer has a story that gets a bit of traction—positive feedback in a workshop, nice notes in a rejection from a magazine, etc—that writer will hold onto that story the same way I did with mine. A year, two years, ten years later, the writer might easily be convinced that the story is part of her and absolutely has to be "completed." But the problem with defining a story's completion by its publication is it negates all the work the story has already done for you.

Yes, this is a personification of words on a page, but the story you abandon does as much work as the story that ultimately gets published. That story helped you grow. It sits there as a reminder of where you are now versus where you were then.

There is one major caveat to this entire column. This advice does not necessarily apply to novels. You'll find countless examples of authors that took years, decades even, to finish a novel. Some authors start a novel, shelve it, then come back to it when they feel they are ready to tackle it. But why does this work better with novels than short stories?

The reason, for me, is simple. Novels, inherently, take longer to write. The process is designed to take place over a period of time in which you are likely growing as a writer. Even if you're an airport author, pushing out two or three books per year, you are (hopefully) growing while you write each of those books. For the vast majority of the rest of the novel-writing world, it might take two or more years just to spit out a first draft. And after that first draft is done, it's not uncommon to take months off while working on other things. This process sort of requires you to revisit old stories, because by the time you return to start working on the second draft, the story is already old.

But there's another reason the novel is exempt from the "don't go back rule." Novels take place in a writer's mind. And when the novel is finished, even if there are no sequels, the story continues in the author's head. This may be true of some short stories as well, but a short story is designed to be concise. It's designed to be written, read, and done. Novels, are not like that in their creation or in their consumption.

All this, though, is a guideline. There are writers who do quite well when revisiting old short stories and making them work. But, more often than not, I see writers go back to stories that didn't work and waste additional time trying to make them work. Remember, an old story isn't a waste. It's a stepping stone toward your growth to something bigger. Something better. So, use that growth, and don't go back.