Don’t Freak Out, But You Just Discovered a Novel You Wrote When You Were a Teenager 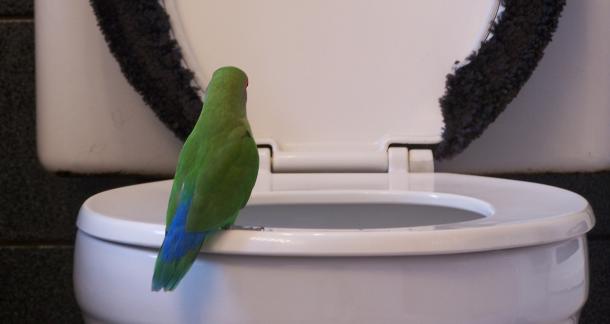 So you were searching through an old hard drive for a celebrity sex video you had saved a long time ago, but the only thing you ended up finding was a Word document of a novel you’d written when you were fourteen. Does that successfully sum up the events of the last ten minutes?

Who the hell are you? How did you get into my bathroom?

My name would take too many days to pronounce—and how do you think, dude? I used the door. But the real question is: why do you bring your laptop into the bathroom? What if you dropped it into the toilet? That is so unsafe.

This is the most comfortable seat in my apartment. I highly doubt I will drop my laptop into the toilet.

I was trying to read important documents. Work documents.

Whose sex tape is it?

You could pick the book apart, pry it open and inspect its innards. Maybe there’s something beautiful hidden in all this ugliness. There could be an idea at its center that might actually be worth something....

It’s okay. I’m imaginary. You can tell me whatever.

You said you wouldn’t judge me.

I definitely never said that. Isn’t she a cartoon?

The video isn’t even here anymore, so it doesn’t matter. All I found was this stupid novel I wrote as a teenager.

What is it about?

I can’t remember. Something about punk rockers doing drugs and bringing down the system.

Whoa, what a genuinely original idea for a teenager.

Shut up. There’s a reason I seemed to have blocked this from memory.

Well, what are you going to do? Open it? Continue the search for Mrs. Rabbit? Flush…?

No, I think I’ll be here for a while. I’m not sure I should open this, though. What if it’s really embarrassing?

It will absolutely be embarrassing. Under no circumstances should you open it. It will be terrible.

Okay, I opened it.

Or you could open it.

Oh my god, this is awful. What was I even talking about back then?

My best guess is sexual frustration.

I’m two thousand words in and so far the book has been one massive info dump.

Then maybe it’s appropriate you’re reading this on the toilet. Also, isn’t your crotch hot by now?

Why did I feel it was appropriate to add a parrot as a main character? And why is the bird racist? Why are none of my main characters calling this parrot out on its shit?

Because you were probably a terrible kid.

So much exposition. Oh look, another flashback. And there’s another. It’s like an episode of Family Guy or something. I can’t read this garbage, but I can’t look away, either.

You’ve gone too far. You have to embrace the train headfirst now. Let it splatter your miserable guts against the rails.

I just spent fifteen hundred words jerking off Glenn Danzig. And the narrator keeps jumping from American to British slang. Is this how I used to talk?

I dunno, mate. What the bloody hell do you think?

I forgot how dumb I was back then. And, this is the real surprise, how incredibly sexist and homophobic I was. What a miserable kid. What a waste of a childhood.

Yeah, uh, you probably don’t want others reading this if you want any chance of a future career. You’ve read Jon Ronson’s So You’ve Been Publicly Shamed, right? Well then you already know. You would be lynched, man. Hung out in the sun to rot.

Yet, you keep reading it.

I don’t know why I opened this in the first place. What did I expect, some forgotten masterpiece? 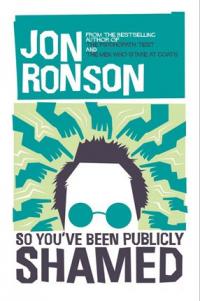 We tend to view ourselves as geniuses, when in fact we are all idiots. If you had remembered this novel and tried to find it—only to come up empty—you would have convinced yourself this was your magnum opus, and if only you could remember where you saved it, then maybe you would receive the praise you so justly deserve. But you stumbled across it by accident. You were blindsided. You turned on the light before the cockroaches had a chance to scatter and revealed the ugly truth. When you were a teenager, you couldn’t write for shit. In ten years, when you look at the stuff you’re writing right now, you’ll experience the same epiphany.

I just won’t look at my old material. This is torture. I will never put myself through such hell again.

You say that now, but in another ten years when you’re still not a successful novelist, you’ll start wondering about older books you’ve written but never sold. Books you’re convinced were brilliant. So you’ll go snooping around and maybe you would have been smart and already deleted all previous drafts. This way you find nothing and you still possess the ability to dream. But odds are you’ll still be an idiot and you would have saved a copy somewhere, and you’ll find it and you’ll read it and you’ll cry because it really is garbage and you’ll realize you were always destined to fail.

Couldn’t you have waited until after I got off the toilet before you depressed me?

The toilet is where all the shit drops and the truth rises.

Is that what you call it?

You’re left with a couple of choices right now. You could continue reading this manuscript for some sick thrill. Maybe you enjoy the pain, I don’t know. You could close out of it and never look at it again. Delete all record that it ever existed and continue the search for Jessica Rabbit’s long lost sex tape.

Or, I suppose, you could pick the book apart, pry it open and inspect its innards. Maybe there’s something beautiful hidden in all this ugliness. There could be an idea at its center that might actually be worth something with enough rewrites. Or maybe the idea remains ridiculous, but there’s a character or two who’s still breathing life and waiting to be unleashed upon the world. Recycle them into another story.

No one tells you what you’re supposed to do in these kind of situations. There’s no guide for when you accidentally stumble across a book you wrote as a kid while on the toilet.

Wait, did you also write the book while on the toilet?

I am always on the toilet.

Take my advice, man. Delete it. You may be convinced there’s something worth scavenging here, but trust me, there’s not. You will only be wasting your time. There are better books to be written. The one in front of you was just a practice run. Consider it part of your ten thousand hours. Now forget about what you just read and go utilize the creative muscles you’ve been exercising since birth. But first, I recommend you wipe.

Okay. Maybe you’re right. Maybe I should delete it.

I still don’t understand who you are, though.

Nothing. Wait, what is that sound? Are you printing something from the other room?

I may have hit PRINT.

You’re going to burn the pages, right? Like as some sort of therapy?

There’s something about that racist parrot. I just can’t delete it. I think maybe this might be the best book I’ve ever written.

Notes from the Drunken Editor: How To Fail and Why You Should Keep Failing

Yessss. I just found mine the other day. I can't bring myself to read it. I went through the first few pages and I just...actually I think a 15 year old would probably find it pretty good, but I would never want anyone to know I wrote it.

Oh it's a long time tradition to take old works with new eyes, and rejuvinate it into a side story for the novella later on. I find it easier to work with side stories than sub plots.