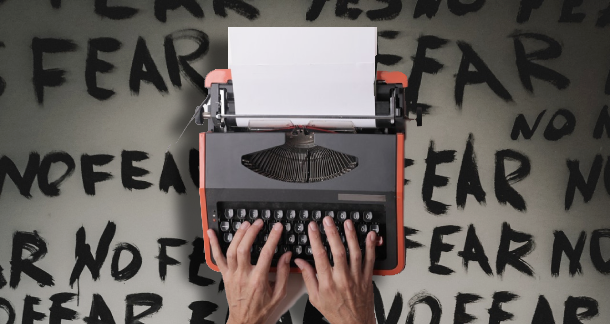 I have had some unexpected conversations with my fiction students over the last semester or two. It turns out that they are far more nervous about writing short stories than about writing novels. I would almost say there is a fear of the short story form amongst some of the students, and this ranges from freshman in an introductory creative writing course right up through graduate students. I’ve been thinking about why this might be the case, and asking those pupils a few questions about it. The results have been enlightening as far as the way a lot of writers think and the content to which they’re exposed.

Let me start with an experience I'm having with some undergraduates. These are students not necessarily in their first workshop ever, but in their first university-level workshop. The group has a wide variety of experience from their high school years and then also their personal endeavors with writing. Some people are writing fiction for the first time, and some have been doing it for years. One student has written three novels on her own. And yet, they almost all balked as we approached the weeks of workshopping, wherein everyone was required to write a complete short story of about 10 pages.

Aspiring novelist need to see the short story as an important part of their growth as writers.

So, what’s different about this group of students?

In talking to them, most express the natural tendency, one that a lot of us have, to think big. I don’t know anyone who has done a scientific study on this, but I would guess that most writers end up with longer first drafts and tend to condense as they revise, or end up cutting out parts of their original story ideas as they see it manifest on the page. As far as creative writing goes, it seems that throughout their high school and early college careers these students didn't have to go through the process of condensing those big ideas into a smaller form. For many of them, my class is the first time they’ve had to write anything both creative and short as far as the page restriction goes. To the extent that they wrote in school, they were allowed to work on whatever they wanted, and most chose novels. On their own, they also went with the longer narratives. So it’s understandable that the first time one has to do anything, it will be a little nerve-racking, especially when it goes against one’s natural thought processes.

I don’t think this “big” thought process is anything different than what students 20 or 30 years ago experienced, nonetheless that fear of the short story is new. In addition to writing experience, I have noticed over my years of teaching that students seems less familiar with the short stories I’d consider essential: “Hills Like White Elephants,” “Paul’s Case,” “Sonny’s Blues,” “Cathedral.” There are, of course, plenty more. I asked my students if they’d been assigned these stories, or any short stories, and many said that they hadn’t, that they spent most of their time in high school reading novels, Shakespeare, and poetry.

There’s nothing at all wrong with reading lots of novels, of course, but fiction does not stop there. And at least according to my students, young writers are not being asked to hone their creative thoughts into short stories, nor are they given a lot of short stories as examples of how great writers have done so. This lack of exposure combined with the lack of practice makes the nerves around writing a short story understandable.

While far more of my graduate students have written short stories in the past, many of them tend to see it more of a required task for a class, something they have to do in order to get to writing their longer works. The short story is viewed in a similar vein as poetry: not quite relevant to what the student really wants to do. I would argue that both forms are relevant for those who want to write longer fiction, especially the short story. 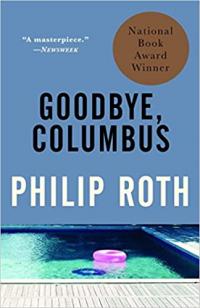 So there’s a lack of practice, a lack of exposure, and a lack of understanding of how a mastery of the craft of the short story helps budding novelists improve—all of which leads to writers fearing the short story when they’re asked to write one. Educators can do a lot here, myself included. Assign more short stories for reading. Press the form when teaching introductory creative writing classes, and not just because it’s worthwhile in and of itself, but because it does help with the longer projects that students want to take on.

The relationship between those latter two points is the most important thing to me as I look over the way students approach short stories. I do not want the form to be dismissed. It is a vital part of the fiction canon, and needs to be respected in and of itself. I understand that the general public may never think this way, but writers ought to consider the accomplishments of people like Amy Hempel and Alice Munro on a par with the great novelists. They mastered their craft just as well as Philip Roth or Iris Murdoch did theirs.

Additionally, aspiring novelist need to see the short story as an important part of their growth as writers. It’s not an accident that most successful novelists begin by writing short stories, and many keep writing those shorter works through their career. Roth is actually an interesting example, as his first book, Goodbye Columbus, is a collection of stories. While it won some major awards, in retrospect it isn’t his strongest work, and served more to slingshot him into writing novels. I hope I’ve been clear that this is not the only purpose of short stories, nonetheless it does serve as a good way for writers to master the basics of plot, style, and characterization, while also training themselves to present their ideas in concise ways. Those skills, of course, translate into novel writing very well.

Educators and members of the writing community can address what seems to be a deficiency amongst many young wordsmiths regarding the short story. We can promote the form and help make sure people not only get exposed to it but understand why it is important for developing one’s skills as a writer. And an enjoyment of the short story in and of itself comes with that. So much of the best fiction, both today and in the past, is short stories, and if we end up getting to the point where we lose sight of that we would be both worse readers and worse writers.

Get Goodbye Columbus at Bookshop or Amazon

Thank you very much for this article. You have covered a really important topic for every student. The teacher sometimes cannot understand that writing a story can be a difficult task for students. For me, when my teacher starts talking about doing this type of work, I get stressed. To avoid worry, I use free essays online I apply to this service as it is legal in our time. It is a unique platform where students can share their work and show examples of the work that needs to be done. I can find ideas for my story. This platform helps me a lot, as I get lost in research, creating a plan, choosing a writing style.

I think everyone should decide for themselves what balance between study and rest to observe. At some point, I realized that I needed to take a break and started using research proposal writing services  This helped me to ensure that my research paper was well-written and highly appreciated and approved by my professor. If it’s difficult for you, I advise you to reconsider your load again. And you will understand how much easier and calmer you can feel.