Does Size Matter? A Treatise on Big Books 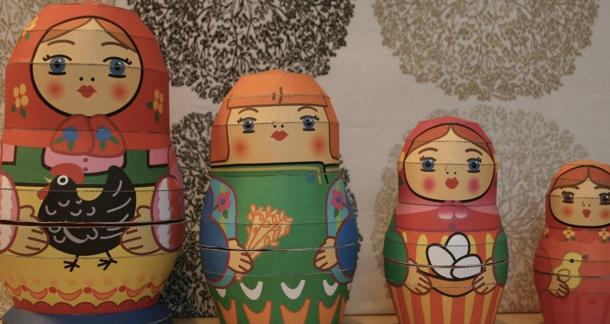 They say not to judge a book by its cover, but what about the thickness of its binding? Some writers agonize over meeting word count goals, while others breezily fill entire tomes without breaking a sweat. But what does page or word count mean for the all-important reader? In the long series of obstacles that stand between a consumer and the decision to purchase a book, how much of a factor is the physical size of a product?

According to agent Bree Ogden in an earlier LitReactor post, the “sweet spot” for adult fiction is approximately 90k words. As of the writing of this article, the top ten titles on the New York Times Best Seller list (combined print and eBook fiction) are all above 300 pages. The average length of those books equals 448 pages, with Donna Tartt’s The Goldfinch weighing in as the heftiest of the shortlist at 755 pages. Although this data comprises a very limited sampling, there are other signs that novels have been trending on the long side for the past several years.

Take, for example, recent Man Booker prize winner, The Luminaries. At 835 pages, it could easily knock a home intruder unconscious. The overwhelming literary success of these titles seems a bit counterintuitive to the vast collective of writing advice that instructs would-be authors not to spare the red pen and spoil the manuscript. Whatever you’ve written, it can probably be cut in half, or so says the old axiom. Hemingway basically wrapped this line of thought up when he told F. Scott Fitzgerald, “I write one page of masterpiece to ninety-one pages of shit. I try to put the shit in the wastebasket.”

It is the bitter-sweet mixture of reading a particularly dense book that readers enjoy; a sudden burst of brilliance nestled within two-hundred pages of brow-dampening hard work will keep a person on their toes.

Smashwords, a distributor of independent eBooks, conducted a 2013 survey from a sampling of 120,000 eBook titles to better determine which books were selling and what factors contributed to their sales. The books were spread across several marketplaces, including the iBookstore, Amazon, Sony, and Kobo. Smashwords found that their top 100 titles averaged 115,000 words. Invariably, the same study found that the lower the word count of a title, the lower the sales.

None of this is meant to stand as an argument for or against longer books, but the question remains whether manuscripts are creeping towards the 100k plus mark for reasons that might have more to do with buying trends than craft. Are consumers simply looking for a way to appear more intelligent on the subway with a weighty, intimidating prop (unlikely, considering Smashwords’ eBooks statistics) or are these sales a reflection of something deeper?

Mark O’Connell of The Millions suggests that long novels induce something like Stockholm Syndrome in readers. “In order for a very long novel to get away with long, cruel sessions of boredom-torture, it has to commit, every so often, an act of kindness…” O’Connell theorizes that it is the bitter-sweet mixture of reading a particularly dense book that readers enjoy; a sudden burst of brilliance nestled within two-hundred pages of brow-dampening hard work will keep a person on their toes. It’s probably why turning the final page on Joyce’s Ulysses seems like such an accomplishment to many.

Or perhaps this inclination towards longer books reflects a wider social or economic movement. Although analysts have lately been reporting somewhat more positive news regarding the global economy, the past five years haven’t exactly been a picnic. Frugal shoppers follow a predictable pattern— they try to get as much as they can for the lowest amount possible. When comparing two trade paperbacks for $16.99, the thicker one appears to be a better deal for the money, at a quick glance. A 2009 New York Times article on the impact of the Great Recession on publishing trends highlights the fact that book sales generally went up as the global economy took a downward turn. During that year, both France and Germany saw over a two percent rise in book sales. Looking back on a historic precedent, book sales plunged during the worst of the Great Depression, but the publishing giant Penguin was also born.

Of course, there are outliers to every trend, and there is a great deal of contradictory information to be found in the publishing world at any given time. Just last year, Forbes pronounced digital publishing the perfect opportunity for the return of the novella. As eBook publishing continues to change and expand, hopefully the future will hold plenty of room for both long and short fiction.

Personally, the thought of writing a 100K book gives me the feeling I'd be forced to produce a tremendous amount of filler, which would be boring. Anybody gives me guff, I'll just tell 'em Shakespeare never wrote a "big book."

I do think there's something to the spaced and measured rewards; I've experienced that, though I've never felt "prisoner" to a book. If the rewards are too scant, or the filler too boring, I quit reading and I don't feel bad about it. I also don't consider myself to have really "read the book." Might happen again: I'm reading The Savage Detectives and, though I like some Bolano, it feels like a reiteration of the same themes, style and form of his other books. Maybe I should've read it first. Maybe he actually was spinning his wheels a bit.

Long books that go nowhere are the worst. I don't mind a long book, or a short one or that matter, if the story is good. As always, it's content not page count that makes the difference.

We are living in a golden age of extremely long fiction, as the first Harry Potter generation grows up--they are happy to live in one fictional world for thousands and thousands of pages, spread out over several volumes. This isn't quite the same as a series (mysteries with the same detective, for example) in which every volume is an independent story; it's more like G R R Martin, in which each volume is an episode in the big story.

The whole argument over different word counts is lost on me, I can hardly get to 20,000 words with a short story by short story outline. And latelly I've transitioned more torward picture books and haiku chains. Good for Mr. Wallace getting 800 something pages in, I'm calling it quits on novels.

@JYH I've been chewing my fingers, but I can't stop myself. Shakespeare didn't write books. He wrote plays, which is a different medium. [heaves sigh of relief] Sorry, I am constantly correcting students for this same thing. It has become a personal pet peeve of mine.

As for the article, I don't think the length of the book matters. Though, it is interesting to think that people are buying because larger books seem like a better deal for the cost. Lately, if the book is over 500 pages, I rarely buy it because I don't have the time to dedicate to it. However, I've read wonderful books that exceed 800 pages, but feel too short somehow. Then there are books like Of Mice and Men (sorry Steinbeck lovers!) that feel like the longest 100+ pages of your life. I know a lot of people love that book. My friend faithfully teaches it to his 9th graders every year. Page length and word count stresses me out in my own writing though. My current WIP is at 93K, and that is after I did some major cutting. :(

How in the world do you get even that 30,000 word count? That just eludes me.

@JYH - It wasn't meant to be a personal attack by any means. As I stated, it is a pet peeve I have due to being an English teacher. Another pet peeve is when people say Shakespeare wrote in Old English when it is actually Early Modern English, but I digress. I will fully admit that being nitpicky can often make me come off as a total bitch, but it is never intentionally bitchy. I am just an obsessive freak when it comes to my subject.

If we want to get into the technical side of my earlier comment, then a play is structured differently from a novel. I don't consider a screenplay for a film to be the same as writing a book either. Word counts are different because a script/play relies on dialogue and very minimal stage direction; a novel will often go more in depth with descriptions and minor details. If you buy the screenplay for your favorite film, it will usually have added descriptions that align with the director's vision, but those were not in the original script. Therefore, the original screenplay (by the original screenwriter) has a lower word count because he or she will only tell you the time, setting, and maybe a prop (if it is crucial to the scene).

If a person writes plays, I call him a playwright. If he writes scripts, he is a screenwriter. If a person writes ebooks then they write books and are still an author. They are all writers, but the structure and word counts will always be different for each of them. Shakespeare's longest work, Hamlet, is around 30,000 words. It is about 40 pages (front and back) when printed on 8.5 x 11 paper.

Again, sorry, I get overly passionate and am (clearly) too damn wordy for my own good. Haha :)

To be honest, I am still impressed with writers who could write lengthy novels and hitting 90-100K word count easily. I myself struggled to complete a new manuscript of a mere 60K words. But I have to admit, reading a longer book do gives a better sense of accomplishment in comparison to finishing a 'thin' book. I feel that thicker books allow the writers to solidify the characters and plot-movement better than just rushing everything in a thinner book. But then again, that is just my opinion.

@SamB --- I didn't think it was an attack, and I wasn't offended. Novels and plays are surely different, but both are (or can be) "books", as can poetry collections, memoirs, etc.; and the article is ostensibly about "books", not just novels, and therefore so were my remarks.