Doctor Strange Will See You Now: An Introduction 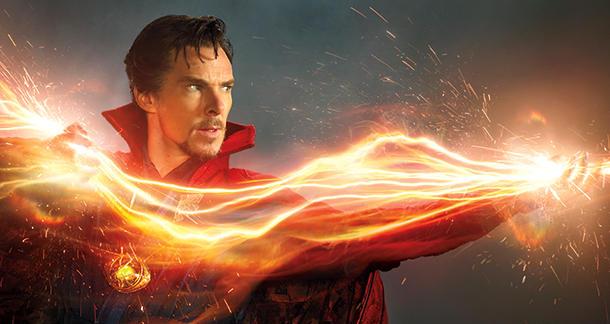 Now that Ant-Man has definitively proven that Disney can turn even the most obscure Marvel characters into box-office gold, the cinematic universe is finally expanding to include one of the more interesting if less famous Avengers: Doctor Strange. Although integral to the team in the comics, the good doctor has made few appearances on screen other than a lackluster animated direct-to-DVD adventure and a best-forgotten TV movie in the ‘70s. Which is a shame, since Doctor Strange was always having the most surreal adventures in comics. He’s not your typical superhero, and as such his movie has the potential to put a new spin on the traditional formula, or break with it entirely.

Unlike most superheroes (except maybe Iron Man), Strange’s origin begins with a fall from grace. He was a successful surgeon, as brilliant and gifted as he was arrogant and selfish. When a car crash smashes his hands and ends his career with a scalpel, he travels the world and exhausts both his fortune and sanity searching for a cure. After a spiritual journey of awakening through the Himalayas, he becomes apprenticed to the Ancient One, the Sorcerer Supreme. Strange learns the mystic arts and eventually becomes Sorcerer Supreme himself, committed to defending Earth from magical threats. Now he lives in the Sanctum Sanctorum, a magical mansion in New York that serves as the interdimensional crossroads of the multiverse, connecting all of Marvel’s many realities, which opens up a plethora of storytelling possibilities for the future of the MCU. Fun things like alternate universes and dark dimensions come into play.

He’s not your typical superhero, and as such his movie has the potential to put a new spin on the traditional formula, or break with it entirely.

Among his fellow heroes, the good doctor is widely regarded as the most powerful of them all, able to end wars with a word. In addition to his vast arcane knowledge, he is also a skilled martial artist and proficient in a variety of weapons he can conjure out of thin air. While Doctor Strange of course fights a menagerie of monsters, his more frequent foes tend to be unquiet ghosts, demon warlords, evil wizards and elder gods, and they are usually defeated by the right combination of made-up words, magical maguffins, and flamboyant hand gestures. Despite being set in the realms of Eastern mysticism and cosmic horror, Doctor Strange is a champion of rationalism. Black magic is just weird science, and it has rules that can be learned, bent and broken if you’re smart enough. The bulk of a Doctor Strange story is dedicated to research—once he figures out what he’s up against, he must consult many volumes of lore, and possibly retrieve some enchanted trinket or long-lost spell scroll before he can defeat it. Every grimoire and mystical artifact has its own history, which unfolds in vivid psychedelic color behind the studious doctor. Hopefully some of that will make it into the film, as I can imagine no actor more suited to the rapid delivery of huge amounts of esoteric information than Benedict Cumberbatch.

Another recurring theme of Doctor Strange is consequences, which doesn’t get explored too much in the majority of superhero fiction. There are times when Strange gets painful lessons that magic always comes with a price. When the Hulk returned from interstellar exile to invade Earth, Doctor Strange summoned a powerful demon to fight him. For a long time after he struggled to contain the darkness he had let in, and even when the corruption was finally purged from his soul the demon’s voice continued to haunt him. More than once he has delved so deep into the dark arts that he later renounced the title of Sorcerer Supreme in disgust. Of course, this is comics, so he always redeemed himself and earned it back.

What makes Doctor Strange truly unique among superheroes is his mission. It isn’t simply to vanquish evil, but to protect the delicate balance of power between light and dark. This balance isn’t just philosophy, but a fact of nature. If the universe tilts too far to one side, it will right itself one way or another. As Sorcerer Supreme, it is actually possible to do too much good, prompting an even greater evil to rise up to even the scale. This is why the good doctor can use his incredible power to save Earth from the demon of the week, but not to end all suffering in the world. In The Oath, one of his best stories, his quest to retrieve a magical cure-all elixir for the good of humanity sends him tearing through New York’s magic underground like a noir detective, until he is faced with an impossible choice: save his best friend’s life, or save billions of lives by eradicating all disease. He abstained from the Civil War, because he was unable to foresee which side would best preserve the balance.

Like all the best comic book heroes, Doctor Strange is remarkably versatile, able to lend himself to many different genres. He’s a man of science who also practices magic, and his adventures range from solving mystical murder mysteries to epic wars between gods. He wouldn’t be out of place standing with Thor during Ragnarok, helping Ghost Rider send demons back to Hell, or just hanging out and quipping with the gang at Stark Tower. He’s one of the few people who can actually beat Tony at chess. I’m keeping my fingers crossed that Doctor Strange will not only be an entertaining film of its own, but also introduce a fun new character to an already charismatic lineup of Avengers.