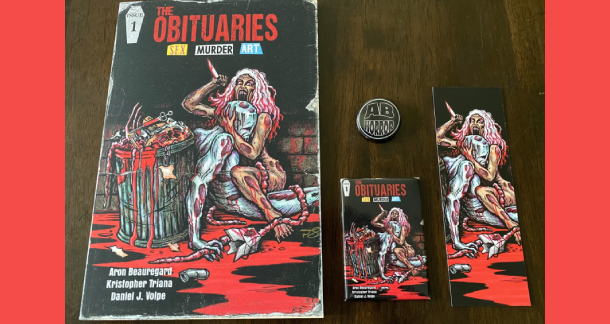 Normally, limited editions are handled through specialty publishers. These publishers often approach authors directly about particular titles. The size of the print run depends on the publisher’s estimation of the title's sales potential and the popularity of the author in question.

But as with everything else in publishing, a lot more authors are now going their own way.

The most common scenario in recent years has been authors offering signed editions directly to readers. They buy a certain number of paperbacks or a short run of hardbacks of one of their releases. They put together other swag including bookmarks, stickers, and magnets. For authors growing in popularity, readers eat these offerings up.

We’re going to take a closer look at Obituaries from Aron Beauregard, Daniel J. Volpe, and Kristopher Triana as an example. Triana in particular has released several traditional limited editions. Volpe was one of the authors involved in the Exits limited edition. Beauregard had a similar vision for Obituaries, bypassing Amazon so they could be bolder with the stories and more graphic with the art without running into trouble. 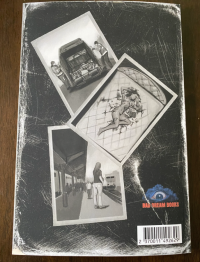 The first Obituaries limited edition release is a powerhouse offering. The stories are brutal. The artwork is unlike anything I’ve ever seen from a traditional release. There’s a very punk rock underground feel through the entire work.

Beauregard recalls writing a used car salesman style email at two in the morning to try to bring Triana onboard. Triana remembers it differently with a longer, ongoing discussion of what they wanted to accomplish.

All three writers put in a large portion of their own money to fund the project. They met together to sign copies in person. They launched the sale from all three of their websites on a Facebook Live and sold numerous copies immediately. The entire run sold out in a week and a half. Plans to go forward with a Halloween release for Obituaries 2 quickly followed.

By the time this article publishes, Obituaries 2 will likely be out, and plans for a future volume will be set in motion. The authors sold the honor of being included in the second volume's list of obituaries in order to offset the setup costs. Those sold out quickly, which is very promising for the potential of this release. Obituaries 2 will be longer with a higher page count, surpassing the 100 page mark.

All three authors have loyal audiences that overlap in the extreme horror/splatterpunk sphere, and offering something unique like this has a powerful draw. The build-up advertising to Volume 1 was just vague enough to attract everyone’s attention for the livestream launch, which was the first time anyone knew what they were getting, and buyers responded immediately. All three authors were drawn to the idea of offering something different for readers and were happy with the initial success.

Whether this can be replicated by other authors remains to be seen.

The guys told me a lot of future plans for Obituaries that I’m not allowed to share yet. From the art to the contributors to future editions, there are a lot of exciting plans in place based on the success of this do-it-yourself limited edition series.

From swag packages to true limited editions, a lot of authors are asking, “Why can’t we?” What’s stopping us from doing this ourselves and keeping all the profit? I imagine we will see more ideas like this at play in indie and self-publishing. The only limits are what the individual authors are willing to invest upfront, how well they advertise and build hype, the reach of their audience, and their creative offerings in this expanding do-it-yourself space.

From Short Story to Film: How I (Co-)Wrote My First Movie Script