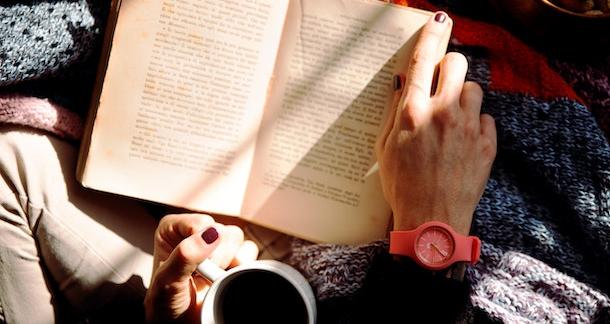 It’s that glorious time of year when you have gift cards in hand, new reading goals to strive towards, and upcoming books you’re looking forward to reading. Maybe you’ve committed to reading your bookshelves and conquering your neverending and always growing TBR. But the nights are long and cold, and sometimes, the best read is the one you know you’re going to love. Why not dive into a reread instead? Here are seven books to ditch your new books for. 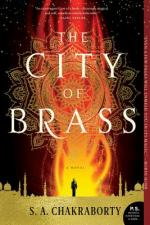 "The City of Brass" by S.A. Chakraborty

The first book in the Daevabad trilogy introduces readers to Nahri, a conwoman living in Cairo in the 18thcentury. Just because she dabbles in palm readings, zars, and healings doesn’t mean she believes in magic. Those are tricks, sleights of hand. Nothing more, nothing less. But when she accidentally summons a dark, mysterious djinn warrior, she’s forced to admit that magic might be real. He tells her about a city made of brass, a city that Nahri is tied to.

Throughout three novels we are swept across the sands of Egypt, where djinn exist and magic reigns. It’s an emotional journey with fully satisfying character arcs interwoven with plots and themes that mirror our current realities. Chakraborty wraps your senses in the setting, immersing you in a world filled with people you feel you know. By the end, this isn’t a book you’re closing, it’s a loved one. And you aren’t saying goodbye, but I’ll see you soon.

Get City of Brass at Bookshop or Amazon 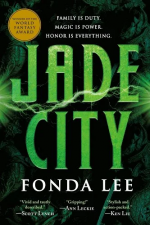 Kekon island is the only place that produces a rare magical jade, that with the right training and heritage, can bestow superhuman abilities. Two families run warring crime syndicates that control the island, and the Kaul family is one of them. The Green Bone families used to protect the citizens from invasions, but now, they’re caught up in commerce and control. As tensions rise from a rival clan, war erupts in the streets. And the outcome impacts not only the Green Bones, but all of Kekon, as well.

An imaginative trilogy capturing the essence of The Godfather with a high fantasy, Kung Fu twist. The rave reviews and avid fan adoration are well-deserved, as the attention to detail and themes of power, honor, loyalty, greed, family, and more are woven through every facet of this story. It’s immersive and distinct, epic and intimate. With flawed characters you can’t help but empathize with, this trilogy is one you’ll itch to dive back into the second you close the cover.

Get Jade City at Bookshop or Amazon 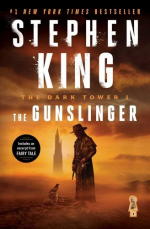 Roland of Gilead is the Last Gunslinger. He’s the epitome of the lone hero, doggedly and determinedly pursuing the Man in Black before he destroys the Dark Tower, which will impact not just one world, but all the worlds. With help from his ka-tet, starting with a boy from Earth named Jake, Roland travels across Gilead and through other worlds as he fights in an epic struggle of good versus evil where all reality is at stake.

First published in the early 80s, The Gunslinger introduces us to Roland and the world he’s fighting to save. With each novel, Roland grows, and this added depth drives him deeper into your heart. Told over the course of seven novels, the ups and downs of their struggle will keep you turning pages, and because of the scope of their adventure, it’s a series that will reveal new details every time you open its pages. After the announcement that Mike Flannigan and Trevor Macy are working on a new adaptation, this is the perfect time to revisit Gilead and all the wonders and horrors buried within.

Get The Dark Tower at Bookshop or Amazon 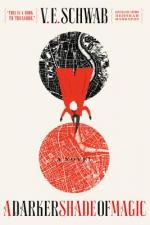 "A Darker Shade of Magic" by V.E. Schwab

Kell is one of the last Antari, a magician who has the rare ability to travel between Londons—Red, White, Grey, and once even Black. He was raised in Red London and serves as ambassador to the Maresh Empire. Of all the Londons he hates Grey London the most. It’s drab and awful and devoid of magic. But it’s there that he runs into Delilah Bard, a cutthroat who robs him and then saves him. After he takes her to Red London for a proper adventure, they realize that danger lurks, and the worlds are being threatened. But to save the worlds, they first have to survive.

An action-packed trilogy filled with pirates, magicians, and one very peculiar coat. This is the sort of rollicking romp that fantasy fans fall in love with. Delilah Bard is tenacious in her ambitions, and you can’t help but love her—even if you don’t agree with her choices all the time. As each book progresses, the stakes escalate, and even when you know what to expect, you’re left devastated, elated, but still completely satisfied.

Get A Darker Shade of Magic at Bookshop or Amazon 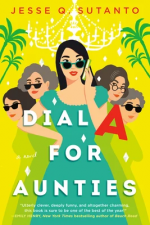 "Dial A for Aunties" by Jessie Q. Sutanto

Meddelin Chan didn’t mean to kill her blind date. Accidents happen, right? It’s not a problem, she has her mother and her three aunts. But getting rid of a body is trickier than it seems. And it’s accidentally shipped in a cake cooler to a mega-billionaire’s wedding the family is overseeing. It’s a huge day for the family business, and nothing—not a corpse, not Meddy’s long-lost love, not a possible curse—is going to get in the way.

Benoit Blanc has nothing on the Chans. Sure, he’s incredibly observant and can solve complicated crimes with a dashing accent. But he will never engage in as many hijinks and shenanigans as this hilarious family. With two books out and one more on the way, this is a family you’ll wish was your own within a few pages.

Get Dial A for Aunties at Bookshop or Amazon 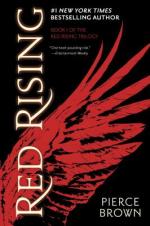 Darrow believed the Society. He was a Red, working the mines deep underground on Mars, so that one day his children could live on a terraformed planet. But that was all a lie. Mars has been terraformed for centuries, a playground for the elite Golds to reign. Darrow sacrifices everything to leave his world behind and infiltrate the highest levels of their Society. He’ll stop at nothing to free his people. Even if that means becoming what he hates.

A stunning series that catapults you into space through an unexpected and incredibly detailed society. It’s steeped in Roman history while dazzling the bounds of an imaginative future. When you dive back in, you’ll revel in missed details and delight in the never-ending noble mischief. It’s a world you will want to return to again and again, if only to say hi to the friends that didn’t make it along the way.

Get Red Rising at Bookshop or Amazon 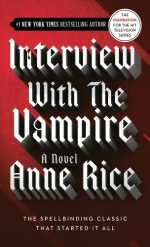 "Interview With the Vampire" by Anne Rice

Louis de Pointe du Lac wasn’t always a vampire. It wasn’t until the sinister but charismatic Lestat promised him eternal life. This is his story, from how he was first lulled into vampire life to how he ended up in a room with a journalist, telling his life story. It’s filled with struggle and heartbreak, love and loss. As the world changed, Louis changed with it. We travel from the streets of New Orleans to the decadent underworld of Paris as Louis searches for the thing we all want out of life: meaning.

If you finished streaming the first season of the AMC show, we know you’re dying for more. Unfortunately, the second season isn’t set to release until October. The good news is you can dive back into the book right now. The even better news is you can reread the next book and imagine all the ways they’re going to bring this world and these characters to life. Rice brings humanity to these undead creatures, and reentering this lush world is always such a delight, we know you’ve been looking for an excuse to go back.

Get Interview With the Vampire at Bookshop or Amazon

What are your go-to comfort reads? Let us know in the comments!