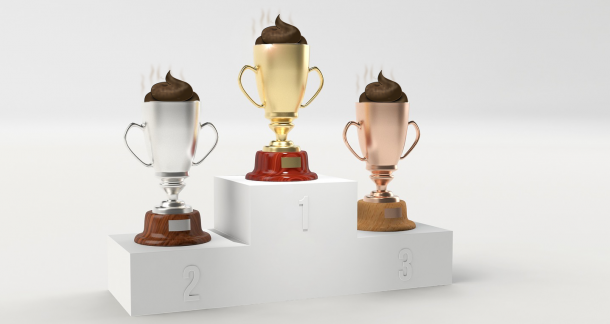 Amateurs finish a book, and if it sucks, they say it sucks, and they leave it there.

Real readers go further. They figure out why it sucked. Partially because they’re curious. But mostly, and most importantly, because figuring out why you disliked a book helps you avoid reading another pile of shit just like it.

Writers do the same thing. You can’t finish a book and say, “Well, that sucked,” and expect to learn anything.

Let’s say you finish a lousy book. What’s the next step?

When a book sucks, it goes into one of these buckets: Displeasing, Offensive, or Bad. Figure out which bucket the sucky book belongs in and you’ll be closer to Reading God status.

Here’s how it works.

We’re starting at the bottom and working up.

Unreadables don’t even get a bucket. They don't deserve one.

The easiest way to talk about these is with an example. Here’s a bit from some slash fiction I read FOR A PROJECT:

One day, Leonardo DiCaprio from when he was on Growing Pains was out skateboarding, being a cool kid and wonder why he was randomly only in one season of Growing Pains. While contemplating life and his possible future of dying frozen off a huge ship because that chick from Titanic was too much off a fatass to share the dresser piece so he dies.

Here’s the Unreadables test: If you were on some kind of magnet prison island in space, and the only way to escape was to create a cohesive summary of an Unreadable, you’d be better off doing what you could to make your space tube where you sleep as cozy as possible, because you’re not going anywhere.

When something is unreadable, don't waste time on buckets. Just put that shit in the toilet bowl in your mind and flush it away.

This is the lightest, least damning version of a sucky book. This book makes you say, “I didn’t like it.” But probably not in a passionate, hateful way. 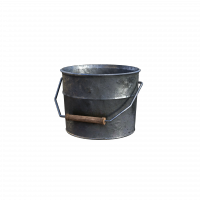 A displeasing book has the basics. It looks like a book. It reads like a book, and you understand the plot or thrust of the whole thing. You can picture the audience for it.

To make a comparison, if we look at Stallone’s oeuvre, Daylight might fall into the Displeasing Bucket. It’s not bad (The Specialist). It’s not so bad it’s good (Over The Top). It’s not offensive. It’s just kinda...there. It’s okay if you’ve seen Demolition Man a dozen times, you can't watch Tango & Cash because you only watch that when you're drunk, and it's currently 7:30 AM. If you’re just looking to kill time with your old pal Sly, Daylight will get you there.

A good check for the displeasing bucket: maybe it’s displeasing to you, but you could see how it’d be pleasing to someone else. I’m sure there’s someone out there who LOVES Daylight, maybe even puts it in their Top 5 Stallone’s.

When you come across these, here are some angles to consider:

But it’s also the most important category because not all offensive things are bad, and not all bad things are offensive. Being offensive doesn’t make something bad. It makes it offensive, and if you want to learn something about books, you've got to put offensive books in their own bucket.

It's like coming across a van that's completely crushed in the junkyard and taking offense to the scantily-clad barbarian woman airbrushed on the side.

Remember that these are personal, imaginary buckets, not buckets you have to literally create with a trip to the hardware store, paint, and a new Instagram feed, buckets that your friends, family and Twitter followers will be able to root through to see which books you put where. These buckets are meant to help you pick and write better books. They are meant to be personal, not communal.

I’m going to tell you some of the things that help me make the decision on a book: Does this belong in the Offensive Bucket? You can use these as jump-off points to make your own stricter rules, or you can lighten them up to suit your needs.

A book does not hit my Offensive Bucket because I suspect others might be offended by it.

A book doesn’t necessarily go in my Offensive Bucket if characters say and do offensive things.

A book doesn’t necessarily go into my Offensive Bucket if the author, outside the text, is an offensive person.

A book is pretty unlikely to go in my Offensive Bucket if it’s over 100 years old.

A book may go in my Offensive Bucket if I find it intellectually or emotionally dishonest.

A book may go in my Offensive Bucket if it contains a thinly-veiled moral lesson or is trying to make a heavy-handed moral point, regardless of whether or not I agree with the moral.

A book may go in my Offensive Bucket if I feel personally attacked.

A book may go in the Offensive Bucket if it touches on something that’s a personal issue for me in a disrespectful or casual way, even if it’s fairly inoffensive and I wouldn’t find it offensive if I read it at another time in my life.

This is the hardest bucket for most people, and I just want to remind you, for about the 5th time, that this isn’t a bucket you need to talk about publicly. You do not need to share or defend decisions about what does and does not offend you.

You WILL benefit from having this separate bucket because it will force you to consider whether an offensive book may still be useful or have more good in it than bad.

If you come across something offensive, some questions:

One last thing here: I don't bother categorizing Unreadables or Bad Books as Offensive. It's like coming across a van that's completely crushed in the junkyard and taking offense to the scantily-clad barbarian woman airbrushed on the side.

A bad book is a book that just doesn’t work.

This guy was known for doing some very, very weird stuff. Here’s a description of one of his books:

A man is found strangled to death in the middle of a lawn, yet there are no footprints other than his own. Police suspect the 'Flying Strangler-Baby,' a killer midget who disguises himself as a baby and stalks victims by helicopter.

Keeler's got a habit of revealing key characters in the final pages of a full length novel. One mystery even reveals the killer in the LAST sentence. That’s like dropping your girlfriend off at the airport, and as she’s slamming the car door, she says, “Oh, by the way, I’m pregnant” and then walks away with her suitcase.

Cormac McCarthy breaks the rules in a good way, like making up words here and there. Keeler's way of breaking the rules, it's like Cormac McCarthy suddenly revealing that the dad character in The Road was an android in the final page.

Displeasing Books: "Not for me."

Offensive Books: "Not for me."

Bad Books: "Not for anybody."

Those are my buckets and how I manage 'em. What about you? Which other buckets might help me out?