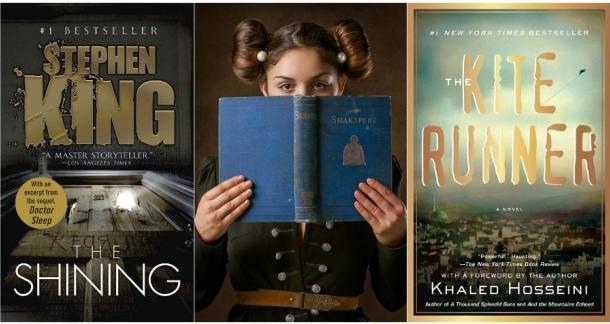 So, you’ve received your first rejection letter from an agent, and the response reads something like this: “Great manuscript, but our office prefers material we can sell as upmarket fiction.” After your head stops spinning, the next response may be—What the heck is upmarket fiction?

Upmarket fiction straddles the line between literary and commercial fiction. The writing is elevated but accessible, the characters appear unique while remaining universal, and the plots are proverbial but unpredictable. Since readers have become wise to the tropes of their preferred genre, agents and publishers are now searching for books that can exist in either marketplace.

But before we delve deeper into the definition, let’s establish what upmarket fiction does not constitute.

What Is Literary Fiction?

Literary fiction tends to emphasize complex language and the characters’ internal development over a rigidly structured plot. The message and themes are often multifaceted and open to several interpretations due to the intricate metaphors and motifs weaved throughout. In some respects, this may prove distancing to the reader who won’t have access to the plot conventions that typically act as guideposts to understanding in genre fiction.

• A “quieter” plot beneath the surface, not ton of action
• Exploration of emotions
• Themes may be open to several interpretations
• Does not fall easily into a specific genre
• Exquisite language (high-brow)

What Is Commercial Fiction?

Commercial or popular fiction is designed to be easily consumed by the largest number of people. These books make money for the publisher—hence, the term “commercial”—and act as a form of entertainment for the audience. Stories told under this classification fall into one or more genres and place the reader in the passenger’s seat alongside a protagonist (whose journey drives the story).

• Fast-moving, page turning
• Significant outward change for the protagonist
• Easily recognizable themes and external plot
• May include several genres but typically falls solidly into one
• Strives to satisfy the reader

What Is Upmarket Fiction?

Upmarket fiction is a classification or a publishing term, not a genre distinction. Think of the phrase as an adjective since publishers use the term as a selling point—e.g. upmarket science fiction, upmarket mystery, upmarket women’s fiction, et cetera. This term identifies novels that dabble in both the literary and commercial realms by addressing universal concerns through elevated prose and poignant themes. Many of the novels chosen for our modern book clubs fall into the upmarket fiction category, which is one of the many reasons this label has become popular among agents.

Should I Write Upmarket Fiction?

Writing is hard enough without putting stipulations on the work. Tell the story that inspires you. “Commercial,” “literary,” and “upmarket” are merely categories that speak to the sales language your agent or publisher will use to pitch your manuscript to buyers; therefore, you can refer to how these classifications apply once you’ve finished your work.

You should be able to articulate the overall differences and understand where your individual stories fit.

However, if you’re determined to write a story that falls under the umbrella of upmarket fiction, be advised that audiences are hip to this hybrid classification thanks to upmarket books turned television shows like Big Little Lies and The Handmaid’s Tale. Do your research before undertaking the endeavor, and strive to create themes that speak to a specific social message via a universal truth.

How Do I Write Upmarket Fiction?

Start by reading outside your comfort zone. Explore successful upmarket fiction titles across all genres to get a feel of what’s resonating with audiences.

Delve into poetry, nonfiction, and anything else that will increase your vocabulary and worldview because you’ll need to create dialogue that’s eloquent but accessible. Remember, upmarket fiction draws audiences because it offers an element of the unexpected. The more you expose your brain to new structures and ideas, the more adaptable you’ll be as an author.

Create ways to elevate the mundane aspects of your plot. Study the tropes or clichés associated with your genre and develop ways to disrupt them—or establish something new through reinvention. This may even involve going back to the basics of character development and internal conflict. For example, Gillian Flynn’s Gone Girl uses the perspective of two psychologically disturbed characters along with a faux epistolary format to add a suspenseful twist to the mystery genre.

Why Does It Matter?

While literary, commercial, and upmarket fiction are categories rather than genres, the differences between them still matter when promoting your book to an agent or a publisher. You wouldn’t want to mislead potential buyers with promises of highbrow prose if you can’t deliver. You also wouldn’t want to downplay commercial elements like car chases and slang when they could make for an easier sale. To become a successful writer, you don’t need to dedicate your career to one distinction over the other since each classification has points of overlap; however, you should be able to articulate the overall differences and understand where your individual stories fit.

Andrea J. Johnson is a writer and editor who specializes in romance and mystery. She holds an M.F.A. in Writing Popular Fiction from Seton Hill University and a copyediting certification from UC San Diego. She’s best known for her in-depth book reviews and TV recaps for the women’s lifestyle website Popsugar, and she has also penned several essays on the writing craft for websites such as DIYMFA, Funds for Writers, and Submittable. To learn more about Andrea’s work, follow @ajthenovelist on Twitter.

Build Your Brand With An Author Tagline