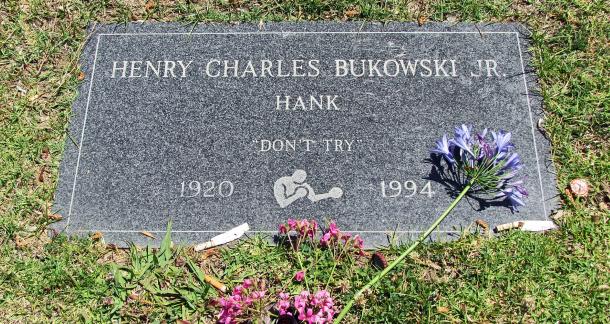 When I was in my early twenties, I used to buy a jug of Carlo Rossi (sweet red) every weekend along with a pack of Pall Mall blue. These were my writing tools. That and whatever music I was currently obsessed with: movie soundtracks, jazz, classical, monastic chants. I only smoked because my ex did, and I didn’t really know who I was, so I tried on different versions of myself to see which one I liked best. I hated them all, even if they did sometimes have their charm.

For a long time, I fed myself on poetry and rage. Anything to get me out of my head, my body a prison I constantly needed to escape. I read somewhere that you liked to sleep until noon. I didn’t like to sleep at all, but I went to a racetrack once and got drunk to see what it felt like to conjure you. I lost my money, had to pick up an extra shift at the restaurant.

I’ve never been one for gambling.

Sometimes I miss those years: the black outs, the parties, the nights spent in hotel rooms or sleeping under the stars. You wrote a poem, “the old anarchist”, about how it feels to get older, to slow down, to feel like you’ve lost a version of who you used to be. I empathize with that and it’s hard to reconcile with those feelings at times.

You know, I used to watch recordings of your readings at night when I couldn’t sleep. You’d make an ass out of yourself: curse at people, get drunk, make passes at women. Sometimes you didn’t even read. In fact, you were everything I’d grown to hate as a woman, and while part of me admired your poetry, the other part was fortunate we’d never cross paths.

I can’t deny that when I read you, I felt grounded, like I was part of the world and not something floating in the sky, alone, tethered to the earth by nothing but a string.

But see, the thing is, your work wasn’t always like that: crass, ugly, cruel. Sometimes your poetry showed a different side, a softness, a vulnerability. When I was younger, I worked hard to keep people away, to shut them out. I self-medicated. I made myself numb, created a shell. It seems strange to me that you became one of the writers who reached me, and for a long time I struggled with that—you as my voice of reason, my safety net—but to this day, I can’t deny that when I read you, I felt grounded, like I was part of the world and not something floating in the sky, alone, tethered to the earth by nothing but a string.

You taught me how to let the blue bird out.

I liked that you embraced the tedious parts of day-to-day life, that you found they were worth writing about, that there was something beautiful or horrible or noteworthy in everyday existence. I don’t think you’re an admirable person, but you wrote without a filter, without a worry about who was reading you or why. You wrote because you wanted to, because you felt called to the page. Nothing about your work was a performance, and that’s something I struggle with because for so long I felt like I needed to be so many things to so many people that I just lost sight of what I was doing in the first place…or why.

We never knew each other but you were the first person to ask me “how is your heart?”

I’m not sure why I felt compelled to write to you now. Maybe I’m being nostalgic. Maybe I’m searching for something again, trying to find some beauty in all the ugliness of the world around me, and at the end of the day, I know you won’t judge me or shame me for looking into the abyss, for sitting in the dark. I like to think I’ve shed my skin, that I’m not the same person who clung to your debauchery as I raised some hell of my own, but the more I think I’ve put miles between me and that version of me, the more I realize she’ll always be there, tucked away, waiting for the 3 a.m. hour, sprawled out under the night sky, a coffee cup of wine in one hand, a cigar in the other. You were part of my journey—for better or worse—and for that, I’m grateful, even if you are a dirty old man who’s writing sometimes makes me blush and other times makes me angry enough to spit.

So thanks for the madness, you old grouch.

I can’t say I’m a better person for reading your work, but I think I became a better writer, and at the very least, a more honest one because you taught me how to find the line, taught me the warning signs about the industry, and even told me I could survive on one chocolate bar a day if I had to. But more than anything, I listened to you read “so you want to be a writer?” when I was thinking about dropping out of graduate school one night, and that poem kept me focused, kept me writing, kept me passionate.

For that one, I might owe you a drink.