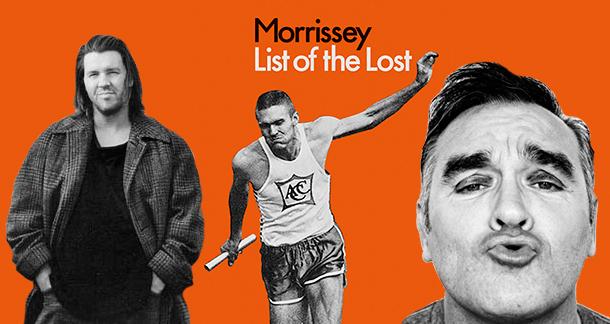 I heard about the book a couple of days ago. Shelley mentioned it to Auden over the dinner table in one of those whispers you use when you want people to hear you. Have you finished with it yet Wysten? he hissed, loud enough to make the teacups tinkle. Auden gave him a we can’t talk about that here look and motioned him away to a corner so they could mutter and giggle together like the High School girls they are. Fuck them I thought, but my interest was aroused. In the Famous Dead Authors house, you can rely on the poets to be the first to get the hottest new reads. Ayn Rand claims Eliot still does some occasional reviewing for Amazon and asked to get paid in books. It wouldn’t surprise me, because Eliot always has his eye on the main chance, but on the other hand, doing a deal with Satan is one thing. Doing a deal with Bezos is something else entirely.

After the dinner, I put out my feelers, which means I bought Allen Ginsberg enough caramel appletinis* to make him indiscreet (that would be two appletinis, because poets hold their booze like High School girls too). He slurred some stuff about it being a novella by a guy called Morrissey, then made a sloppy pass at me before he started crying, the way he always does when he gets drunk. I left him sobbing on Agatha Christie’s shoulder and went to find Shelley.

An hour later, I had the book, which it turned out was called List of the Lost. When I told Shelley what I’d do to him if he didn’t turn it over, he looked like a man who had a sudden need for a fresh set of drawers and practically threw it at me. I had my regular appointment for a massage chez Rand**, so took it with me. I read it while she worked the knots out of my shoulders with that tennis ball in a sock technique she learned in the Soviet Union days. In return, once she was finished, I gave her the book and she read while I set her hair.

‘I know.’ I clipped the final roller in place. ‘I could sure use a smoke after that.’

She took the hint and fetched her bong***. I dug out a quarter of decent Thai I had saved for just this occasion and she fired up.

‘If they could see us now.’ Rand took a huge hit and sucked smoke from her lips to her nostrils

‘You mean the acolytes back Down There?’

‘Yeah. If they knew about this place, they’d think I’m best friends with Thomas Hobbes and still spout that Objectivist crap. Sometimes I read the twitter feeds and get embarrassed.’

‘Hey. Mine think I actually cared about grammar.’ I lay back on a leopard print floor cushion and examined the ceiling.

‘But this book,’ she help up List of the Lost by one corner. ‘You couldn’t care about grammar and read this book.’

‘You couldn’t care about words and read it,’ I said.

‘Everything comfortably arranged at the groin,’ she quoted.

‘A beacon of light to so many females as there they lay, under the male.’  I countered.

‘Urine-soaked, he could not possibly have imagined the intoxicated rash of his lips.’

She caught me just as I was inhaling. I choked for a good couple minutes.

‘The candid and phenomenal superstructure of Tracey,’ I squeaked eventually.

That left us helpless for some time.

‘Just how do you manicure teeth?’ Rand said, passing the bong to me.

'Seriously? You never listened to the Smiths?'

'Nope. Did I miss something?'

Rand reached into her kaftan and extracted her iPod. I stuck the buds in my ears and listened. Turns out I didn't miss much.

‘Holy crap but he takes himself seriously,’ I said, handing back the iPod.

Ah. I got it. The fact he only had one name should have given it away. This Morrissey fellow had a following. A group of the faithful who would, wet eyed, eagerly hand over their crumpled dollars every time he brought out something new.

I got to my feet, a little unsteadily. The Thai was spectacular. Chaucer had a connection over at Famous Dead Artists – he and Shakespeare go over there every so often to get shitfaced with Magritte – and he lets me buy what he can’t use himself.

‘When this Morrissey arrives I’m going to introduce them,’ I said.

‘I predict our first wedding,’ she said. ‘But wait.’ I stopped at the door. ‘You can’t go yet. I have something important to tell you.’

‘What?’ She stared at me with those big dark Russian eyes and suddenly I had this feeling that something huge was going to happen. Something profound. Something about flames and death and truth. Something about loneliness. Something that would make List of the Lost and all its overwritten infelicities shrivel up into a small pile of dust. Suddenly I knew that Rand was going to say something wonderful. Raptly, I stood and waited.

‘You forgot to take out my curlers,’ she said.

*I prefer the term apple martini but Ginsberg calls them appletinis and you won’t get the full impact of how totally lame drinking with Ginsberg is if I called them anything else.

**This massage is seriously badass. If you want to try this at home, I recommend you soak the sock in ice water and get a little drunk first.

***Her second best bong. Her favourite is the bronze hookah Omar Khayyam gave her as a 100th birthday gift, but she only uses that one at parties.

****Hey, look I have nothing against vegans, but doesn’t it sometimes seem the correct spelling of that word includes a silent ‘self-righteous’ before the ‘v’?

A joke for you:
How do you spot a vegan?

Dino Parenti from Los Angeles is reading Everything He Gets His Hands On November 25, 2015 - 8:39am

This cracked me up. And the endnotes!

PizzaThirst from THE MILKY WAY GALAXY is reading BROKEN PIANO FOR PRESIDENT, BY PATRICK WENSINK November 29, 2015 - 7:28am

I've still got to read this...