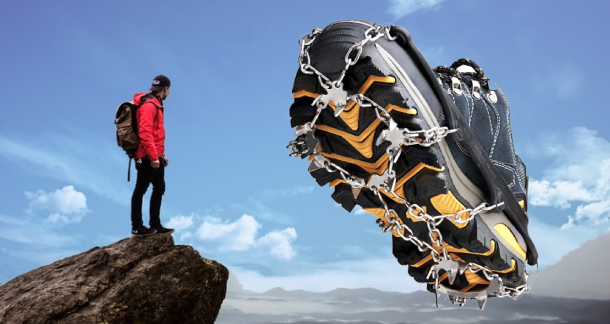 Imagine you’re writing a story set in Greenland. How much do you have to tell your readers about that country? It’s a place most English speakers aren’t too familiar with, so there will be some things to explain, but when deciding what to include in such a story that pesky glowing rectangle on the nightstand plays a role. In the current time, writers can assume that their readers all have a pocket size super computer within arm’s reach. From a craft perspective, our audience members’ access to information affects what we put in the story. Knowing that our readers could search for anything, how much of Greenland’s history must we include? How much of the political scene? How much of the way Greenlanders engage in relationships? While the answers would depend on the specific story in question, there is a principle to use when deciding what to do in these situations: make your readers curious, not confused.

To clarify, when I am talking about curiosity here, I’m not referring to the plot or the characters. Those elements should, of course, be interesting, but in this essay I’m talking about the atmosphere of the story, the setting or time period, the relevant historical antecedents or current events, or even the pop culture references. Things we can’t expect our readers to know about before they come to the story. These craft elements are sometimes textual, but also sometimes integral, and finding the right amount of information to include can be a difficult task for any writer.

Anyone who felt like exploring differences in crampons was free to do so, and possibly felt a closer connection to the book on account of that, but that kind of turning to the smartphone wasn’t necessary.

Let me give a concrete example from one of my students. The story is about a young American man of African descent who takes a trip to Africa and, for various reasons, has his visa revoked, which means he can’t leave the country. The character and his hosts take this event in stride, and they discover that there are various unusual (to an American reader) ways that the main character can get his visa back so that he can go home. I have never been to Africa, and know particularly little about the country in which the story is set. But since I’ve traveled quite a lot, I know what to do when one gets in passport trouble, which is to go to the U.S. Embassy. So after I read the story one of my critiques for the student was to have her character contact the embassy to get his visa situation worked out—doing so seemed much easier than the other paths this character was ready to take. The student’s response was that in some countries, like the one in the story, there’s really very little the embassy can do. This student has been to the country in question, and knows it very well, so I trusted her implicitly, but most readers won’t get to ask the author questions about the story. This is the moment where the writer wanted me to be curious about the foreign country and how it works, but didn’t give me enough information, and so I ended up being confused.

The solution here is to show the reader the ineffective nature of the U.S. embassy, which would be easy and natural via a conversation between the main character and the locals with whom he lives. Most Americans would probably think to go to the embassy first, and then the hosts could explain why that would be of no help. This will keep the reader from being confused.

Such a solution would also make the reader curious. There’s no rhetorical reason in this story to know the history of the USA’s inability to help its expatriate citizens, but a lot of people might want to know that background. If a reader went to their phone in this case, it wouldn’t be bad. It’d probably be good, making the reader further engaged in the story via research, but not because of the story’s inadequacies.

It isn’t only the author’s primary experience that can create a disconnect between the text and the reader, the confusion that writers don’t want to engender in their audience. This can also come from the amount of research that writers often do for their stories, much of which doesn’t make it into the story itself but does affect the way the writer views the subject matter. Sometimes, we forget what we didn’t know even just a few weeks before starting a story.

One of the main subjects in my novel is mountaineering, specifically in the Himalayas, and I did an immense amount of research on that subject. When I started the book, I had been reading about it for years, but I dove into it further once it became clear to me how integral this would be to my book. However, I always had to keep in mind that the vast majority of my readers wouldn’t know much more about mountaineering than the fact that Mount Everest is the tallest peak in the world.

What I tried to do was include enough details such that the reader would not only feel like they got a solid understanding of what it’s like to be on a mountain, but also so that they would buy into the situation that I was setting up. Part of it was atmosphere, part of it was verisimilitude, and part of it was having a reader get into the experience of the book, suspending their disbelief. Something I particularly remember including is that when climbers are caught in the cold and at high altitudes, one thing that they do is take turns removing their shoes and warming one another’s feet on their climbing partner’s chest. They literally zip their bare feet into their climbing partners’ coats. I always found this to be a striking image, showing just what it’s like to be on a mountain, and the length climbers must sometimes go to prevent debilitating frostbite. It is also a pretty intuitive image, one that goes along with the basics of what anyone knows about mountaineering, which is that it’s really cold.

The things I left out, so as to keep the story firmly about the characters and not have it devolve into a book about mountaineering, included mostly trivia, but also some details. Like any writer, I had to ask myself what added to the story, what helped the reader understand, and what would not help that process or actively take the reader away from the focus of the novel. Brands of crampons, for example, never seemed worth including. In making those choices, something I could rely on was the smart phone. Anything a reader wanted to know they could look up, and so long as I didn’t exclude things that were integral to the story, I would have succeeded in making the reader curious but not confused. Anyone who felt like exploring differences in crampons was free to do so, and possibly felt a closer connection to the book on account of that, but that kind of turning to the smartphone wasn’t necessary.

As you write your story and make the choices about what to include regarding setting, texture, and time period, think about where the line falls between keeping your readers curious without confusing them. It is a different line for each story, and a difficult one to walk sometimes, but when you get it right it pays off with spectacular reader engagement.

Get crampons at Amazon

Essentially want to state your article is as astonishing. The lucidity in your post is basically awesome and I could accept that you're a specialist regarding this matter. Well with your authorization permit me to get your RSS channel to stay up with the latest with impending post. Much appreciated and please keep up the satisfying work Biker Jacket