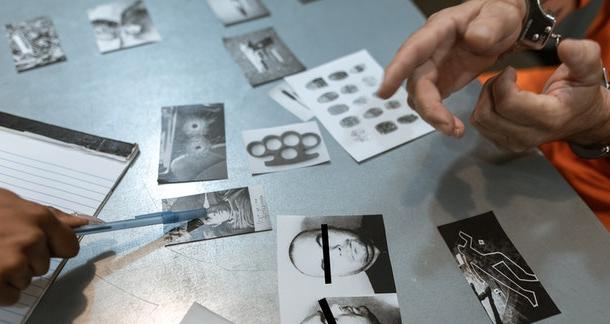 The following is a story I wrote about the story I refused to write.

“Oh my God, you should totally write about that! What an opportunity!” was the echoing presumption from my non-writer friends, after I’d relayed my chilling encounter with a local, deceased, would-be murderer; as if I hadn’t already thought about it. As if writers don’t obsess over every little thing they come across, whether mundane or extraordinary, for potential material to tweak into a piece to create order or meaning in their lives.

Sensational as it might be, me and “the Jennys'” encounter with Mr. Robertson, the owner of our local coffee company who would slowly pursue us, then threaten to kill an innocent motorist before orchestrating his own fatal suicide-by-cop scenario, doesn’t really work in a true-crime or even crime-fiction bracket. To even attempt it would be a desperate, even parasitic effort, considering the shadow of mental illness looms heavy in the tale. In 2019, 20.6% of American adults were struggling with mental illness. That’s 51.5 million of us – 1 in 5 adults. We're talking pre-pandemic, which exacerbated these numbers greatly. So, it’s safe to say that because of that, this story isn’t that sensational after all. Just another day in America, really…

As if writers don’t obsess over every little thing they come across...for potential material to tweak into a piece to create order or meaning in their lives.

For context, here’s what happened:

On Saturday morning, February 13th, me, Jenny #1 and Jenny #2 were leaving our local swap meet, walking back to our cars. To our right, we hear invasive EDM emanating from a souped-up stereo in a new black Mercedes convertible. The top was down, displaying the driver; a sneering, arrogant Matthew McConaughey-type guy in black shades, staring at us. He slowed to the pace of our walk, creeping alongside us.

Jenny #1 starts cursing under her breath, “What the fuck, dude?” among other profanities. Since her car was parked closest, she hastily exited the scene, leaving him to continue his slow pursuit of me and Jenny #2. I saw Jenny #2’s car was close – in fact she was already walking towards it – signaling me to calmly walk to my car as I keep my eye on her. Suddenly, the black Mercedes whips hard to the left, zipping into the parking space beside hers, so close to her car she can barely get her door open.

Had it been five years prior when I was more likely to find any excuse to get in someone’s face and egg on a fight, I would have been over there immediately. Instead, I observed closely, on guard for any signs of escalation. Jenny #2 and I made eye contact. “Everything cool?” I mouthed.

She gave me a nod. “One minute, hold on” she mouthed back, as he leaned over his passenger seat, talking to her with his hands, wildly animated.

“Just so you know, I heard everything you guys were saying about me back there… Let me just say, you shouldn’t hate people just because they’re rich. You shouldn’t hate money, or else it will just stay that much further away from you. You shouldn’t spread hate. In fact, I was actually put on this Earth to spread love. My name is Mr. Robertson, I own the High Desert Coffee Company…”

He reached out his hand, what looked like an attempt to shake hers. Instead, he gave her a plastic medallion, like an AA chip – only it was inscribed with the words SPREAD TRUTH THROUGH LOVE.ORG.

“Uhm, okay?” was the best reply Jenny could muster. Beyond the presumptuous nature of his whole “all is love” lecture, he was dominating the conversation so she couldn’t get a word in. After she was finally able to enter her vehicle, I pulled behind her and followed her to her house where she relayed the unnerving exchange.

Just two days later on Monday, February 15th, after a traffic confrontation in a parking lot, Mr. Robertson pulled a gun and put it to the head of the other motorist. “Do you want to die?” he asked him.

Those who were put on Earth to spread love obviously work in mysterious ways.

When Mr. Robertson sped away, the victim called the cops. Deputies were driving to the scene when dispatch told them Robertson was traveling westbound on Highway 111. Deputies tried pulling him over before he finally drove into The Desert Horizons Country Club where he was trapped at the gate. Robertson then exited his car, approaching the police as they ordered him to get back in the vehicle. “END MY EXISTENCE!” he said, before pulling the gun from his jacket, pointing it at the cops, saying “SHOOT ME OR I WILL SHOOT YOU!” The cops then opened fire on Robertson, who was soon declared dead by Cal-Fire who arrived on the scene, despite life-saving efforts.

None of it adds up, right? Therefore, there is no tidy narrative in it that would satisfy the obsessive everything-in-its-place true-crime enthusiast – all twist, with zero unfurling payoff. That’s the thing – even as I write this, I feel sick to my stomach reducing this tragic incident to whether it “works” or not.

Because life is not really a story. If anything was proven in the strange case of Mr. Robinson: it’s that life is, at best, a series of random events that overlap jarringly when they’re not violently colliding, and all we can really do is harness as much of our consciousness as possible if we expect to stumble through it without dying young like Mr. Robertson at 33. 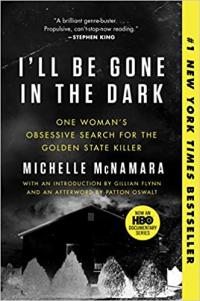 I did that thing we tend to do – because of me and the Jennys' encounter with Mr. Robinson two days prior to his death, I ingratiated myself into a story that essentially had nothing to do with me; relaying our encounter as a near-death experience. “I know he had that same gun on him when he was advancing on us with that loaded gangster arrogance – if I would have gotten in his face to leave us alone, he definitely would have blown my brains out!” I devised an over-reaching theory of my own questionable death-obsessed whimsy I could never prove. But that’s the story I was telling everyone, spilling out like vomit to anyone who would listen.

Immediately after the incident, word spread fast in our small high-desert community where Mr. Robinson was a substantial public figure. Words that turned into half-truths which then turned into unsubstantiated rumors – all which painted Mr. Robinson as some kind of mythical desert boogie-man, despite the efforts of his outspoken sister who made sure everyone knew what a peaceful, kind person he was who wouldn’t even hurt a spider, despite his recent fatal unraveling.

Now, if I was a psycho, I would’ve pursued the story with unhinged, exploitive Nightcrawler gusto, using my journalistic entitlement to intrude on this sister, Robinson's employees, the cops, whoever – to get the real juice, the details that fell through the cracks, uncover the cover-ups, AKA get the WHOLE STORY, BECAUSE “THE PEOPLE” (wait, who?) DESERVE TO KNOW – forcing them all to relive a horrible inexplicable tragedy they’d much rather move on from just so I could satisfy my own suppressed imbalances.

It was only fitting that shortly after the incident, I binge-watched I’ll Be Gone in the Dark: One Woman’s Obsessive Search for The Golden State Killer. How could I not get sucked in, where McNamara’s tunnel-vision research led to the unimaginable catch of our state’s most prolific serial killer? Meanwhile she’s addicted to opiates (to focus!), leaves her daughter, husband, and publisher in the lurch, then eventually passes away after succumbing to chemical misadventure? In the end, my take-away wasn’t the triumph of finally catching Joseph James DeAngelo; it was a cautionary tale for writer’s tendency to overindulge in their obsessions while their immediate world falls to pieces. Anyone who’s read Balzac’s Quest of the Absolute knows this tale if they haven’t lived it themselves.

Nothing should be off-limits to write about. But when it comes to true-crime, do yourself a favor and ask: Why exactly am I writing about this? If your answer is somewhere along the lines of: “I must live vicariously through other people’s tragedy instead of dealing with the twisted wreckage of my own shattered life,” then you might want to travel inwards instead of out; where the darkness can be so pitch black, it often takes more bravery to confront.

Get The Quest of the Absolute at Bookshop or Amazon

The true-crime genre has been hugely successful over the past decade. This particular sub genre of fiction has captivated audiences keen to learn more about the events that shaped our modern world. You need to check this write my research paper cheap to get more tips for complete their university task easily. The concept of reading about the violent crimes that took place across our history is far from new, but the genre has captured the hearts of people over the last decade.