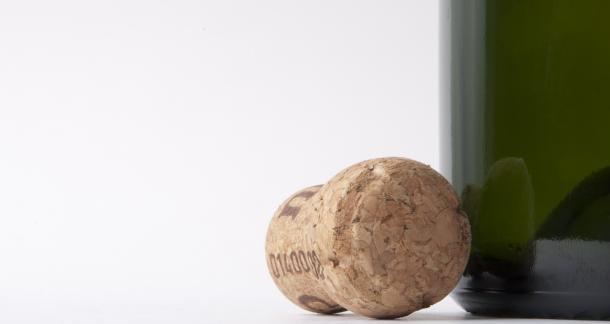 I use New Year’s to make a solemn promise to myself.  A New Year's resolution to renew myself as a writer, as an artist. As a human. Then I drink a huge glass of something, followed by a dainty glass of something else, and then eat an entire bag of BBQ chips and pass out mostly dressed. Truly, it's a banner start to every year.

You might be shocked to hear that after such an auspicious beginning, most of these writerly resolutions fall apart. Some slowly Peter out over the year, a term that should be offensive to me except it perfectly describes what happens when I give up. Others explode in a more dramatic fashion. The one thing all my writing resolutions have in common—none of them worked.

Which is why it didn't work. I can type 500 garbage words. Believe me, I've done it many times. Some of you are probably thinking that I'm doing it right now. Well, joke's on you because at the end of this sentence, we'll only be at 240 garbage words! That's half as trashy as you accused me of being, thank you very much.

The secret flaw of an unambitious goal is that the failure really, really stings.

There’s nothing wrong with typing 500 garbage words per day. There are way worse uses of your time. Instead of writing 500 garbage words about a machine that turns fluids into urine, you could actually BUILD said machine. But even so, the 500 words plan didn't do me a whole lot of good.

My problem was, the 500 word mark was as far as I took it. There was no second stage, no improvement. In a quest to reach 500, I abandoned editing almost completely, and for me, editing is crucial. WIthout a second and third and fifth look back through my words, through that mess, my work didn't get very far. I never filtered through the garbage to get to the gold. Much like Mr. Piss could have filtered through garbage to get to the golden...

I already know what you're thinking after that last one. No, I didn't use my 1000 words to write about a more complicated machine that creates a facsimile of solid human wastes. Don't worry.

Because I am good at learn, I decided that 500 didn’t work, so the obvious solution was to DOUBLE the number. 1000 words per day is a lot, but hell, if I got those out, I'd be a rich famous writer by the end of the year. Or, at the very least, have enough manuscript pages lining the walls of my apartment that if a pile fell, it would crush me. An ironic, poetic death. So, win-win.

I completely screwed up. Or a version of me did. Allow me to explain.

Past Pete was also the guy who figured that if he missed a daily word count, no worries, Future Pete’s got it covered. Which meant Future Pete had some 5K weekends, and I don't mean the kind of 5K that benefits cancer kids. I mean the kind where Future Pete gets to type in his darkened apartment, aka Cave of Hate, and help nobody at all.

It’s good for me to have an ambitious goal. But there’s also something to be said for setting the bar somewhere in the neighborhood of reality.

1000 words per day is too damn much. You get two days behind, and then you’re writing 3,000 words in one day, just to catch up. And here's the kicker no one tells you about: hope you didn't get too fried on that 3,000 because you’ve got another 1000 tomorrow.

Look, you’re going to miss sometimes. It happens. Sometimes it’s in your control, and sometimes it isn’t, but a resolution that involves me being on the word count ball every day is just foolishness.

I had this friend who always gave up watermelon for lent. Lent being in winter and him living in Colorado meant that a slice of watermelon wasn’t a temptation he had to resist. Although I always thought it would be really hilarious if he fell down on his promise. If he made a decision precisely because it was easy, and then he failed. If you already feel half-assed for giving up a summer treat in winter, how bad a human being are you when you mess it up?

I can type 500 garbage words. Believe me, I've done it many times. Some of you are probably thinking that I'm doing it right now. Well, joke's on you because at the end of this sentence, we'll only be at 240 garbage words!

That’s the problem with the writing every day resolution. It's really easy, but you won’t be able to do it. And then you’ve blown it. And blowing something so simple, that feels terrible.

With this goal, 90% of the time it's too easy. And then 10% of the time, it's impossible. So the days you do it, you're not really that proud of yourself. You put pen to paper. Hoo. Ray. And the days you fail, you feel like a complete nincompoop. I couldn't write a single sentence today. Yet somehow I managed to eat a bag of Funyuns. I don't even like Funyuns.

The secret flaw of an unambitious goal is that the failure really, really stings. It's hard to get over. Especially when you make the resolution January 1st and stick to it all of 4 days before screwing up and looking to your old pal Funyuns to pull you out of a funk. This'll help, right? Fun is right in the name! (Note: Funyuns are a lot of things to a lot of people, but I've yet to find them "helpful".)

This one took some time to go bad. Unlike a fish, it didn’t start to stink after just a few days. But much like a dead rat corpse in the wall, when it went bad, it went super bad and then felt like it’d never get better.

On December 31st I have this great plan for how the year will go. And in January, things are cool. February, March. Then I start thinking I might want to write something besides short stories. But no! You’ve been doing so well. Hang in there. This could be your year. The year you actually accomplish something.

Then it turns into a game. A terrible game. Like Life. Not like life as in "this life we live is all a game", I mean Life as in the dumb board game. Where you cheat just because you want it to be over, and you really don't give a hot damn how many kids you ended up with or whether or not you went to college (although I do recommend not going to college because when other, more studious players screw up on spinning the wheel, you can make with a "Nice spin, college boy!").

I try to change the rules in Life to make it go by. Let's spin twice and add the totals. Let's just distribute all the cards and see what happens. Let's be very, very drunk.

Same deal with my short stories. Let's do some micro fiction. Let's revise an old story that's been sitting around for a couple years. This month only has 25 days. Let's extend into the next month.

To me, the best evidence that a game is flawed is when players are immediately looking for any way around the rules. If the rules are good and fair, then players will try to play the game. That's where their energy will go. If not, then they'll subvert the rules.

Life is a rigged game. And I mean that in both the living and board game way this time. It's all rigged, so the least you can do is take those rare chances to set rules for yourself, and make sure those rules are something you can live with.

Resolution: Write for 1 Hour Every Day

Ah ha! Now I’ve solved my word count problem. And editing counts as writing, so I’m good there too.

This was my resolution last year.

Let me compare this to another part of my life. I’m not good at sleep either. I average 7 hours per night during a great week, which means there’s always a 5-hour night in there, maybe even less. And I just read this article that said in order to get out of a sleep debt, what you have to do is sleep 3 extra hours one night on the weekend, then an extra hour every day the next week. That’s what it takes to get back to equilibrium. Which was comforting because at that point, it was clear that this was never going to happen and I might as well just accept that I'll die tired.

Now don't get me wrong. This hour of writing was a resolution that should have worked, and any of these resolutions probably work great for other people. What I was doing, the reason this didn't work for me was, I felt really busy, that there wasn't enough time to write, and the solution was adding 7 hours a week to my schedule. Which is kind of backwards. What's a bad way to ease my schedule? Add in 7 hours every week.

Which kind of brings me to the plan for this year.

It's a lot like last year's. Gone are the word counts. The numbers, really. Gone are the whimsical poo machines and the alarmingly detailed, imagined pee machines.

This year, my writing resolution is related to writing. But it's not writing.

Instead of saying I'm going to write this or that way, this or that much, instead what I'm going to do is attempt to clear out my time a little. Figure out a way that lets me make better use of the time I already have.

How will it work? I have no idea. But that's okay. For now, it's time to get a big glass of something, fill a bowl with BBQ chips, and be optimistic about 2015.

If you're a person who plays the odds, you might want to buy Funyuns stock.

Wow, you nailed it with this one! I kept checking off each of these monumental failed resolutions from my dark past. Thank you for the laughs! :D

Joshua Chaplinsky from New York is reading a lot more during the quarantine December 30, 2014 - 2:00pm

This cracked me up. Great stuff, as usual.

That was a great read.

(BTB, my sister is also a master of library science. Whodathunkit.)