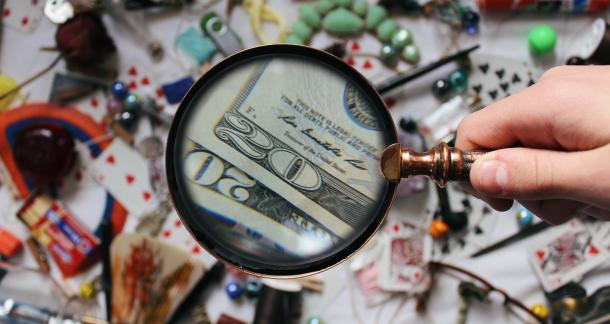 So you want to write a cozy, but you don’t know where to start? Rest assured the solution lies in three simple steps. But first, we must note that cozy mysteries are different from traditional whodunits in that they shy away from gratuitous sex and violence in favor of homespun values in a close-knit community. This could be the small town appeal of a retired cop turned pet sitter such as in the Dixie Hemingway Mystery Series or the insular nature of a specific group within a big city as with the White House Chef Mystery Series. However, the real appeal for the subgenre stems from its tight focus on an amateur sleuth whose profession or personality act as the hook on which the mystery typically hinges. In other words, aspiring cozy authors should note, it’s not enough to dream up a captivating puzzle or a shocking murder plot, you must also have a high-concept draw that speaks to the audience on an emotional level. So, how do we craft a cozy that has a killer hook aimed at leaving audience dying for more?

Start by considering the following three questions, then layer on character, community, and comedy as the answers come to life. But keep in mind that cozy readers want a story that teaches them something new, so divine answers that immerse the audience in a unique headspace—like the world of classical music found in Murder in G Major—or offer them the chance to travel the countryside of Botswana as in The No. 1 Ladies’ Detective Agency. Remember, a great hook starts with a stellar setting and a sympathetic sleuth. Take a creative risk!

Who's Solving the Crime?

Aspiring cozy authors should note, it’s not enough to dream up a captivating puzzle or a shocking murder plot...

Since most cozy protagonists are amateur sleuths, the first step is to find an intriguing profession outside the realm of law enforcement that will hold the reader’s attention, provide a solid basis for world building, and lead to the introduction of multiple characters—after all, we’re eventually going to need suspects, right? From there, build an intriguing sleuth by starting with their flaws or problems. Is your detective divorced? Does she have a phobia? Did she get divorced because she couldn’t cope with her phobia? The worse the better. Basically, your character should have some flaws that you can either turn into a point of conflict or use in a fashion similar to the antihero model, where over time those faults transform into redeeming qualities that help unravel the mystery’s twisted core.

The main character’s flaws, problems, or profession could also feed into the reason she decides to get involved in the murder. That’s the second big step to the protagonist’s characterization process—find a plausible and powerful reason for the protagonist to become involved. Two of the most common reasons the main character takes the case include a relationship with the victim, either good or bad, and/or law enforcement’s failure to properly address the crime. But whatever reason you choose, it’s essential that the concept ties directly to the sleuth so that you can then figure out when and how that character will use her strengths, weaknesses, profession, or personality to solve the crime. Active crime solving is key in a cozy because the audience wants to solve the crime along with the detective, so don’t plant your protagonist in an igloo and have all the action ski up to her doorstep. Give the sleuth a drive for detection along with the logistical freedom to get out and mingle with other people in the community.

Who is The Victim?

As noted earlier, the deceased must have a strong connection to the sleuth, but the next step in crafting a compelling victim is deciding how that person meets his end. Here’s where we must maximize our creativity because the victim and his mode of death can be just as much of a reader draw as the sleuth. And as long as the murder is plausible and well-motivated, you’re welcome to go as over-the-top as you please. Consumed a casserole of catnip and broken glass? Drove the family sedan into the community pool? Hung from a hot air balloon? The sky’s the limit! No pun intended.

But with that said, here’s an essential note: even though cozies shy away from showing explicit gore and violence—so no exploding heads!—the discovery of the body will be an essential scene you’ll need to plan in advance. That is to say, you don’t want to get too graphic, but you also don’t want to completely relegate the crime to an exposition-filled offstage moment such as “Did you hear what happened to the Sheriff?” The discovery of the body and the initial (false) assumptions about the murder are a key element of the plot because they act as the inciting incident for the protagonist turned sleuth. Therefore, work to plant such scenes fairly early in the story—think no more than fifty pages or three chapters deep. 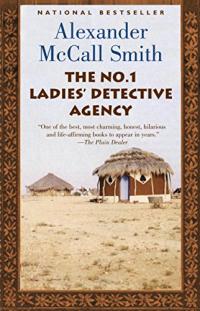 Who Wants the Victim Dead?

Decide the killer’s method, opportunity, and motives before starting your draft. Even if you’re a pantser, this is essential because all decisions thereafter will stem from this baseline. You can decide the modus operandi before or after you know who the killer is, but be logical about the choice once a character is in place. For example, don’t make the killer an 80-year-old woman but have the method be that she dragged a hundred pound anvil up a flight of stairs and dropped it on the victim’s head.

Once you have a killer, you’ll need a group of suspects to help mask the murderer’s identity. But how many suspects do you need? Three to five is a good range. Any less and the murderer becomes obvious; any more and you run the risk of confusing the audience. Create a broad range of people from those who obviously wanted the victim dead to someone who unwittingly stumbled upon the crime scene. Regardless of who these people are and what they do, make sure they all have a secret, crime related or otherwise. Secrets give each character motive to lie to the sleuth and add a fun layer of story problems that need solving prior to the murder's resolution. The suspects should also know each other so that correlations can be made and blame can be laid.

Once the suspects have been established, pick one as the killer and work to subvert expectations. Much of the process of hiding and revealing the killer’s identity will involve the dissemination of clues. The best clues are often hidden in plain sight either because that essential information is provided before it's needed or it's shoved in the middle of a long list of nonsensical things, but the easiest way to organize the distribution of clues is to think of them as three main types—real clues, red herrings, and revealing clues.

Real clues speak to the killer’s motive and help the sleuth solve the puzzle. Red herrings throw both the audience and the detective off the trail. Revealing clues are those that provide a turning point in the plot, like a second dead body or a confession that doesn’t quite add up. Use all three clues liberally throughout to keep the audience guessing and to help with pacing, since every mystery runs the risk of devolving into an endless series of Q&A sessions.

A final thing to note about the killer in a cozy is that unlike suspense thrillers or mysteries with a harder edge, both the killer and the victim need to not only have standing in the community, but also their presence and eventual absence must have an emotional or psychological impact on the sleuth and the overall story. This goes right back to where we started, in that, the community connection and the story’s overall environment become key. Endeavor to create a world that is large enough that each character’s on and offstage life—work, school, marriage, et cetera—could conceivably play a role in the victim’s downfall and the killer’s motive.

Crafting a mystery series can be fraught with peril, but tackle these three questions and you’re guaranteed to unlock what lies at the heart of the terror.