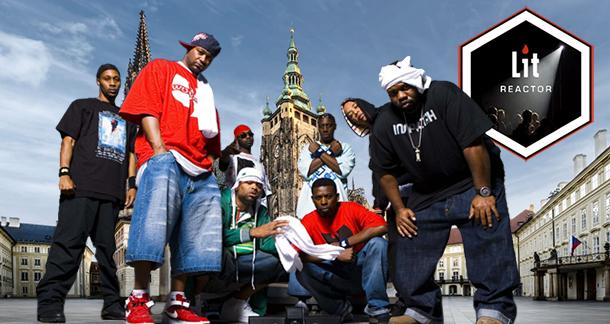 Why do people love the summer so damn much?

Whoops, hang on. Whenever I make curmudgeonly statements like that, my eyebrows grow out to Andy Rooney lengths and I have to comb them back so I can see the keyboard.

As an adult who doesn't get summers off, summer is quite possibly the worst season. Sure, there are some good things. There are patios and buckets of beers on those patios. But there are also a lot of terrible things we tend to forget about. A brief list?

But that's enough about why summer stinks. Especially considering that we're at the beginning of the summer. No need to bring everyone down.

In fact, one of the ways I've learned to deal with the existence of summer, as it doesn't seem to be going away despite my multiple tweets and emails to various suspected Illuminati members, is to create an opposite list, a to-do list that reminds me of the great stuff I have to do during the summer.

Yeah, there's a pattern here. And it's self-destructive. And shut up.

This summer, we're bringing you a spotlight that showcases some of the stuff that can keep you busy. Some of the things going on around the LitReactor community that'll help you forget you're living through the longest-running, worst season (the "worst" season was Winter II, which was like winter but with more frost giants. However, that one was short-lived).

We've got books and stories by members, some good stuff going on in the community forums, and much, much more. All of it designed to take a little bit of the sting out of the hellish hellbound hellscape that is summer. 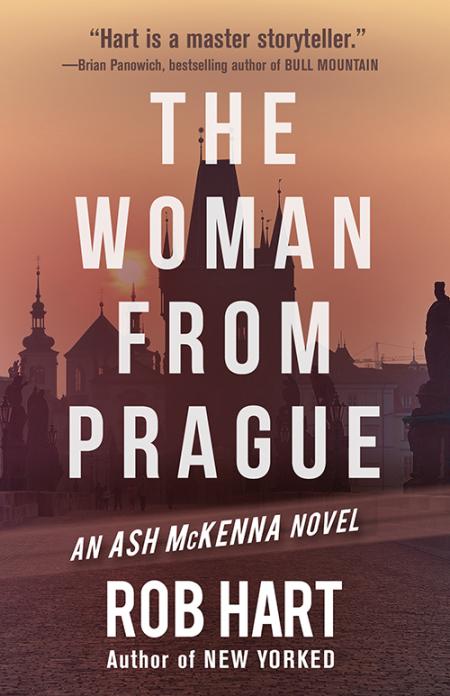 If you've been following Rob's Ash McKenna books, you know we got started in New York (New Yorked), switched coasts for Portland (City of Rose), headed down south to Georgia (South Village), and now, in the forth entry, we're hitting The Golden City, The City of a Hundred Spires, the Symphony of Stone: Prague.

The Woman From Prague was listed by Publisher's Weekly as one of the Best Summer Books for 2017. Here's a quote from PW:

The book's official release date is July 11th, but you can pre-order it now, you lucky ducky! Start your summer off right. Catch up on any of the Ash McKenna books you haven't gotten to yet, and then read The Woman From Prague.

And if you want to meet the man himself, Rob's hitting up Manhattan, Staten Island, Scottsdale, Portland, Austin, and Houston on book tour this summer.

Rob Hart is the author of New Yorked, nominated for an Anthony Award for Best First Novel, as well as City of Rose, South Village, and coming in July, The Woman from Prague. He is also the publisher at MysteriousPress.com and the class director at LitReactor. His short stories have appeared in publications like Thuglit, Needle, Joyland, and Helix Literary Magazine. Non-fiction has appeared at The Daily Beast, Salon, The Literary Hub, and Electric Literature. Scott Free, a novella he co-wrote will James Patterson, will be available in 2017.

'This Book Ain't Nuttin to Fuck With: A Wu-Tang Tribute Anthology' 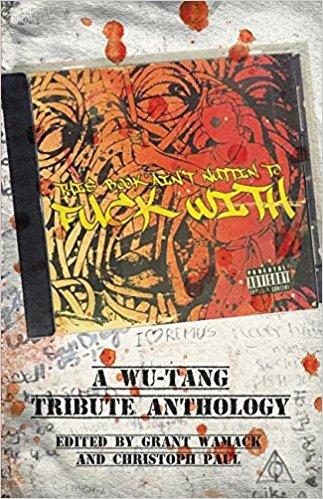 Featuring a ton of LitReactor talent, This Book Ain't Nuttin To Fuck With is a collection of crime, horror, bizarro, science fiction, ninja action, noir, mythos, and literary fiction that is not to be missed.

My advice for a great summer? Grab this book, put on 36 Chambers, and get to reading. Maybe take a break for "C.R.E.A.M." 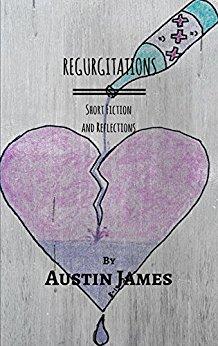 All that sunlight getting you down? Looking for a little darkness? No problem. Austin James has just what you need.

Austin just published Regurgitations: Short Fiction and Reflections. The book contains two stories heavily inspired by some of the craft essays and workshopping from LitReactor's earliest iteration, The Cult.

The stories and poems in this collection all have an edge. The kind that can cut. All previously published, these are Austin James’s regurgitations. Reflections on human emotion and experience. Stories about the failings of love and the sharp, twisting knife of loss. Poetry that reveals the tragedy that is winter, the painting that is the rearview mirror, and the feeling in the stomach that only the right nutmeg blonde can produce. In this collection are two short stories and three poems, each ready to impart something, maybe wisdom, to the reader.

Austin has been a part of multiple prose and poetry workshops. You can find his work at Troubadour 21 and Bartleby Snopes. Austin studied poetry and creative fiction at the College of Southern Idaho, where he graduated in 2009.

Book Club: Back From The Dead 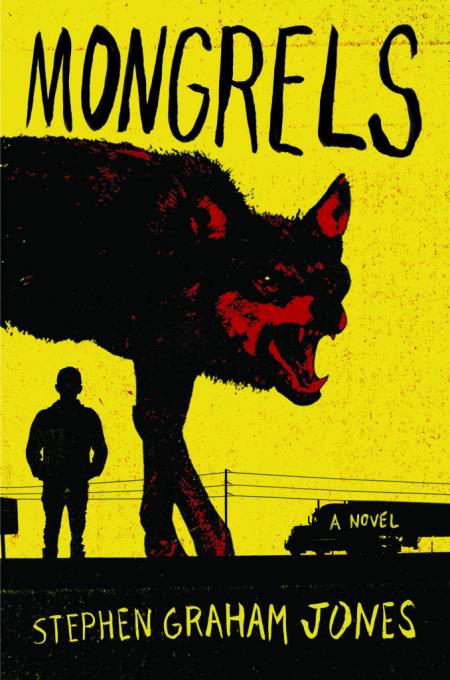 Some of you might remember that we used to have a pretty solid book club rolling here. User Charles is taking another stab at it, and right now we're reading Mongrels by Stephen Graham Jones.

A piece of the discussion:

I wonder if the "other" in question here are simply the people we never get to know all the way. The kids who spend each new school year in a new school, a new state, maybe. Or, if the 'other' is really our families, those people we live with, but only sort of know, and never know which of their stories are total horse shit, and which ones we should really give credence to.

Join in. Talk Mongrels with us.

As a bonus, the first person to comment below with "I want it!" will get a free copy of the book, shipped by yours truly.

Because we do quite a bit of talking about writing here, we're also trying out a new kind of book club. This one is all books about the craft of writing. We'll be hitting some classics (On Writing, Writing Down The Bones) and some newer stuff as well.

The best part of reading stuff like this, the most useful part, is talking about it with other writers.

Our first selection is Writing Tools by Roy Peter Clark, which is a total classic and very underrated.

Join in. Talk writing with us.

An old thread is back from the dead, one that consists of quick writing prompts. These are all unexpected, they all hit you by surprise, and they're all excellent.

My phone's photo gallery was erased and replaced with one picture... of me sleeping. I live alone. 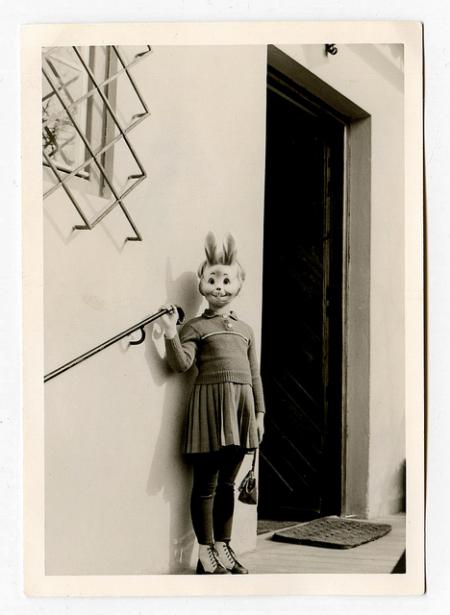 Want a couple reading lists for the summer?

How about Satanic Summer: Horror Fiction For Hot Days?

Maybe a western suits your fancy? 8 Raw Westerns To Read This Summer.

And, of course, My Summer Of Sarah Dessen.

If you can't find a single thing to read amongst that lot, I'm out of ways to help you here.

That wraps up the spotlight, but it doesn't nearly outline everything that's going on 'round these parts all summer. We've got 16 different online classes scheduled this summer. The Writer's Workshop is a great place for critique and feedback, especially if your regular crew is hard to nail down this summer.

Between the reading you've got here, the prompts, the classes and the book clubs, summer will be over before you know it. Thank god.

Dan Yuhas from Las Vegas is reading Dark Age by Pierce Brown and Growing Things by Paul Tremblay May 29, 2017 - 9:31pm

Dan Yuhas from Las Vegas is reading Dark Age by Pierce Brown and Growing Things by Paul Tremblay May 29, 2017 - 9:34pm

I really dig SGJ and have been meaning to read 'Mongrels'. I'm also looking forward to checking out the Wu-Tang book as well.

Community Manager
helpfulsnowman from Colorado is reading But What If We're Wrong? by Chuck Klosterman June 1, 2017 - 6:16pm

Sweet! PM me a mailing address and it's yours! Thanks for playing! 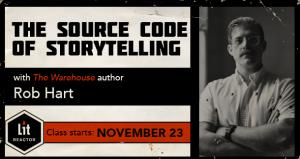