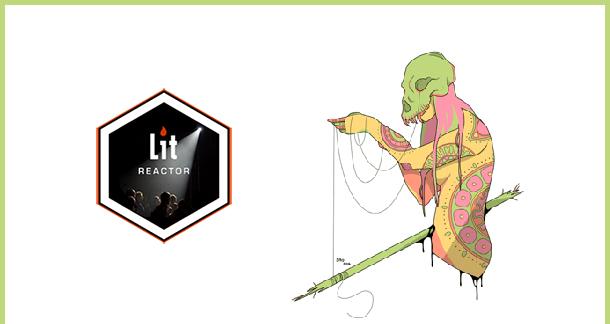 It's been a little while, but the Community Spotlight is back!

It's my first time putting the Spotlight together, and just in case it's your first time reading it, let me tell you why this matters. Because it's a lot more than just a list of stuff to read.

Speaking from the back end of things, I can tell you that the Spotlight matters because it's a way to see the level of greatness lurking around the writer's workshop here. The quality of the work you'll read and review, and the quality of the feedback you'll get.

I know that sounds like a lousy, business-y, forced thing to say, but it's true. It's my honest opinion. After looking through the submissions for the Spotlight, I'd be hard-pressed to name a place where a nobody like myself gets the chance to put his work in front of so many great, talented writers and editors.

With all that, I'll give everyone here two pieces of advice:

1. Check out some of the stories linked below. They're incredible.

2. If you've been thinking about hitting up the workshop on this site, do it. It's back to school. Hit the workshop, sign up for a class. Get back into your writing. Be the person who, this time next year, is sending me your success story.

Writing Around the Web 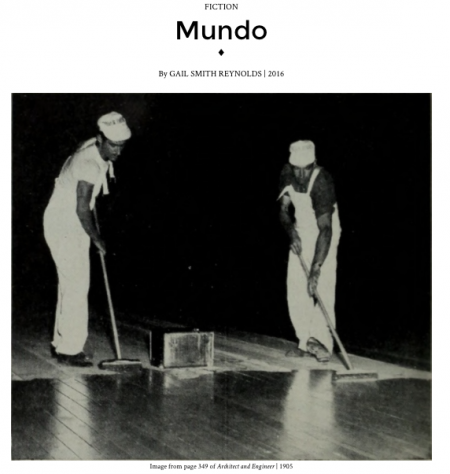 Community member and workshop contributor Gail Smith Reynolds created a piece, "Mundo," during her time with the University of Iowa creative writing MOOC. As Gail puts it: "My first paid work netted me $100.00, the most exciting hundred bucks I ever earned." Ka-ching!

She spun on the barstool like a little girl. Mundo leaned into his mop handle. He could smell the sour rot of kitchen grease and bathroom floors rising from the puddle of filthy strings at his feet. He had no socks and the insides of his leather shoes were slick with sweat and mop water. 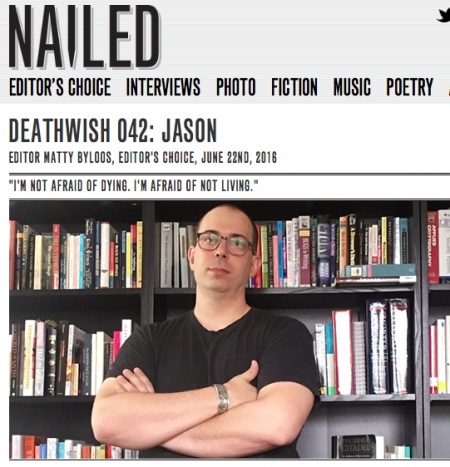 Jason Musgrave recently finished the class "Minimalism with Chuck and Suzy," Chuck Palahniuk and Suzy Vitello, that is, and has a short piece up on Nailed magazine.

Hi, Dad. Your son is in stage three. There are only four stages. Nowhere to hide those thoughts. You learn what matters.

Check out his deathwish here.

And hey, while we're on the topic of death and wishing, Neil Krolicki also has a deathwish up at Nailed, "Deathwish 039":

The good news is, you’ll never be that old man on TV, sucking down chalky shakes so his bones don’t go eggshell fragile. The geezer who didn’t save up enough for his retirement and chews pills to stay hard.

You can read it all here.

Not one to rest on his deathwish laurels, Neil's also got a story, "The Prince" up over at Shotgun Honey as well:

And her hair smells like something citrus. Grapefruit? But with vanilla, maybe. Something sweet, like she is, I can tell already. Just how Mikey was trying to explain her through the duct tape. Strawberry blonde. A gap in her smile, but the cute kind.

C. Patrick Neagle has a story up at The Rag. Here's a bit from "The Human Argument":

The alley behind Club Barista was chilly for a spring night in the Gulf. An old-fashioned bulb in a battered tin shade above the back door of the club didn’t do much for heat, but it did cast a pale light that shook itself off the walls.

On a different note, C. Patrick Neagle has been writing parody plays for a troupe in Springfield, MO: Batman Vs. the Blanketeer, Wonder Woman: Enter the Nazis, and A Game of Pizza.

C. Patrick lives in the Pacific Northwest in the Columbia River Gorge and writes a lot when he isn't out hiking, camping, or trying to borrow somebody's kayak since he doesn't have his own yet. When he isn't doing one of those things, he can probably be found pouring wine at the 2016 Oregon Winery of the Year or teaching college-level Composition classes onboard US Navy ships. Follow his blog at c-patrick.com. 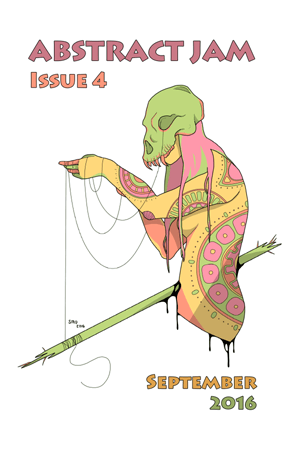 She sucks in her sunburnt belly as acid burns her throat and bile oozes between her teeth. With gravel digging in her knees, she looks up from the gutter; yellow dribble hangs off her lower lip.

The entire issue is currently available for free download.

Dan Frazier is an entertainment journalist who has contributed to Entertainment Weekly, BlackBook, NYLON and SPIN. 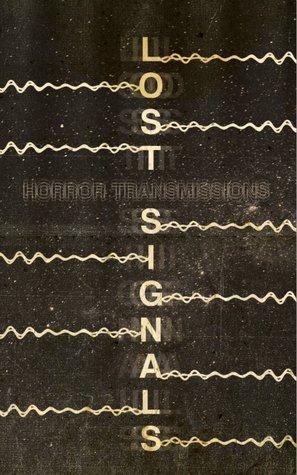 I'd be remiss if we didn't bring up Lost Signals, the "...tome of horror fiction featuring radio waves, numbers stations, rogue transmissions, and other unimaginable sounds you only wish were fiction." Edited by LitReactor contributor Max Booth III and featuring stories by LR stars, this one's not to be missed. If you're looking for a Halloween read, you could do a lot worse than Lost Signals.

Last but not least, a story with a great LitReactor origin story. Garrett Davis has a story, "Gorgon," that started out as a Thunderdome battle submission, was workshopped here at LitReactor, and has now been accepted for publication in the upcoming issue 26.3 of Freefall magazine. Look for issue 26.3 here.

Community Thread to Check Out

If you haven't visited the thread "Med Question for Jose," you are missing out on some serious advice for handling debilitating injury in your work, not to mention some seriously riveting reading:

Give me a double leg amputation, sucking chest wound, open head wound, with a possible occlusion to the upper airway. You can throw in some burns for added effect, maybe even an eviscerated abdomen. Give me a full med-kit, one other person I can direct to help, and I'd have a 50/50 shot at saving their life.

Stumble on in. I've been here a couple of months. I'm staying. I took a class, wrote a not very good 4,000 word story. I stumbled in. Still stumbling, still writing. Come on in and stay awhile. Start wherever you are and here you are. Welcome.

@Daltonwriting on Quotes from non-famous people:

Equine Anesthesia is very dangerous.  When a horse is waking up, only 2 thoughts run through their heads: Homicide or Suicide.  For your sake, hope it's suicide.

Will there be a Community Spotlight in October? That's up to you. If you have a piece that goes up somewhere, a self-published eBook, or a personal achievement, click over here and fill out the form. Let me know about it! Tell me about anything worth talking about. Please. So lonely. So, so lonely...

Appreciate the write-up Mr. Derk. I don't care what people are saying about you, I think you're a real decent person!

(PLUS losta Colorado represented here, woo hoo! See? We can put the bong down long enough to be productive!)

Always impressed with the talent involved at LitReactor. Looking forward to October.

Community Manager
helpfulsnowman from Colorado is reading But What If We're Wrong? by Chuck Klosterman September 24, 2016 - 11:58am

@Neil: Thanks! Funny thing, I don't care either! Yeah, CO came out big time. Take that you sober losers!

@Dan: All I did was put it together. You all did the hard work. Thanks for writing!

@Helpfulsnowman Thanks for the write up.  Colorado represent.  Also, Klosterman is intereviewed about the book you're reading on one of my favorite podcasts:   http://www.econtalk.org/archives/2016/08/chuck_klosterma.html

Community Manager
helpfulsnowman from Colorado is reading But What If We're Wrong? by Chuck Klosterman September 27, 2016 - 6:14pm

@Mugsy: I'll have to check that out! I search iTunes for Klosterman every so often because I'm that kinda nerd. Thanks for point me straight to one!

Thanks for the article and the spotlight. Really nice job.

I'll add my thanks to those above. Thanks for putting the word out there!