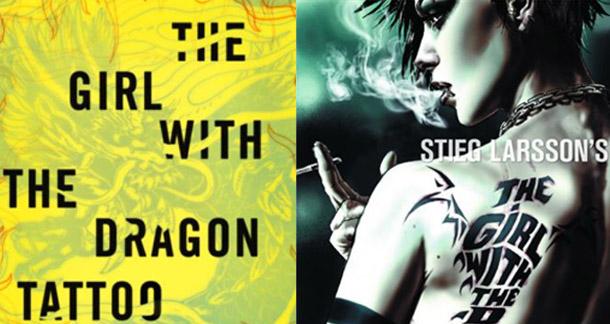 Comics have long been a breeding ground for material to adapt into film and television projects, a practice which has only increased in recent years. For example: Steve Niles famously turned his screenplay 30 Days of Night into a comic after the script was summarily rejected. Once it became popular as a comic book (with art by Ben Templesmith), Hollywood came knocking and it became a major motion picture in 2007.

A common train of thought is that comic book stories are easily adapted for film and television because they've already provided a storyboard for how to shoot them. This is of course false, as comics are a drastically different medium than film, and assuming you can copy work directly from one medium to another is a recipe for failure. It can be an interesting experiment – Sin City is an example of a film that hews as closely to the comic as possible, reconstructing actual shots, exact dialogue, and even visual style. But there are times when the creative choices made are the best ones for the medium of comics, not the best ones for the film. Ultimately, I don’t believe Sin City is as good a film as it could be; it’s just perhaps the most faithful to its source material, and those aren’t necessarily the same thing.

Assuming you can copy work directly from one medium to another is a recipe for failure.

Often I’ve found films that stay incredibly close to the source material to be problematic. The first Spider-Man film (2002) has a lot of dialogue that could be (and perhaps is) taken directly from the Spider-Man comics. But that dialogue, which works well enough in those tiny panels on the page, becomes laughable when said without irony by Tobey Maguire and Kirsten Dunst on a 30-foot theater screen. Writing in a scene like that demands an acknowledgement of the strengths and weakness of the medium it’s being translated to. When a project lacks that awareness, it suffers badly.

Having read the book and seen both films, I have to say that despite my love of comics as a medium, the graphic novel (volume one) of The Girl With The Dragon Tattoo is the least successful of all the adaptations. Largely because it’s arriving last on the scene and brings nothing new to the table. The art is stiff and soulless compared to the visuals in both films, and the portrayal of Lisbeth (both visually and otherwise) is the least accurate and authentic, pushing the sexy (especially on the Volume 1 cover) in a way that makes no sense for the character and themes of the book. Perhaps most frustrating however, is the decision to chop the graphic novel into two seemingly random pieces. Slicing up the story in a way that makes little sense, which destroys the beauty of Larsson’s original narrative and pacing.

When I decided to write this piece, I thought surely I could come up with some great examples of “reverse adaptations” – books and movies that became comics last, instead of first. Examples that would be a great counterpoint to how The Girl With The Dragon Tattoo got it wrong. But I’m either even less well read than I’d assumed or there just aren’t that many good examples out there, because I’m coming up fairly empty. While I can think of dozens upon dozens of comics turned into movies and television shows – some wonderful and some atrocious – I haven’t been able to come up with any examples of the comic coming last and still bringing something significant to the table. Please sound off in the comments if you can think of some!

Adaptation remains one of the trickiest things to pull off in any medium. Embracing and honoring the source material, while making it fit to your new parameters is a balance not everyone can achieve.

While I’ve always believed that comic book adaptation is a delicate art (and am more convinced than ever after working on this piece), one thing I’ve been thinking a lot about lately is how well comics operate as an expansion of an already existing work. They are not technically adaptations, because they generally consist of new/original stories based in a pre-existing property. Comics have had a lot of success with books like this. Popular cartoons Adventure Time and My Little Pony: Friendship is Magic both have successful (and quite good) comic books that showcase the cartoon’s characters in standalone stories, separate from the cartoon itself. Adventure Time and My Little Pony both have visuals that are incredibly on-model to their animation property and are thus easily recognizable to fans, yet they still take the comic medium into account nicely.

Buffy The Vampire Slayer is one of the most successful and popular examples of this type of adaptation. Though there were Buffy comics prior to the end of the television show, when the final season ended in 2003 the story continued in the comics with “Season 8.” The comic, as a direct offshoot of the show, gained more focus (and quality in this writer’s opinion) and is still ongoing today. In fact, it’s currently in the midst of “Season 9,” and like the show itself has its own spinoffs – currently an Angel & Faith series, a Willow mini-series, and a Spike mini-series. Another high-profile example, and one a long time in the making, is the current Star Wars series from Dark Horse by Brian Wood, which expands on the adventures of original characters from the first film (er, Episode IV). Though there have been a ton of novelizations of Star Wars over the years, this is the first non-canon, continuity free adventures in comics that let stories of young Luke, Leia, and Han be told – some 30 years since the original films.

Comics has a great advantage in continuing films and television in that it has the same visual touchstones viewers have become used to, as well as the benefit of continuing indefinitely. Actors will never age or neglect to re-up their contracts. Since these aren’t adaptations, they don’t have to struggle with the reimagining — they can be whatever they want and need to be for their medium.

Adaptation remains one of the trickiest things to pull off in any medium. Embracing and honoring the source material, while making it fit to your new parameters is a balance not everyone can achieve. I look forward to seeing comics become a medium that creators are interested in seeing their work adapted into — whether it be early or late in the evolution of that project — but I do hope the creators responsible for those adaptations get better at finding out how to make them work in the new format.

Would the Gunslinger comics work? Though they were telling a different story than the Dark Tower novels, I suppose, and there isn't a film. I personally didn't like them, but I wasn't as invested in the past characters and stories from the series as some others are. I hear it only gets better as it goes, but haven't felt the desire to invest my time.