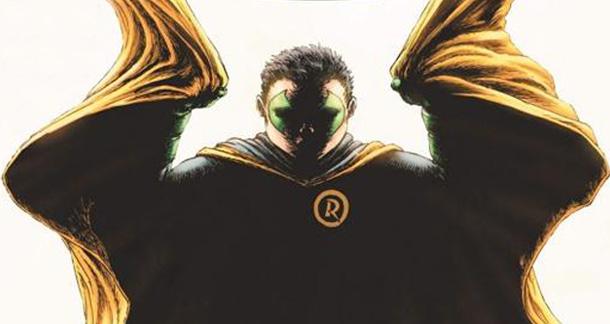 It’s one of the first things you learn as a comics reader — don’t get too emotionally invested in the death of a character, cause they’ll be back. Usually before you can even miss them. The latest to suffer an irrelevant death is Batman’s most recent Robin, aka Damian Wayne, Batman’s son, aka the grouchiest Boy Wonder ever. This death, spoiled prior to the release of the comic just about everywhere, was a long-planned plot point of Grant Morrison’s in his Batman Inc. series. While the book itself (Batman Inc. #8) is actually quite good, and Damian’s death was a moving (and horrible) moment, one that Morrison likely did/does intend to be permanent, comics fans know that DC will find a way to bring back the popular character in short order. Hell, his mom and grandfather own a damn Lazarus pit, even if his mother was the one that signed his death warrant. So why do we care?

The list of significant characters that have died in comics is massive; the number of them that have stayed dead is miniscule. Just a small sample of the characters that have died (or appeared to die) and come back (at least once) include heavy hitters such as: Batman, Superman, Flash, Green Lantern (Hal Jordan and Guy Gardner), Aquaman, Green Arrow, Wonder Woman, Captain America, Bucky Barnes, Robin (Jason Todd), Robin (Stephanie Brown), Hawkgirl, Hawkman, Jimmy Olson, Ant-Man, Elektra, Hawkeye, Green Goblin, Human Torch, Iron Fist, Ms. Marvel, Nick Fury, Punisher, Thor, Wasp, and a slew of X-Men including Colossus, Magik, Psylocke, Professor Xavier, and the most famous X-death of all, queen of death and rebirth - er, retcons - Jean Grey.

How are we supposed to care about stories or characters when nobody can stay dead in comics?

There used to be a saying regarding comic book death: The only people who stay dead in comics, are Bucky, Jason Todd, and Uncle Ben. Meaning, since those characters meant more to their counter parts (Captain America, Batman, and Spider-Man, respectively) dead than alive, they are allowed the permanence of a true death. Of course, if you’re paying attention, you’ll notice that both Jason Todd and Bucky Barnes are in my list of those that have indeed returned to life, so even this saying has been undone. Only poor old Uncle Ben remains dead. Perhaps you could add Thomas and Martha Wayne to the list…but really, anything is possible.

But all of this trivia be damned – how are we supposed to care about stories or characters when nobody can stay dead in comics?  There are two simple reasons that these stories aren’t allowed to just be.

#1. Ongoing comics never end. It’s hard to let anything be permanent when you always have to squeeze for more stories. It’s exceedingly difficult to continue creating new stories for characters that have been around since the 1940’s. Death sometimes probably seems like a good idea. Desperate times, desperate measures. Add to the fact that ongoing comics have the very natural problem of constantly shifting creative teams. This is great because it continually brings new blood into books, but new creators don’t always agree with what came before, or have a story that “must be told” but can only be told if other things are retconned away. And so the machinations begin to make that world and book what they need it to be to tell their story, and damn the consequences.

#2. Major ongoing comics are frequently owned by corporations, not creators. The biggest problem with the irrelevant death is in superhero comics, and specifically at the big two – Marvel and DC. Because while creators may come and go, at the end of the day it’s the companies that own these characters and are invested in keeping them alive as properties indefinitely. And while I can understand that, I can’t help but feel characters, books, and readers would be better off if we had more creator owned books.

Creator owned books with definitive ends are all the more powerful for their ability to be lasting and memorable – Brian K. Vaughan’s Y The Last Man, Alan Moore’s Top Ten series, Alan Moore and Dave Gibbons' infamous Watchmen, and even books like Art Spiegelman’s Maus are all the more powerful because they are not infinitely ongoing, and as a reader you know you’re never getting those characters back (let’s all choose to ignore Before Watchmen). I feel free to mourn deaths in these books because they are true deaths and they cannot be undone. There are, of course, some examples of ongoing books that manage to have true deaths with real meaning – but those are generally creator owned. For example, The Walking Dead is a popular ongoing series that has managed to avoid this trope of death’s revolving door, though they have skated close to it in the last year with some suspect injuries (I’m giving you the side eye for that Carl situation, Mr. Kirkman). Some combination of creator-owned books and books with definitive endings are the answer to making death – which should be the highest and most important stake of all - relevant again in comics.

But since Batman & Robin are neither creator-owned nor capable of having a definitive ending, I can only say that I’d love to miss you Damian Wayne, but the truth is, you’ll likely be back before you’ve even had a chance to drift into the background of my memory.

leahzero from Chicago is reading everything Fitzgerald wrote. March 13, 2013 - 8:42am

THIS. A million times this.

This is one of the reasons I don't bother with Western comics (or soap operas, which are quite similar)--there are no lasting consequences of any sort, because the series is based on recurring characters and the writers are too lazy or too pressured by marketing dipshits or whatever to let consequences stick.

When you know that anything bad that happens can and will be reverted when the franchise is inevitably rebooted, you have ZERO TENSION.

Stories without tension are boring.

I do find that graphic novels, manga, and other non-mainstream-Western-comics tend to be better about this. They'll tell a complete story arc that has finality and closure. Dead characters stay dead. Sacrifices mean something. I much prefer that sort of storytelling.

I don`t mind particular authors' runs with an ongoing character - like Grant Morrison taking on the X-Men - but I don't read the X-Men as a rule. In that way, his story arc may be part of a larger continuum, but it still has elements that can be seen to stand alone.

Steven Erikson's huge fantasy series Malazan Book of the Fallen has a similar impermanence about death. A lot of the characters come back, although they are resurected, or zombies, or any number of other types of revenants. Some are dead and stay dead, but this isn't always the case. As long as its understood as being part of the nature of the world he's created, then it's fair game - provided one plays by the rules. Hood, the god of death, doesn't let just anyone out.

It's relevent if you read the story as being self-contained rather than one that never ends. Jean Grey's death during the Dark Phoenix saga was heartbreaking. We can pretend it wasn't invalidated later when it was revealed that it wasn't her. Morrison's runs on titles should be read as if they are their own things. Magneto REALLY died. Xorn WAS Magneto. The original Xorn was only his disguise. Damian is dead forever in my eyes, but perhaps not in DC's.

If you look carefully, you'll see theres been no real new lives (characters) being born either. Damien Wayne was a rare example.

Whenever I think of death in the superhero world I think of the eulogy for Girl One in Alan Moore's Top 10.