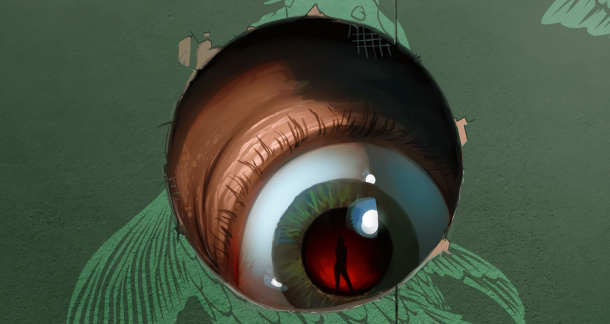 A few days ago, Bob Pastorella and I released our collaborative novel, They’re Watching, to coincide with Halloween. Though in many ways it was far from our first collaboration. We’ve been working together for years, hosting the This Is Horror Podcast and running the This Is Horror website. Our experience writing a novel together was a huge success and one we’re keen on repeating. But what made this such a positive experience? Read on as I distil the lessons learned and key takeaways from writing They’re Watching.

As with many things in life, the likelihood of success increases with planning and preparation. Before we wrote a single word Bob and I spoke about our vision and initial story concept for They’re Watching, and bounced ideas back and forth. Our thematic concerns and inspiration were clear early on, but we needed to craft this into something sturdier. As soon as we had the foundations—the premise, first, second, and third act—we worked in the details, culminating in a chapter-by-chapter outline. The amount of detail you build into your story plan will vary from writer to writer. Personally, I like to note down the key beats of each chapter, so I know where I’m going, while still leaving a certain amount of flexibility baked in. Thus if the story or a character demands I deviate from the original plan, then so be it. Story first. Always. Case in point, They’re Watching not only has a different ending from the earlier drafts, but we also removed a character, created a new character, and heavily expanded the roles of two secondary characters.

Be Flexible and Open to Criticism

...fight for your characters and your lines, but be assured that your collaborator is going to fight, too, and the story always wins.

Speaking of which, flexibility is perhaps the most important part of the collaborative process. You must be open to change, criticism, and teamwork. If you’re rigidly set on an idea and uncomfortable with change then collaborating isn’t for you. You shouldn’t be too precious about anything. Understand that any character, any plot-point, any sentence, any goddamn word is up for grabs. This doesn’t mean your collaborator can cut great swathes of your work without justification, but it does mean you may have a number of back-and-forths as you discuss why you think X should be cut and Y should stand when your collaborator takes the opposite approach. You’ll butt heads and slog it out but eventually a consensus will be reached. This isn’t always about doing things quickly, but it is about getting things right. Fight for your story, fight for your characters and your lines, but be assured that your collaborator is going to fight, too, and the story always wins.

When I say anything and everything is up for grabs, I truly mean it. This is how the writing went. With our plan in hand, Bob Pastorella would write a passage and send it to me. Upon receiving it I would pore over each sentence and word choice, striking out anything that didn’t work. I’d then write my own passage and send it back to Bob, and he’d repeat the process—first editing my section and then adding his own. This meticulous approach helped us form a cohesive voice. It’s now tough for both Bob and me to truly know who wrote what. And that’s the thing, because of our approach we both wrote everything. The voice is somewhat paradoxically mine, Bob’s, and neither of ours. It is a true blend.

They’re Watching is set in coastal Britain, and as such there are a number of specific British references and turns of phrase. You may reasonably think that if a section has something glaringly British that means that I wrote it. Not so fast—there were a number of instances where I ironed out Bob’s Americanisms, turning carts to trolleys, trunks to boots, and faucets to taps. In a sea of Bob Pastorella prose there may be a reference to Fairy Liquid or a ‘hobo wanker’ to trick you into thinking I wrote it. Bob tried his best to British-up the words, going finger-happy on the ‘u’ key to the point where I had to cut about 20,000 u’s from the final manuscript and explain to Bob that not every word in British English requires an extra couple of u’s. The silly sod even considered rebranding to Boub Pastourella.

With so many potential disagreements and debates on both a sentence and wider story level, it’s important you work with someone who you can be a straight talker with. If you’re editing a short story for a new client then, fair enough, you might want to be gentler in your initial approach, but when it comes to working on a novel with another writer there’s no room for excessive niceties. You’re writing a novel not making a fucking doughnut, so don’t sugar-coat it. You want a co-writer you can be direct and blunt with. Thankfully, having worked with me for years, Bob is used to my coarse and sparse approach to collaborating. If it doesn’t work, I’m gonna tell you, but I won’t waste time wooing you. There’s no shit sandwich here. Sometimes there’s just a special delivery of pure shit and you’ve gotta roll with it. But as I warned earlier, if you deliver that shit you best be able to justify it. Criticise all you want but make it constructive. Have solutions to problems. 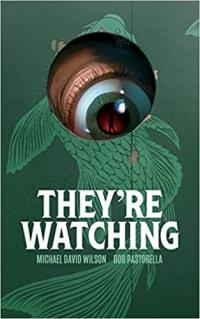 Find a Collaborator Who Complements Your Style

You want to work with someone who complements your writing style and perhaps even your personality. This means finding someone whose approach, aesthetic, and vision is neither too similar nor too different from yours. You want to work with someone who you have just enough in common with to make the project worthwhile, but who can bring different strengths to the story. If you’re working with someone who’s strong in your weaker areas, then not only are you going to have an even better story, but you might just learn something from them that you can carry forward for future projects. Bob and I are both fans of dialogue heavy, minimalist prose. Amongst my strengths are dialogue, a dry sense of dark British humour, and the patience and stubbornness to pore over sentences and word choices to the point of absurdity. Bob is damn good at action sequences, describing places and people, and having a bigger picture approach to story revisions. He is the macro, I am the micro, and I’m not afraid to say it or write it. See?

Get On With Your Writing Partner

I’m sure it’s possible to collaborate on a damn good story with someone you’re not the greatest of friends with but, real talk, working on a novel together isn’t the shortest of endeavours, so if you like the person you’re working with it’s gonna make things more enjoyable. Much like when I’m working with Max Booth III (oh, hey, shameless plug, he recently had his book We Need To Do Something made into a movie so you should buy it right now), Bob and I like to make in-jokes and dumb comments to one another from time to time. It means we’re smiling. It means we’re bringing joy to the process. It makes the often isolated pursuit of writing that little bit warmer. And, don’t get me wrong, solo writing can be a joy, too, but it’s much better if someone else is laughing at your dumb joke than just the other voices inside your head, you know?

Speaking of laughing and reacting, that’s the thing about collaborating—instant feedback, baby! Us writers, we can be needy, we want to know if we’re doing well, and we’re sure as shit plagued with self-doubt, so whilst this isn’t a practical tip for a successful collaboration, this is a highlighted benefit: working with a co-writer offers a first reader and critical comments in real-time. You get that sweet feedback you so desperately crave and you get to give it, too. You also might find you’re egging each other on, seeing just how far you can take things, pushing the envelope and seeing if your co-writer will reign you in and if they don’t … well, it’s showtime!

So, get on with your co-writer. Like your co-writer. You don’t have to love them or make love to them, but maybe you should because you’re creating a word baby together!

Leave Your Co-writer with a Great Starting Point

Bob and I always sent the manuscript back to the other when there was gas (that’s petrol in British English) left in the tank. It wasn’t a case of neatly wrapping up chapters and leaving our collaborator to start afresh. An old creative writing tip is to do yourself a favour and stop writing at a point where there’s something juicy to continue with in the next session. If you finish a chapter, write the first few sentences of the next. Finish writing in the midst of an action scene. Leave a line of dialogue hanging. Do whatever it takes to set yourself up for success in the next session. In employing this strategy neither Bob nor I were ever left with an intimidating blank page. We looked after one another, sending the manuscript over when the writing was hot. Never let it cool.

So, there you have it, some of the things that worked for Bob Pastorella and I whilst composing They’re Watching. Now it’s over to you. Have you ever collaborated on a story? What worked? What would you do differently? See you in the comments!

Get ​They're Watching direct from This Is Horror

Get They're Watching at Bookshop or Amazon