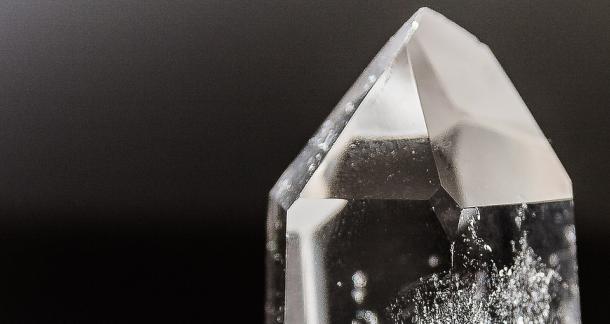 A guy cracked his head on a bathtub and couldn’t keep his memories straight. He remembered everything, but not in order.

That’s the basic premise of a story I wrote in college. The first drafts of this story, all the scenes were told out of order. At the time, I would have said the goal was to replicate the experience of the character in the reader. Now, I would say I was being fancy and artsy. Fartsy, if you will.

A writing teacher took me aside and said it seemed like there was some solid writing in the story, and what would I think of putting the scenes in order? I hesitated, but he told me to try it, see what happened, and if I didn’t like it, I could always revert.

It’s been 15 years since I wrote that bathtub story, and I just came across it again the other day. When I looked at the out-of-order version, I chuckled at myself. I wanted to be experimental and edgy. I wanted to break new ground so badly that I was willing to lose a reader completely.

I’m getting older. I’ve been hacking away for a bit. The experimental, wild stuff is mostly in the rearview mirror for me. As a writer, but also as a reader.

If I could speak to my past self, if I could talk to that kid about the balance of clarity and experimentation, here’s what I’d say.

You can do whatever the hell you want on your pages. You can tell a story that makes no sense to anyone but you. You can write poetry that is a splatter of words with no concrete imagery or threads whatsoever. You are free to do what you want. And in fact, you SHOULD experiment. It’ll help you grow, and college is a great place for that sort of thing.

However, let me also say that you’re going to piss people off when you bring that stuff to a workshop. And nobody is going to want to publish it. And when nobody “gets it,” it might not be their fault.

Let me sum this one up by saying that experimenting is good, important, even crucial for you, the writer, but not always so good for readers.

Between you and me, younger Pete, sometimes the experimentation you do is really a bunch of clever tricks meant to hide the fact that you don’t know how to do certain critical things. Move characters around a room. End scenes. Write dialogue that’s more than just two heads talking to each other.

You haven’t lived through this yet, but pretty soon you’ll start seeing a lot of action movies filmed with shaky cam. Shaky cam is a handheld camera technique that is designed to make the viewer feel they’re in the movie. Used sparingly and purposefully, it can work. But more often, you’ll see it used to hide the fact that there’s nothing interesting happening in the scene. The fight sequence isn’t all that good, so we’ll move the camera around a lot to disguise that fact and make everything feel exciting. This is kind of what you’re doing. Disguising your weaknesses under the guise of experimentation.

Experimentation can be a good tool. Just don’t let it be the tool you reach for whenever your attempts at clarity fail.

Does your work have a worthwhile story underneath the experiment? In other words, are you going to pay off the work a reader does to understand what’s going on?

Take Pulp Fiction. That movie was experimental, out of order, but if you watched it chronologically, it’d still be a Tarantino movie. It’s still worth watching without the gimmick.

Quentin Tarantino can experiment because it's worth your time to watch Pulp Fiction regardless of the order. Lydia Davis can write experimental stuff because her prose is so tight that it's worth reading anything she does. Cormac McCarthy can make up words because he's fucking Cormac McCarthy, and the stories are worth it.

If I can make an analogy, these writers put a steak on the plate. Something solid and good. Then, their experimentation is seasoning that adds just a little something extra.

Literary experimentation is like Tony Chachere’s Original Creole Seasoning. It’s great to add a dash to most things, but a spoonful of it alone is terrible experience that's hard to work through.

Experimentation can add a lot of flavor to your work. Just make sure you have a steak in the pan before you break out the Tony Chachere’s.

Some writers say that if they aren't having fun writing, the reader won't have fun reading. This seems somewhat true, but for you, young Pete, for someone prone to go off the deep end, it's terrible advice.

It’s fun to write something wild and experimental. You can be your weird, wacky self.

Clarity is not as fun. It’s hard work. Hard work that pays off for your readers.

Padgett Powell wrote this book I love to shit on, The Interrogative Case, where every sentence is a question. Young Pete, you’ll try to read it a couple times in the near future. I hope I can dissuade you, but probably not. You’re stubborn that way. And honestly, it was a good object lesson for you.

I can’t say for sure that Powell had more fun writing it than I did reading it, but I’d sure as hell hope he did. Because for me, it was ZERO fun. Negative fun. Minus 10 points fun.

Experimentation can make your readers feel left out instead of feeling like they're part of the exchange between reader and writer. It can make a reader feel stupid. Nobody picks up a book because they want to feel stupid.

Just because you’re having fun writing it doesn’t mean anyone will want to read it.

If you do the hard work of clarity, your readers will have more fun.

With Clarity You Can Do Anything

The REM song “Nightswimming” is an excellent example of clarity:

The photograph on the dashboard, taken years ago
Turned around backwards so the windshield shows
Every streetlight reveals the picture in reverse

This is a very complicated thing being described, but you can understand it. It makes sense. The image is vivid, the placement and nature of the thing. It’s a weird, artsy setup, and the song gets away with it because it’s laid out so clearly. In three brief lines, you understand this very specific, artistic, thoughtful image. I’d challenge anyone to come up with three lines that so simply express such a complex image.

Clarity does not mean simple. It doesn’t have to be minimalist. It doesn’t mean your work is emotionless. Clarity means only that I know exactly what you’re talking about.

Let me be clear, young Pete, that I think clarity and experimentation are at odds, but clarity and beauty are not. If you have a beautiful image, express it clearly and others will be able to see the beauty as well.