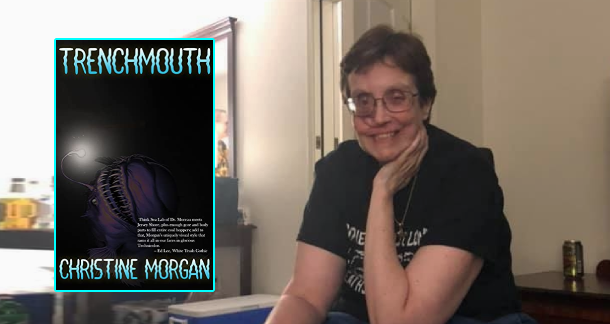 Everyone watched it happen. Friends, family, peers, readers, and fans tuned in to the Splatterpunk Awards ceremony live as part of Killercon’s 2020 virtual convention. Deserving authors, editors, and publishers were overwhelmed and gracious as they won awards honoring work in extreme horror.

When Christine Morgan won for best novel for Lakehouse Infernal, she was speechless. The video feed cut to her trying to catch her breath and form words. This was a long time coming, but she still wasn’t ready when it happened.

Those watching were overjoyed for her. She had been writing in this subgenre for a long time, putting out exceptional work. Any idea or trope she applied her voice to became something uniquely new and definitively hers. This was overdue recognition for how good her storytelling was, a fact everyone watching already knew.

I first came to Christine Morgan’s work as a reader with her short stories. The range and depth of her talent and voice were apparent in every tale. Extreme horror and splatterpunk were where she shined, but there was no genre or subgenre off limits to her. She wrote excellent cosmic horror and steampunk stories, too.

I recently interviewed Christine Morgan to discuss her career and to prepare for this article. You can find the video of that conversation here. In that discussion, she told me that short story writing and traditional storytelling in general was tough for her. Morgan’s storytelling background came from role-playing games, so she wasn’t used to having a set termination point for a story. She was used to weaving tales for campaigns that rolled onward to the next adventure. Even in her stories now, she will still leave the door open for more narrative later.

In addition to leading role-playing adventures, Morgan cut her teeth with fan fiction and online erotica. These unusual avenues of influence contributed to a unique voice that defines her work now and contributes to her tendency to subvert expectations both in genre norms and narrative style.

But it would be when she discovered a particular subgenre of horror that she would find her place.

I Didn’t Know That Was Allowed

After her discovery of Richard Laymon’s One Rainy Night, Christine Morgan became aware of a more extreme style of horror than she was seeing in other published work. As she explored more, she started to say to herself, “Is this allowed? We can do this?!”

She says that her early extreme horror work was really Edward Lee fan fiction. I’ve read Edward Lee and Christine Morgan. Both are masters of the genre and that shows in their writing. If Christine was imitating Lee in the beginning, she quickly developed her own voice in extreme horror and is now a leading creator who others are emulating.

Morgan had discovered where she always belonged. She still writes broadly, especially in her short story work, but she accomplishes things in the extreme arena that I don’t see other places. 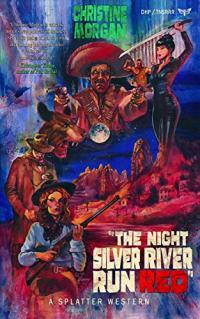 Something Bloody and New

I have been an outspoken fan and supporter of the Splatter Western series of books put out by Death’s Head Press. I wrote an article on those books early in the run. After writing that article, I got an advanced copy of The Night Silver River Run Red by Christine Morgan. Instantly, I thought bringing Morgan into that series was brilliant.

Like I said, I was always impressed with her short story writing. Lakehouse Infernal was excellent and deserving of the award it won. What I felt like many people hadn’t seen yet was the sort of masterful potential I had seen in her short stories that I didn’t feel had been fully displayed in her longer work.

The Night Silver River Run Red was that moment. This novel showed everything she was capable of in wild fashion. Anything was possible for her after that book.

Trenchmouth was her most recent work I was able to read. In it, she takes the beloved deep sea monster story and makes it her own. She invokes the favorite movies that underscore the trope. She sends up literary trends, calls them out, and runs right over them. She changes up narrative styles and experiments with storytelling and point of view. At the same times, she does things that separates this book from her previous work.

In both Silver River and Trenchmouth, Christine Morgan shows her power to tell stories differently from others playing on similar fields, and to tell stories that are different from what she has written in the past. Writers would do well to learn from her work.

Christine Morgan remembers the night of her Splatterpunk Award win fondly. Her shock and overflow of emotion were broadcast for everyone to experience along with her.

The award holds deep meaning for her because of the subgenre it honors and because of the people giving it. She says that as long as she lives, whatever other awards she may ever win, this one will hold a special place for her because it was the readers, fellow authors, and torchbearers of the extreme who recognized her voice in this form of storytelling. It was her people who responded to the stories she was telling her way.

Get The Night Silver River Run Red at Amazon

Get Trenchmouth at Amazon