Chicken or the Egg: When a Query Should Come First 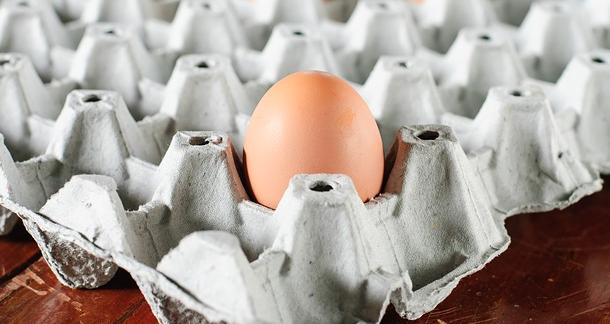 Does a story need to be written before it's sold, or is it more efficient to reverse the steps? All writing begins with an idea, but the process between that initial spark and a finished draft can vary considerably dependent on the finished product’s purpose. In some instances, a pitch is the very next step towards publication— not a draft of the content itself. This is generally meant to save everyone’s time in the event that the pitch or query is found unsuitable. Editors only waste a moment reading it, and writers don’t have to labor for months over a finished project just to discover that no one wants to buy.

A secure paycheck is virtually always preferable to a theoretical one.

When to Query First: Almost always. When writing a nonfiction article for a magazine, journal, or website, it’s usually best to pitch your idea before completing a draft, even when a submission page isn't completely clear (the exception is if the publication specifically asks to see a draft, which some do). Generally, a short, direct email of inquiry isn't going to cause any harm. A pitch is only a paragraph or two long and is used to present a roadmap for the finished piece. There’s a fine line to balance when creating a pitch; too many technical details right away risk boring the potential client or siphoning away the writer’s time early on without a guarantee of payment. On the other hand, however, too few could potentially signal a lack of knowledge. With a database full of successful pitches, interviews, and lots of craft advice, the Open Notebook is a wonderful source for guidance. The Freelancer also ran an article about this dilemma that makes some excellent points about how different situations can call for a different order of operations.

When to Query First: Not often. The concept of the pitch doesn’t always apply to fiction writers in general, but short fiction publishers in particular usually want to see a completed story. There's nothing stopping writers from asking if a particular editor would be interested in a story idea, but it's not exactly standard practice. Rather, your best tactic for saving time when shopping a short story around is to follow the tried and true advice of getting to know a publication before submitting. Read a previous story or two, or the bio of the submissions editor. That still takes time, but can save the length of a reading period if the tone isn't a good match for your work.

When to Query First: It's a mix. Queries are hard. When you’ve spent the past year working on a 70,000 word novel, sandwiching all of that time down into a few paragraphs is no easy feat. It should be noted that there is a difference between pitches and queries in longer fiction: whereas a query constitutes a written outline, a pitch in this market often refers to a short verbal explanation. Writer’s Digest holds a Pitch Slam at their annual conferences, but you might find the perfect agent sitting at the next cafe table over. If caught in one of those rare moments when the stars align, you'll want to have that pitch polished and ready. Can you convey the most important elements of your novel in only a few sentences? If not, it might be wise to put a bit more thought into this imaginary agent encounter (Or you could just ply them with caffeinated beverages in a misguided attempt at bribery).

Querying early can also create a feeling of responsibility. You feel bound by the summary you’ve already presented to the world and this accountability can serve as incentive to finish. Even an imperfect draft is better than an unfinished draft. It’s a chance to make contacts and gauge interest before slaving away at a story for years. In The $100 Startup by Chris Guilleabeau, the author interviews dozens of successful small business owners and self-employed individuals, writers among them. One of these interviewees was a man who sold copies of an instructional e-book (that he hadn’t yet written) at an astronomical price. His logic was that if even one person took the bait, his efforts would be vindicated and he would rush to create a finished product. There’s some shaky thinking here, but also a grain of wisdom. A secure paycheck is virtually always preferable to a theoretical one.

Ask The Agent: Memoir Platform and Full Disclosure: How Much Is Enough?

Egg is an indispensable dish in the daily lives of us, Friv 3 | Friv 4