Blood and Cigarettes: Charlie Huston's Use of Time in the Joe Pitt Casebooks 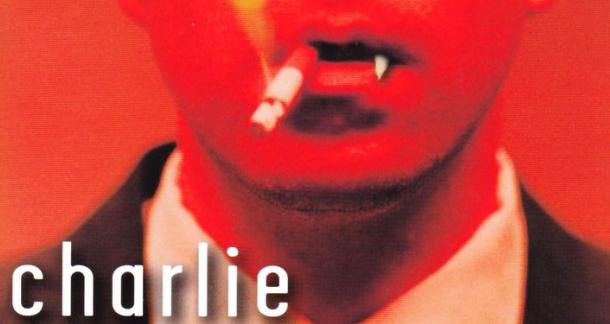 Charlie Huston has a talent of grabbing the reader and not letting go. This aptitude for immediacy is best demonstrated in the Joe Pitt Casebooks, five novels about the eponymous vampyre (Huston's spelling) hard case. Released between 2005 and 2009, these New York City-set throwbacks to 1970s crime fiction are told in first-person perspective present tense, a storytelling method Huston used with his first five published books. What's unique is Huston never cheats, having the reader experience the world as Pitt does. The author also uses stylistic touches, namely refraining from quotation marks and breaking up dialogue and thoughts in a staccato rhythm as characters interrupt one another, similar to David Mamet or Brian Michael Bendis, while also employing run-on sentences to evince desperation. Most importantly, Huston utilizes Pitt's iniquity of choice, cigarettes, to mark time and build tension, particularly in the second book, No Dominion.

The Joe Pitt Casebooks encompass Already Dead, No Dominion, Half the Blood of Brooklyn, Every Last Drop and My Dead Body. They follow the titular character, a jack-of-all-trades Philip Marlowe meets Parker type. At the start of the series he lives in Lower Manhattan and is a rogue, not affiliated with any clan. There are four clans: the Coalition on the Upper East Side, the Society in the East Village, the Hood in Harlem, and the Enclave in Chelsea and the Meatpacking district, and that's not including the smaller gangs and the outer boroughs. Pitt plays all sides and no sides, surviving by arraying enemies against each other, and finds himself a most hated man. Each entry takes place over just a few days, and is told in real time, although it's revealed in My Dead Body that Pitt has been recording the entire story.

First-person perspective can be tricky in present tense. Present tense isn’t very common in third person; with notable exceptions like Neal Stephenson’s Snow Crash, it is more common in first person, as it mimics the storyteller’s memory being conjured up, and can be seen in such works as The Hunger Games. While in past tense a story is told after the fact, in present tense there is a more conversational timbre. There is also the question of the unreliable narrator, as Pitt is only aware of what he experiences, but he doesn't lie to himself even if he denies obvious truths at times. He is, in fact, the master of understatement, vivifying in a crisp, brusque fashion as direct as possible. The books always start in medias res, with Pitt already in a predicament that turns out to be connected to the macro narrative, and lays out his experience beat for beat in what's usually a 48-hour period. A key device Huston uses for transitions is Pitt getting knocked out, something that happens quite often, allowing for him to wake up in new locations. These little blackouts are the key to both time and space.

A key device Huston uses for transitions is Pitt getting knocked out, something that happens quite often, allowing for him to wake up in new locations. These little blackouts are the key to both time and space.

The lack of quotation marks is an intriguing idiosyncrasy of Huston’s. He starts a new indented paragraph as one would regularly but exercises an em dash to signify that discourse has started. This forces Huston to infuse his characters with strong, individualized voices, as there’s never any instances of “he said” or “she said”. Either it must be severely clear who is talking by word choice and tone, or the purposeful ambiguity of the speaker can amplify tension in a scene and inject adrenalin. A good example of unique inflection is in the first few pages of No Dominion. Pitt has just brought down, in his own words, “a full on spaz” vampyre overdosed on some sort of new street drug. While shoving the junkie into a cab, his girlfriend, Evie, checks in with Pitt:

— Meet you back at your place?

— Yeah. Maybe a half hour at the most. You gonna be OK?

In every line it’s clear who’s speaking. Pitt is measured and straightforward, a pragmatist keeping his lifestyle close to the chest. Evie is concerned, more than a little curious (she doesn’t find out about the vampyre world until much later) and vulnerable but fiercely adamant about not being treated as such. This is Huston’s technique for most character interactions, although he loves the monologue as info dump, mostly with Terry Bird and Amanda Horde, but these are character moments reflecting their grandstanding personalities.

As for the breakup of dialogue, it not only evokes “realistic” speech but throws the reader off with its unnatural structure and uncharacteristic execution on the page. Pitt being sarcastic and all-around disrespectful, he has a tendency to interrupt others and this locution is Altman-esque in how characters overlap one another. This is where the Mamet and Bendis comparison comes in, as dialogue tends to fracture mid-sentence with stutters, starts and stops, but it's not exactly realistic, more hyper-realistic, in its poetic flow. Characters are ready with witty rejoinders, and even when they aren't there's a sharp, ironic acknowledgment of this. Take this exchange between Pitt and the head of Society security, Tom, two characters with an adversarial history:

— Know what Terry calls you behind your back?

— I assumed it was cuz you're always going off that way.

— But maybe he knows something I don't.

Note the punctuation. Even though Tom's sentence is bifurcated the single words are still accompanied by exclamation points. Huston wants the reader to experience the volume and intensity of Tom's words, to actually hear them.

During major set pieces, when Pitt is caught in a completely helpless situation, his rumination swells into run-on sentences. Usually this involves him tied up staring death in the face, or when his blood is up. In No Dominion there's an extended sequence as Pitt rides the subway from 14th Street up to above 110th, crossing through Coalition territory where there are all sorts of spotters and plants. With Pitt in the midst of this precarious situation, he finds himself at the 59th Street stop, Columbus Circle, as the doors have opened:

The Upper West Side types hurry off the train to rush home and meet their spouses, who are also coming home from work, so they can both kiss their trophy babies before their Jamaican nannies put the little ones to bed so they can go out to dinner and not talk to one another. They are replaced by the far Upper Manhattan Caribbeans who have finished cleaning houses and walking dogs and working their shifts at Balducci's and are heading home to fuck up their own children and not talk to their spouses.

The stream-of-consciousness reflects the flop-sweat anxiety that Pitt feels cramped into a tin can of warm bodies. The sounds, the smells, his darting eyes, these words all convey the heightened emotion of a character pushed to the edge. The fact that most of the sentences are structured in quick bursts of language bullets means that instances like this stand out. It's Huston screaming at the audience to pay attention, because things are getting crazy.

So cigarettes, many a vice of the common man, is left as the one indulgence of the vampyre, besides blood of course. As Enclave and Hood affiliate Percy explains:

— Funny thing 'bout cigarettes and the Vyrus. Vyrus attacks anthin' bad yo ass could care to stick in yo body. Boozy, junk, rat poison, whatever it is, it can't hurt you none. Got no stain' power whatsoever. No boozehound Vamps. Can't get hooked on shit. But cigarettes.

He blows a ring of smoke.

But the little death sticks work as a signifier for Pitt, epitomizing his addictive personality, mystique and passive aggressive need for control. In No Dominion in particular Huston withholds from his protagonist, setting Pitt on a romp uptown that keeps him low on supplies and jonesing for his next Lucky. This is a clever way of not only giving Pitt a motivation, however simple, to get his next fix that thematically parallels his bloodlust, but also cleverly marks time. Take this section break when he's held captive by Mrs. Vandewater, the Grand Dame of the Coalition who is attempting to interrogate Pitt:

I make the most of it, smoking the rest of the Marlboros and grinding the butts into the rug. It passes the time.

An hour goes by. I run out of cigarettes. I stand up and the boys don't shoot me.

Pitt requests the cigarettes as a show of brinkmanship, refusing to give up answers to Vandewater easily. He plays it cool, silently smoking and using the floor as an ashtray, creating a time lapse but also burning through his supply. Contrast that against his re-induction into the Society. Lydia, a far left-leaning LGBT activist vampyre, doesn't care for cigarettes because she thinks they enforce patriarchal dominance. Pitt, after barely finagling his way out of being executed by these people, asserts his own patriarchal dominance:

I go to light my smoke.

Lydia puts a hand on my arm.

— No smoking in Society buildings, Joe.

I look at her, look at Terry, one on either side of me.

Figure it was gonna come to this. Figure I don't like it. Figure it's this or the other. Figure it's take care of the list, or end up on it.

I move Lydia's hand and light my smoke.

— Guys, stop fucking around and tell me who you want me to kill.

No Dominion exemplifies Huston's ability to manage an almost miraculous balancing act of paring down his text in order to attain maximum efficiency. He conveys Pitt's inner life and dangerous environment in terse tough guy lingo that never feels inauthentic or forced. That's because of his incredible control of time, immersing the reader into blocks of dusk to dawn right there alongside Pitt. His creeping frenzy is contextualized in a tableau of sporadic, disjointed prose that blurs the line between dialogue and monologue. As Pitt's thoughts and labors collide his train of thought spirals out of control, challenging the reader's eye and mind to keep up. Finally, Pitt is humanized in a simple yet relatable goal that perpetually keeps the plot and the hourglass moving: he just wants a damn cigarette.