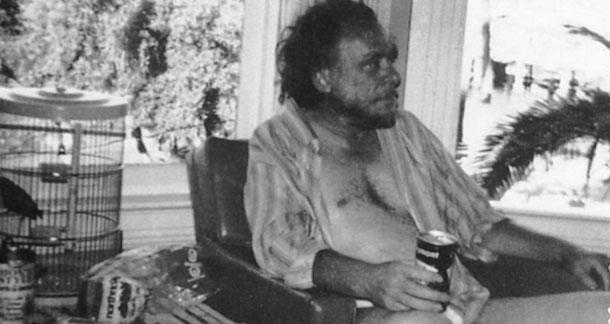 I get so close this time. I make it all the way past the three headed mutt and over the river. I even have my finger on the elevator button, waiting for the shimmering doors to open and take me back to the Mortal World. I'm practically on a stool with a bottle of suds in my hand, swapping tall tales with the bartender, when the hand comes down on my shoulder.

‘Step away from the Pearly Gate, Chuck.’

That motherfucker Gabriel, all wings and pageboy haircut and saintly expression.

‘Does your mother know her son still wears a dress?’

‘Angels don’t have mothers.’ He turns me around with a wing. ‘You know the score. No day release until a hundred years after you die.’

In the age of the internet where we have access to anything we want, it’s getting harder and harder to make a genuine connection with other people, mainly because we don’t know who we are anymore.

‘Safety first Chuck. We have to make sure you don't meet any mortals who knew you when you were alive.’

'What? In case they think they've met the world's sloppiest ghost?'

'In case someone finally gets proof of the afterlife.' He doesn't add you dunderhead, but his tone says it anyway. 'Doubt is an important element of faith, Chuck. We explained all that when you arrived.'

We get to the entrance portico to the Famous Dead Authors house. Calvino’s in charge of decoration this week and the place keeps cycling through iterations of itself. He wanted to get Escher to help him with the staircases but Hemingway got out his shotgun and put a stop to that insanity.

‘Back inside.’ Gabriel lets go my shoulder. ‘And you’re confined to barracks for a month.’

‘I got to get out this weekend Gabriel.’ I’m begging. I would grab his lapels if he had any.

‘The Famous Dead Musicians right?’ he smirks. ‘You should have thought of that before you gave Cerberus that bottle of whisky to drink.’

‘Hendrix is playing. Me and Mailer scored a double date with Anais Nin and Anne Sexton. Can’t you think of something else?’

He gives me one of his Holier than Thou looks, which he is seeing as he’s an angel.

‘You can read this and report on it.’ he pulls a book from the sleeve of his robe. ‘Mr. Franzen’s morality rating is under review. The Committee could use an unbiased opinion on his latest work.’

Done and done. For a parting shot Gabe gives me a zap of Holy Spirit and not a gentle one. Guess that crack about the dress hit home. I jump through the door before it can iterate into a window and settle down in my constantly morphing pad with the book. Purity it’s called. Hmmm.

Two days later sees me knocking on the Committee door. Big old broad with musty wings opens it. Motions me to a seat. I shaved. I even had a shower. The concert’s tonight and Nin whispered something to Sexton at lunch about bringing her handcuffs. I need to ace this.

Big long table full of stern looking angels. The broad takes a seat at one end. I’m at the other. Everyone looks at me.

‘What do you want to know?’

‘Just give us your views on the book.’

More silent staring. You could hear a rosary bead drop. A light goes on in my head.

‘Why is what I think so important?’

‘This is your area of expertise.’ A thin angel with a pipe cleaner neck speaks up. I can tell from the scars he was martyred as a saint. Those ones always hate sinners like me.

‘You mean I know about filth.’ A second light goes on in my head. It’s getting to be a regular firework display in there. ‘My area of expertise is dirty stuff.’

‘We’re backed up with calls over this.’ Fat angel shakes out her wings. Cloud of dust rises up. ‘In his last book, Freedom, there was a scene where a kid eats…’

‘…shit.’ I finish for her. Saint Pipe Cleaner Neck winces.

‘Do we need to intervene? Most mortals think Franzen is a serious writer. We can’t have their innocence besmirched by depravity masquerading as literature.’

I give this some thought. I see the problem. The book’s called Purity and some librarian in the Bible belt might pick this up thinking it’s a guide to morals, get to the part where Cody fucks Phyllisha on a thermonuclear warhead, and have a conniption fit. I weigh up my choices. I did some research on this Franzen guy and I know the type. I’m surrounded by the fuckers and will be for all eternity: writers who think what they write matters. One day Franzen is going to end up coming here and I can just see him organizing book groups and correcting everyone’s grammar and campaigning for a special intervention to get his face on the ten dollar bill. He’ll be like Bobby Frost. No worse than Frost. He’ll be Frost on steroids.

‘There’s nothing you guys hate more than bad intentions, right? You’re good with tits and dicks and pussies. It’s the intention you care about. American Psycho is A-OK because Easton Ellis doesn’t want people to shove camembert up a whore’s snatch. He wants to make a point about the corrupting power of privilege. Mein Kampf is not OK because Hitler intends to turn his audience against the Jews.’

Nods from the golden faces. I’m on the right track.

Pity I’m a guy with good intentions. But that’s why I ended up Here and not There. I continue.

‘Franzen’s intention with Purity isn’t to corrupt his audience. Sure he has sex in it but it's sex with a purpose. He’s trying to say that in the age of the internet where we have access to anything we want, it’s getting harder and harder to make a genuine connection with other people, mainly because we don’t know who we are anymore. The main character is a girl called Pip. She’s been lied to all her life about who she really is, and everyone she meets is similarly fucked up over who they really are and about knowing stuff about other people that they really shouldn’t. That’s the point of the book. Too much information getting in the way of authentic experience.’

‘The problem is that Franzen couldn’t write a sex scene if you held a gun to his head. I mean I’d like to meet a girl who kissed the tip of my cock goodbye when she left the room, but that’s never going to happen. His people are puppets on the page. He pulls the strings to make them prove his points about how the world is going to hell in a hand basket, but you’d never expect to meet any one of them pushing a trolley at Walmart or asking if you want fries with that.’

The golden host side-eye each other.

‘Would you say his intentions are worthy?’

‘Oh his intentions are as squeaky clean as a chief nun’s underdrawers. When the time comes you can admit him without a second thought. He’ll fit right in.’

And I’ll have to spend eternity with my-middle-name-is-earnest Franzen.

If they wonder why I keep trying to run away back to earth and mingle with real people when I can drink and fornicate up here in heaven, there’s the answer. In heaven you bunk according to what really mattered to you while you were alive. Seems I liked being a writer more than anything else, even drinking or fucking. Someone should have made that clear before I died. I coulda concentrated on the booze and gotten an assignment to the heavenly flophouse. Instead I get to listen to Sylvia Plath complain about her menstrual troubles.

I rematerialize outside the FDA house, where Rudyard Kipling is draping it with vines. A ticket to the festival sticks out the top pocket of my shirt. Mailer’s helping Kipling.

Mailer wraps a boa constrictor around a tree. ‘No go Chuck. Nin and Sexton had a cat fight over semi colons. Sexton’s locked herself in the john.’

No way! No fucking way!

Gabriel manifests at my side. ‘Never mind Chuck. Seeing as you’re free tonight, I hear Shakespeare’s putting on Twelfth Night with an all-male cast. He’s looking for someone to play Viola.’

I take a swing at him. The fucker dematerializes at the last minute. Jane Austen happens to be walking by at that moment. Wouldn't you know it my punch lands right in the middle of her kisser.