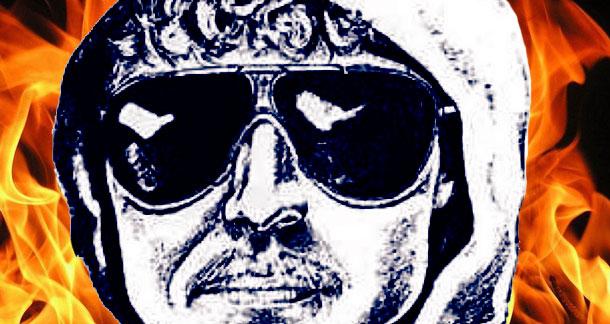 You are a writer—an artiste! A creator of beauty and meaning. A cultural commentator. A revolutionary!

It stands to reason that you ought to stand for something, and how best to impart to the masses your particular vision and mission than to write a manifesto declaring your artistic intentions?

What is a Manifesto?

A manifesto is a declaration of ideas and principles. Some manifestos you may have heard of include The Communist Manifesto of 1848 by Karl Marx and Friedrich Engels or Ron Paul’s 2009 book entitled The Revolution: A Manifesto. Of course, it doesn’t have to have the word “manifesto” in the title to count. Ted Kaczynski’s Industrial Society and Its Future, otherwise known as the Unabomber Manifesto (1995), is one example and The Declaration of Independence of 1776 is another. Manifestos can be of a political, technical, or cultural nature. However, in this article, we’ll focus specifically on the Artistic Manifesto, a specific and fascinating permutation of the manifesto genre.

Artistic manifestos rose to popularity in the early 20th century. Generally speaking, artistic manifestos are published by artists or intellectuals who seek to abolish the art status quo in favor of new ideology. The first well-known artistic manifesto was called The Futurist Manifesto, and was published in 1909 by F.T. Marinetti. In it, Marinetti decried the touchy-feely romanticism of the 1800s as passé. Instead, he favored the industrial aesthetics of speed, technology, and human innovation as the new art. He urged readers to “set fire to the library shelves” because libraries and the like— the hubs of intellectualism and enlightened thought—represented the old, the staid, the rotten. On the other hand, speed, machines, factories, and good old human work ethic represented true beauty and deserved exaltation.

Marinetti’s manifesto sparked a rash of subsequent declarations by artists and thinkers all over the western world. After Marinetti, artistic manifestos became a method for artists to declare publicly what arts means, how it is to be made, and what artifacts of the old schools of thought ought to be abolished in light of the new “rules.” In general, each new manifesto written rejected the ideas of the previous manifesto and became progressively more radical. Sometimes writers penned new manifestos that went against their own previous ideals in an attempt to be ever-evolving as artists. After all, a revolution is only a revolution as long as it actively rebels against something. Once normalized, revolutionary ideas become mainstream.

Before long, the writing of a manifesto itself evolved into a somewhat defined process. In his Dadaist Manifesto of 1918, Tristan Tzara explained it like this:

He was, in a sense, making fun of Marinetti’s manifestos while imposing his own, new take on what should be considered art. Tzara took the rejection of the old ways another step further by coining a new term for art—dada. What does it mean?

DADA DOES NOT MEAN ANYTHING

Tzara argued that to categorize art into genre or even attempt to explain art with intellectual arguments about what it was or was not was all a big waste of time.

A work of art shouldn't be beauty per se, because it is dead; neither gay nor sad, neither light nor dark; it is to rejoice or maltreat individualities to serve them up the cakes of sainted haloes or the sweat of a meandering chase through the atmosphere. A work of art is never beautiful, by decree, objectively, for everyone. Criticism is, therefore, useless; it only exists subjectively, for every individual, and without the slightest general characteristic.

Dada, Tzara posited, was everything and nothing. All of life could be considered art precisely because none of it actually was. There was no line between art and non-art, and those who attempted to create those lines were fools and egoists. In his publication of April 1918, he further explained that anyone can be called a “Dadaist” regardless of profession or class, and even detractors of his theories could be included in the movement, for “to be against this manifesto is to be a Dadaist!” Dada, in short, is the ultimate Everyman's movement.

With an argument like that, you might think that Tzara put the art of writing artistic manifestos to rest—I mean who wants to bother to define art when, according to this Debbie-Downer, there was no way to define it and no value in even trying. However, roughly 40 artistic manifestos were published between the years of 1909 and 1928. Some of them continued to expound on the theories (or lack thereof) of Dadaism. Eventually, in 1922, another artist by the name of André Breton called Tzara out, scolding him and his followers for creating an unsustainable system, for being yesterday’s revolutionaries. Instead, he urged the artists to move on from the vacuum of Dada, for “there can be no absolute idea” and because to embrace Dada as reality would stop people from “going deeply into anything and [make] us look with hostility at anything we held dear.” Furthermore, he continued, “To give one's life for an idea, Dada or the one I am evolving right now, would only cause great intellectual poverty.” To break free from Dada’s malnourished grip, Breton advised artists to

Drop everything.
Drop Dada.
Drop your wife, your mistress.
Drop your hopes and fears.
Sow your children in the corner of a wood.
Drop the substance for the shadow.
Drop your easy life and preparation for a comfortable future.
Get out and go.

Soon after, he published a manifesto of his own on surrealism--which you have probably heard of.

After World War II, the rate at which artistic manifestos were published tapered off quite a bit, though there are still plenty out there. The desire to publish one’s theories on “what is art” seemed to fall out of fashion, as if writing artistic manifestos was itself a particular art movement that, like all other art movements, rose and fell in popularity, dependent on the fluctuating values of the people. Instead, I’d argue that artists continued to revolutionize and carry on the spirit of consistently pushing the boundaries, they just didn’t take the time to publish a manifesto about it.

What does this have to do with craft?

As writers and readers, filmmakers and critics, musicians and experts, we certainly have opinions about what art is and how it’s made. Art criticism is alive and well in our society, and many of us regularly engage in discussions of what does and doesn’t merit appreciation. This continuous discussion spans a wide variety of arguments about art and culture: from the value of reality TV (Kardashians) or the musical merits of YouTube stars (the Chocolate Rain guy) to the lasting contributions of novelists to the literary canon (Stephen King) or artistic skills of modern visual artists (Nick Cave—the sound suit guy, not the musician).

While these on-going debates sometimes get annoying, they do have significance. As a writer you must always be thinking about your craft and what theories drive you during your creation process. Thinking about art is integral to making art and vice versa. Theories, however abstract, require practical application. Even the surrealists who used subconscious manifestations to inspire their endeavors still had to use their powers of conceptualization and technique to produce artistic representations of their dreamy ideas. For example, celebrated Spanish surrealist Salvador Dalí had to utilize his practical skills as a painter to create representations of his subconscious visions on canvas. In order to do this, he had to think about what surrealist art meant and how it was to be represented in actual, physical space. On the other hand, physical art deserves theorization. While you may be able to write a poem, are you able to place that poem in a larger sphere of meaning? If you are like me, you are pretty comfortable creating art in the physical space, either as words on a page or lines on a canvas or images on film, but not as comfortable stepping back from your creation and putting into a larger philosophical context.

This is your mission:

Channel Tzara, Marinetti, or Breton and write your own artistic manifesto:

I think it’s healthy to ask yourself these questions every once in a while to remind yourself why you take the time to write, to create, and what you hope it all means in the end. Of course, these are for fun, and we’d love to read them in the comments section, so please share. As always, you can email me directly at taylor@litreactor.com.

3. abolish the cult of "realism"

Joshua Chaplinsky from New York is reading a lot more during the quarantine January 25, 2012 - 9:23am

What an odd coincidence. I'm currently reading What Technology Wants and it has a chapter titled "The Unabomber Was Right". Which takes a pretty deep-dive into the anti-technology philosophy and hypocrisy.

Love this article - best advice I've read this year. Re: #4 - "It is better to fail in originality than to succeed in imitation." Herman Melville

I'm going to write a manifesto this week - please keep articles like this coming Taylor...

Manifestos are inherently prescriptive and didactic.  They evangelize for a single point of view, for the author's vision.  Through structure and limitation, they seek to create order in a world that has its own, grander order (which often seems like chaos).

I seek to impose my will, my vision, on no one! I envision a future of shared visions, melting into one another in a fondue of tastes and desires.

Down with manifestos! Throw them away on the dung heap of history! We have nothing to lose but our shame!

(Great article.  Clarification of artistic vision is always a positive, in my opinion.)

When thinking of manifestos the first book that comes to my mind is Ayn Rand's Anthem. Anthem is not the stongest book ever written but the ideas that flow from the page give me personal hope and inspiration. It's an inspiration to work towards my dreams personal freedom, both political and artistic.