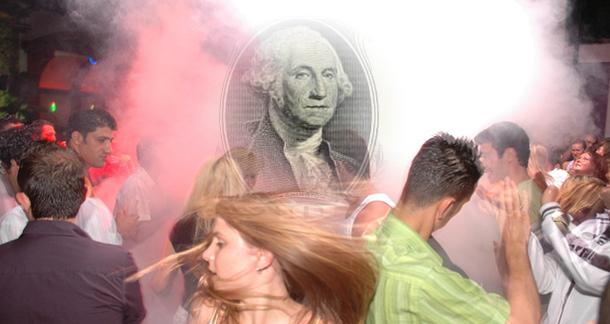 I’ve been thinking a lot about celebrating story sales recently, prompted by a Lovecraft eZine Podcast in which Jon Padgett spoke about Thomas Ligotti’s ‘victory walk’ upon finishing a story.

Most of you probably know how Stephen King celebrated the publication of Carrie. He was living in a trailer, driving a rusty Buick, and had even sold his home telephone to save a little cash. After he received his $2,500 advance cheque, King bought a blue Pinto and moved into a second-story apartment with a connected telephone.

But how about how other author celebrations? I reached out to some of my favourite authors to find out how they celebrated their first story sale. 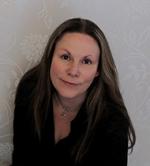 I sold my first novel, A Cold Season, to Jo Fletcher Books, and I still clearly remember the phone call. I cried a bit, and laughed a bit, and then decided it was probably a bit daft laughing in an empty house. So I tried calling my partner, and found he was in a meeting. I would have liked to tell my friends at work, especially since I’d been made redundant four days earlier, but realised I couldn’t until contracts were signed. So I didn’t really get the hang of the celebration lark at first, but safe to say I felt inordinately happy!

Alison Littlewood is a British author of horror novels and short stories. Her latest novel, The Hidden People, is out now from Jo Fletcher Books. 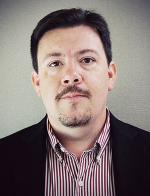 Though I'd had things published in token pay markets before, my first professional sale of a story was “Wildcat” to Apex Magazine (one of the pieces collected in Chupacabra Vengeance). To celebrate, I treated myself to a day off work, going to see Mad Max: Fury Road all by myself, drinking a couple of Dos Equis dressed with lime and salt, and gorging on popcorn. It was a lovely day.

David Bowles is an author, translator, poet and critic. His books include Chupacabra Vengeance and The Smoking Mirror. 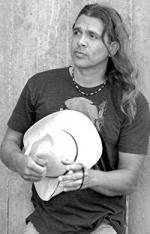 The first story I sold was to The Black Warrior Review, in 1995. “Paleogenesis, ca. 1970.” I think that's the title. I'd just learned how to abbreviate “circa” back then, so I knew I had to write a story with it. Got a hundred and fifty dollars for that story. This was back when editors called you up to accept. Talking to that editor on my corded phone in the kitchen of my apartment, I was pretty sure this was a friend, faking like he was an editor. So I was just saying sure, yeah, great, because the punchline was coming. But then it never did. This was it, this was my first story in a place with some national profile. It was all happening. I clearly remember setting the phone back in its cradle and then it ringing under my hand. With, I knew, the punchline, the gotcha. I lifted it up, didn't even say anything, just waited. It was the police from my hometown in Texas. My mom had just been in a head-on collision in, of all places, the street right in front of the emergency room doors of the hospital. So they'd just wheeled a gurney out, carried her back in. I set that call back down too, walked out onto my little balcony and looked up at everything. The moon was full to bursting that night. And, I'd like to say I took that hundred and fifty dollars and bought something extravagant, or went to Whataburger, but, first, that check was a few weeks in coming, and second, when it did come in, it was already spent. Like the checks always are. I imagine I got up a few hours later, trucked it down to my six a.m. shift in the warehouse at Sears. But I was different inside, now. And, I'd been mailing stuff out heavy, and against my professors' advice, but, with this Black Warrior Review acceptance, the sky was the limit, I knew. So I wrote more and more, mailed out more and more. That was my celebration: more stories, more SASEs. And, as it turned out, a lot of rejections. But a few acceptances, too. It's how you pack the snowball bigger, and bigger. It's how you ride it down the hill, crash into the world. 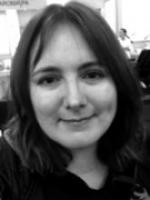 My first official sale of anything was a poem that I sold at age eleven to Cricket Magazine. It was called “Earthquake!” (with an exclamation point), and I was paid $25 US plus a copy of Bunnicula, a kids’ book about a vampire rabbit that drained the juice out of vegetables. I vaguely recall using some of that money to buy a whack-load of Tanith Lee yellow-spined DAW paperbacks from a shop I used to frequent on Mount Pleasant Boulevard. My first adult pro sale, on the other hand, was a short story called “Mouthful of Pins” to Northern Frights II, edited by Don Hutchinson. I celebrated by having two quotes tattooed on my shoulder: “Be neat and orderly in your life, like a bourgeois, so that you may be creative and violent in your work—Flaubert” and “Listen to stories. It's pleasant, and sometimes it improves you—The Mahabharata.”

Gemma Files is an award-winning author whose books include Experimental Film and the Hexslinger series. 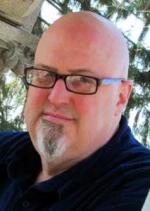 I sold the very first story I had ever submitted, to a now-defunct magazine called Eldritch Tales. The story was called “The Two of Guns,” a weird little Western that's seen a lot of reprint life recently. Anyway, I'd been writing for a while and had finally worked up the nerve to submit something. This was back in the early, early days of the Internet, and I'm not altogether sure how I found the magazine or its submission stuff. And I long ago threw out the enormous, tattered manila folder that held all my rejections and acceptances from the Dark Ages of my career. But I sent it out and waited ... and waited ... and waited. My ex-wife and I went on vacation to Florida and had our mail held. When we returned, I went to the post office to collect it and sat in the car shuffling through the mail that was important—okay, bills—and that which could be thrown out. As I searched, I saw an envelope addressed to me in my own handwriting. After a moment or two of profound disconnect, I realized what it was. I tore it open with shaky hands, and inside was a contract for the story and a check, as I remember, for a whole $15. I know, right? Check even before acceptance? Well, that's never happened since. Anyway, this was before cell phones—I didn't have one, at any rate, circa 1991—and I drove back home to share the good news with my ex. Then, I called my mother. No one can bring you back to earth with quite the shattering honesty of your mom. Mom: “That's great, dear. How much did they pay you?” Me: “Fifteen.” Mom: “Fifteen hundred dollars? That's great!” Me: “No, mom. Fifteen. Dollars.” Sigh. Well, my ex and I went out to Ruth's Chris Steak House that night to celebrate, ate enormous steaks, drank wine, and she even bought me a dozen roses. Yeah, we spent well in excess of $15. But it was worth it. And, sorry mom. I still haven't made $1,500 for a short story.

John F.D. Taff is a dark speculative fiction author with more than 25 years’ experience, and more than 90 short stories and seven novels in print.

So, over to you. How did you celebrate your first story sale?

Dino Parenti from Los Angeles is reading Everything He Gets His Hands On August 1, 2017 - 9:17am

My first published story of note also coincidentally won the inaugural flash fiction contest at The Lascaux Review in 2012. It was $250 and publication, and the naive me thought, "Great! This is how all publication will be!" Needless to say, NOPE. I've been published since for sure, but for a while there, I enjoyed the fantasy bubble I lived in. I believe all that money went towards a repair for a car that finally died on me last month. Oh well. Maybe the first novel sale will be proportionately the same. Tick-tock-tick-tock...

I just sold my first short story, The Formulary to The New Haven Review, for $500 (a story that I work-shopped on this site). I have earmarked that money for a bachelor party I'm attending later in the month at the casino - seems like a fun way to celebrate my first sale!