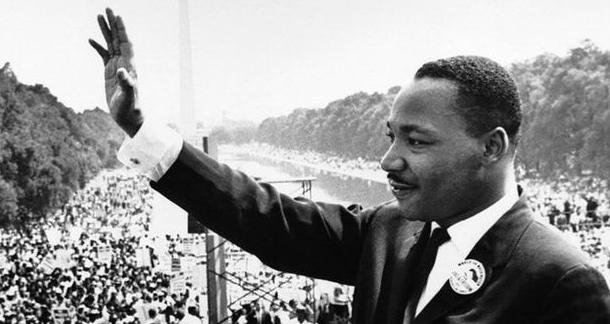 Jan. 18 marks over three decades of national celebrations dedicated to the legacy of Martin Luther King, Jr. King is known around the world as an activist and humanitarian, but his skill as a writer and communicator played an important role in bringing his advocacy to a broader audience. His speeches have been praised for their rhetoric, and he wrote one of his most passionate essays from an Alabama prison cell. King's words were not only transcendent in their message, but in their linguistic elegance. I took some time to read through his words (a highly recommended way to spend an afternoon), and these are a few of the things that I learned.

“Letter from Birmingham Jail” was the result of King's arrest in April of 1963. He began writing it on the back of a newspaper smuggled into his cell, and finished on a legal pad his lawyers were eventually able to obtain for him. Although the circumstances in King's case were extreme and far less than ideal, he still didn't wait to get his ideas onto the page. He practiced “the fierce urgency of now,” a resilience and ingenuity that brought his thoughts and dreams into the world despite the odds against them. His letter reads in part:

Perhaps it is easy for those who have never felt the stinging darts of segregation to say, 'Wait.' But...when you take a cross country drive and find it necessary to sleep night after night in the uncomfortable corners of your automobile because no motel will accept you...when you are forever fighting a degenerating sense of 'nobodiness'--then you will understand why we find it difficult to wait.

King knew that no one would wage his battles for him, and the same is true for any one of us. It's a sobering fact, but if you have something worth saying, you only have so much time on earth to say it. Don't wait.

In continuation of the last point; you may know you have something to say, but it doesn't always present itself accurately the first time. There's a story inside that's fighting to get out, but it falls onto the page half-formed. Maybe it takes only a few sentences to make your message known, maybe it takes a thousand. Start writing now, and don't stop until you know you've finally got it right. King himself used several variations on the words “I have a dream” before they became the refrain that is instantly associated with him today. According to the King Center, there are nearly a million documents associated with the life of Martin Luther King, Jr. Their site serves as a massive database of sermons, speeches, essays, and letters.

King's style is forthright and even, with no room for passive language. He periodically employs parallelism or anaphora (a literary device with ancient Biblical roots) to draw attention to a particular statement through repetition. The effect is a voice that is full of conviction. He is undeniably firm, but his message never waivers or devolves into cynicism.

King took a very participatory tone in his speeches and essays. His words were a call to action, not a mere condemnation; it's a huge part of what makes them so inspirational. One of his greatest gifts as an orator was his knack for understanding an audience, and it was this empathy that allowed him to captivate such a large and diverse group of people. It's something that all writers strive for-- that ability to get inside of another human being's head. King offers something of an explanation of this ability in "Out of the Night of Segregation," an essay published in Lutheran Woman's Work in 1958:

In speaking of love, we are not referring to some sentimental and affectionate emotion...Love in this connection means understanding good will as expressed in the Greek word agape. This means nothing simple or basically affectionate; it means understanding, redeeming good will for all men, an overflowing love which seeks nothing in return. It is spontaneous, unmotivated, groundless, and creative...When we rise to love on the agape level, we rise to the position of loving the person who does the evil deed, while hating the deed that the person does.

King's legacy lives on in his words, which continue to remind readers of racial inequalities that have lingered into the present day. Have a look at this list for some recommendations of current African American authors to catch up on.

A Testament of Hope: The Essential Writings and Speeches

Why We Can't Wait (Signet Classics)