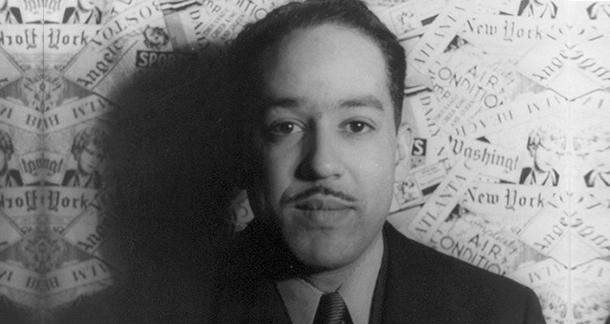 In 2008 I was living in a minuscule apartment with no heat and a borrowed mattress with a dent in the middle that made me feel like a human taco. I had left behind my country, language, family, friends, and favorite places to pursue a degree. My only friends back then were books, and I paid a lot of attention to what they said. When you have no money, no car, and no friends, books offer so much that you forget about what you lack. Meandering the hallways of academia I met a superb journalist and nonfiction writer, Bill Minutaglio. He became a mentor of sorts, and he did something I will forever be grateful for: he introduced me to the work of Langston Hughes.

Minutaglio had recently finished working on a book titled In Search of the Blues, and Hughes had played a role in it as well as in Minutaglio’s life. Shortly after our conversation about poetry, Hughes, and the blues, I stumbled upon a used copy of The Dream Keeper. I opened it and read the opening poem, the same one I’d heard my mentor recite:

“Bring me all of your dreams,
You dreamers,
Bring me all your
Heart melodies
That I may wrap them
In a blue cloud-cloth
Away from the too-rough fingers
Of the world.”

It was simple. It was beautiful. It was profound. It was poetry distilled, raw, pulled far away from the obscure, purposefully convoluted nature of most of the academic poetry I had been reading. In a way, that short poem, much like Ginsberg’s poetry a few years earlier, reminded me what poetry could be, what it could make me feel with just a few lines. You know I bought the book. Then I gave it away and bought another copy. Then I found an illustrated edition and bought that as well. Just last week, I showed up early to the room where I help high school kids with their writing and spotted a schools-only edition of The Dream Keeper and Other Poems. Yeah, I read it again. I also loved the introduction, penned by Lee Bennett Hopkins, which contained this collection of truths about Hughes:

Little could he know that his “April Rain Song” would continue to kiss us; that his “Poem: I loved my friend…” would become an elegy for separation and loss; that his prayers and lullabies would echo within all our “sleep-songs”; that his syncopated blues would remind us of a time that was; that we would continue to be “walkers with the dawn and morning,” and have… “tomorrows bright before us like a flame.”

Sure, he had no way of knowing, but he wrote like he was sure of it. His writing is still around, still being shared, still in the classrooms, still in the hungry mouths of folks in tiny houses and apartments, still strong and striking and bluesy and unapologetically black (just read “Proem” in The Weary Blues: “I am a Negro:/Black as the night is black,/Black like the depths of my Africa”) and wonderful.

Now let me tell you what makes Hughes special. There’s a decade of reading, writing, reviewing, studying, traveling, meeting people, and hardships between that first reading and this last one. Ten years of learning to be a person of color in the United States of America. Ten years of reading poetry. Ten years of learning and living and doing. However, despite all that, Hughes’ words place a soothing hand on my soul the same way they did that first time. They are still there, unpretentious, and straightforward. That staying power, that ability to touch people across generations and races, is what makes Hughes special and a voice that should be celebrated every month, and especially in February.

I know that poetry can be complicated, surreal, and experimental. I dig all of it. But it can also be candid and short, universal and easy to connect with. Hughes wrote about suffering, love, dreams, and hope. He wrote about everyday life and pain. He allowed the blues to dictate the cadence of his words, and in that process ensured they would be listened to for years to come.

Hughes died on May 22, 1967 in Harlem, but the stories and poems he left behind are a gem of African-American and simply American literature. The Dream Keeper first appeared in 1932. Think about race in 1932. Hell, think about race now, and you’ll understand where some of Hughes’ words came from. That’s an exercise I’ve done every time I’ve read him. However, despite the differences between Hughes and I, I’m unable to read “Po’ Boy Blues” and not feel it deep in my soul:

February is Black History Month and Hughes’ birthday month (he was born on February 1, 1902 in Joplin, MO). This makes February the perfect time to start/continue reading his work. It’s also a great time to remember that he should be read and shared every month, and that he is a go-to writer to turn to every time your soul needs a little medicine.