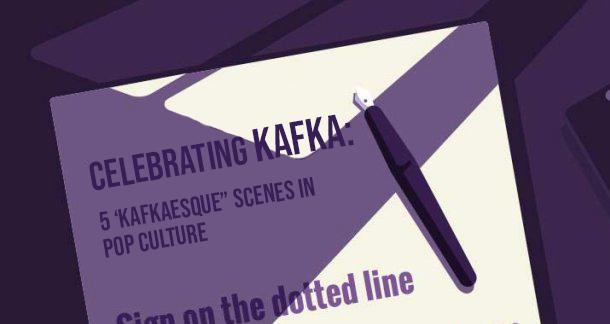 In the ninth episode of Breaking Bad’s third season, a therapist tells Jesse Pinkman that Jesse’s situation is “Kafkaesque.” Poor Jesse agrees, saying that it’s “totally Kafkaesque” — even though he obviously has no idea what the therapist is talking about.

So what is “Kafkaesque,” really? Recently, we’ve casually overused the term so much that it’s virtually become meaningless. However, it refers back to the works of Franz Kafka. It especially captures, according to Merriam-Webster, “a nightmarishly complex, bizarre, or illogical quality.”

To put a finer point to it, imagine a situation so absurd that you begin to think you’re living out a nightmare — but you’re the only one who recognizes or even realizes it. In such a Kafkaesque state of affairs, even the simplest things are beyond your control and that status quo is so incomprehensible that it becomes darkly farcical. Perhaps Big Think puts it best: “If only there were some word to describe the comic yet uneasy feeling of there being a great plan at work, but the machinations of that plan being obscured...”

To celebrate Kafka’s birthday this past July, we ranked several famous scenes in pop culture to see how Kafkaesque they really are. If you’re brave enough to walk with us into this waking nightmare, let’s begin. 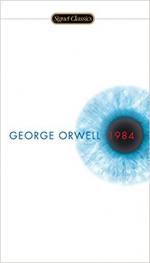 “If you want a picture of the future, imagine a boot stamping on a human face — for ever.”

Written by an author who’s often mentioned in the same breath as Kafka, 1984’s protagonist, Winston Smith, is tortured, interrogated, and brainwashed for months on end by an implacably all-powerful administration.

A horribly oppressive government? Check. Complex relationships between individuals and the systems of a surveillance state? Check. But 1984 is not Kafkaesque. What 1984 lacks is both the sense of absurdity and the spotlight on the governmental machine’s unwieldiness, for George Orwell and Franz Kafka tackle similar subjects from different vantage points. For Orwell, the greatest nightmare was the unchecked power of a purposeful totalitarian state. For Kafka, it’s “bureaucratic indifference and psychic failure” — something of another flavor entirely.

How “Kafkaesque” is it? 1 Kafka. Probably why a separate moniker (“Orwellian”) emerged out of 1984. 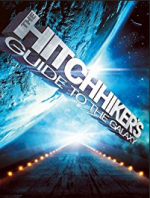 If you want to talk about the utter flop of the bureaucracy, you needn’t look any further than a scene in The Hitchhiker’s Guide to the Galaxy (the movie, not the book). Trillian, one of the protagonists, is about to be mistakenly executed by the Vogons and her friends have to race to procure papers proving her innocence. The catch: they must acquire these materials from Vogonian bureaucrats, which doesn’t turn out to be easy.

What’s amply conveyed is the sensation of overwhelming futility in the face of red tape. However, as frustrating as the Vogons are, the scene isn’t quite ridiculous or purely illogical enough to be 100% Kafkaesque.

That said, the narration does manage to capture much of the officious inefficiency that Kafka so hated in one line: “[The Vogons] wouldn’t even save their own grandmothers from the Ravenous Bugblatter Beast of Traal without orders signed in triplicate, sent in, sent back, queried, lost, found, subjected to public inquiry, lost again, and finally buried in soft peat for three months and recycled as firelighters.” A sentence that Kafka himself would surely have been pleased to see in print.

How “Kafkaesque” is it? 2 Kafkas. “Extremely inconvenient and somewhat ironic” isn’t quite enough to qualify something as Kafkaesque — but a healthy lampooning of the bureaucracy always helps. 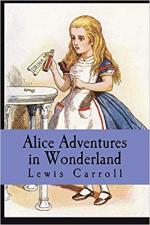 Allegedly, Lewis Carroll came up with the idea of Wonderland as a treat for his children — but you might be forgiven if you imagined that he did it one day as a hallucinogenic tribute to Kafka. Here lie fever dreams, talking rabbits, arbitrary systems of power, and instant legal executions.

Speaking of the law, the trial of the Knave of Hearts in Alice in Wonderland is perhaps the most daring instance of Kafkaesque absurdity in children’s literature. It revels in the sort of dreamlike logic that features in Kafka’s The Trial:

"Let the jury consider their verdict," the King said, for about the twentieth time that day. "No, no!" said Queen. "Sentence first! Verdict afterward."

One cannot help but ironically suspect that somewhere in there lies the circular reasoning that also keeps Alice lost in a world in which every exit has been obscured.

How “Kafkaesque” is it? 3 Kafkas. Simplistic book titles aren’t the only thing that Alice in Wonderland and The Trial share — the surrealism and inherent distrust of authority that pervades both books are also alike. 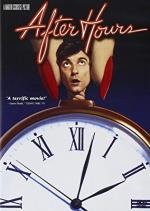 “If you’re so drawn to it, try and force your way in.”

Upon its release in 1985, After Hours was lauded as a Kafkaesque cinematic experience. Among other bits of homage, it includes a scene ripped straight from Kafka’s short story, "Before the Law". In it, Paul Hackett, our protagonist, tries to enter a club — only to be stopped by the bouncer, who keeps telling him: “It is possible, but not at this moment.” When Paul scrounges up a few coins to try and gain entry, he tells him, “I’ll take your money ‘cause I don’t want you to feel you haven’t left anything untried.”

Compare this to "Before the Law", in which an unnamed man asks a gatekeeper for entry into the law. The gatekeeper tells him that he cannot enter at the moment. Kafka then writes: “The man, who has equipped himself with many things for his journey, spends everything, no matter how valuable, to win over the gatekeeper. The latter takes it all but, as he does so, says, ‘I am taking this only so that you do not think you have failed to do anything.’”

Unsurprisingly, the ending that Kafka has lying in wait for his protagonist is grimmer than Scorsese’s: he dies after standing for years in front of the gatekeeper, waiting for entrance.

How “Kafkaesque” is it? 4 Kafkas. As far as homages go, this one was pretty good. 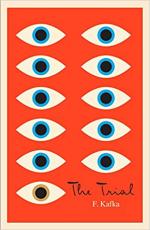 “Logic may indeed be unshakeable, but it cannot withstand a man who is determined to live.”

How much more Kafkaesque can you get than the book that basically inspired the term? To get a sense for why this was the story that birthed the word, “Kafkaesque,” we only need to look to its plot. In The Trial, Joseph K. wakes up on his thirtieth birthday to discover a group of bureaucrats ready to arrest him. He tries to find out why he has been apprehended. No one tells him. He tries to learn about the rules of the court that’s going to try him. But the rules are secret. He tries to find escape routes via the Law. They are all blocked.

Retaining all the elements of a living nightmare, The Trial uncovers the utter absurdity of the law, the illogical nature of the bureaucracy, and the hopeless futility of the individual. By the end of the story, K. leads two unnamed officials to the spot of his own execution. The men put his head on a block — and kill him with a stab to the heart. Totally Kafkaesque.

How “Kafkaesque” is it? 5 Kafkas. You can’t beat peak Kafka at his own game.

How about you? What scenes in pop culture strike you as the most Kafkaesque?

Kedzie from Northern California is reading The Things They Carried by Tim O'Brien August 4, 2018 - 3:27pm

Another great article, thanks! I just read your article about popular music based on literature and wrote a reply. But the article is three years old, so in case you don't see that reply, here's a copy and paste of the text:

I'm guessing you already know this, but if not: Bruce Springsteen's Born To Run was inspired by (and lossely based on) J.M. Barrie's Peter Pan. Thus we have the hero and (of course) his girlfriend by the name of Wendy, trying to stay young forever.

Other songs on the album, in particular, Backstreets and Jungleland have a bit of a Peter Pan-ish vibe. For example: the Duke Street Kings and the Rangers could be viewed as analogous to the Lost Boys, and the "barefoot girl sitting on the hood of a Dodge, drinking warm beer in the soft summer rain" could be seen as an incantation to, once again, summon up Wendy. (The girl then makes an appearance later in the song).

On a different musical note there's The Sensual World by Kate Bush. There's too much for me to attempt a synopsis, better to just link to the Wiki page.