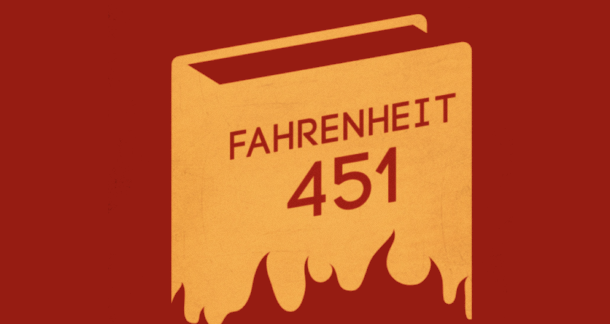 Imagine you’re walking down the street in a pre-pandemic city. Across the way, the people milling by are absorbed in what’s playing through their earpieces, scrolling distractedly on the screen strapped to their wrists. Their heads are down as they rush forward, so engrossed in the cacophony of their devices that they don’t even notice the people around them.

Now: is this a page taken out of a Ray Bradbury novel, or the real world? For a man who predicted not only Bluetooth headsets (Fahrenheit 451) but Apple Watches (“The Murderer”), is there even a difference anymore?

If you’re only familiar with Bradbury from being assigned Fahrenheit 451 in English class, you may not realize what a colorful, varied, and downright magical life he led — nor how many of his vivid and terrifying ideas have come to pass. To better understand the man, though, we need to peel back time, to the wide-eyed boy who had no idea he would one day change the literary landscape.

A brief history of Ray Bradbury...

Born 100 years ago, on August 22nd, 1920, Ray Bradbury led a life straight out of a storybook. From his rag-tag beginnings during the Great Depression, when the only thing he had to write on was often butcher paper, to his family’s move to Hollywood and the celebrity friendships he forged, Bradbury’s life was routinely touched by the strange and magical.

If Bradbury’s life was the movie it often resembled, there was one moment in particular when he surely met a real-life wizard: at the performance of a carnival magician, the perfectly named Mr. Electrico. At the end of the performance, he tapped young Bradbury on the nose with the tip of his electrically charged sword and commanded him to, “Live forever!”

Bradbury took this exhortation seriously. From that moment on, not a day passed where he wasn’t writing. For him, it became a necessary tonic to survive in an increasingly terrifying world. As he put it:

We must take arms each and every day, perhaps knowing that the battle cannot be entirely won, but fight we must, if only a gentle bout. The smallest effort to win means, at the end of each day, a sort of victory.

But if this makes you think that Bradbury was all business, think again. A fan of the strange and wonderful, Bradbury was an avid movie lover, a enthusiast of toys and games, and a devoted magician (the career he would have pursued, had writing not stolen his heart). In fact, one could argue that it was this sense of joy that allowed him to plumb his imagination for the many gems it yielded over the years. Learning was a particular joy to him, and Bradbury often sought solace within library walls — his preferred method of schooling — to explore whatever subjects caught his attention.

And what a range of subjects that was: Bradbury’s bedtime reading list consisted of one short story, one poem, and one essay on a topic ranging from archaeology, zoology, biology, philosophy, politics, and more.

It’s no wonder, then, that his career took such varied turns! From essays to poems, novels to screenplays, Bradbury published over six hundred individual pieces of writing over the course of his varied career. 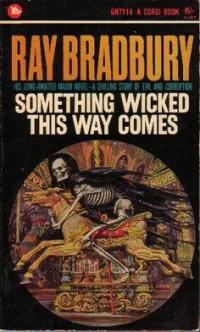 Fahrenheit 451 is his most renowned work today, of course. But that doesn’t mean that you should ignore his other groundbreaking novels when you dive into his oeuvre. If you want to celebrate the great man, start with this guide to Ray Bradbury books. But I can particularly recommend these:

With so much life packed into his days, it’s easy to see how Bradbury gained such insight into the way the world would unfold. And while technophiles may not have a problem with the various innovations he foresaw, there are definitely plot turns in his books best left in the realm of fiction.

But maybe if we all take a page from Ray Bradbury’s nearly century-long life — finding wonder in the everyday, keeping a sense of youthful exploration, reading and writing widely — we’ll be able to avoid manifesting the worst of this prolific author’s fears. Maybe, if we’re very lucky, we’ll even find ways for all of us to live forever — or at least lead a life rich enough that it feels like we did.

Buy The Martian Chronicles at Bookshop or Amazon

Buy Something Wicked This Way Comes at Bookshop or Amazon