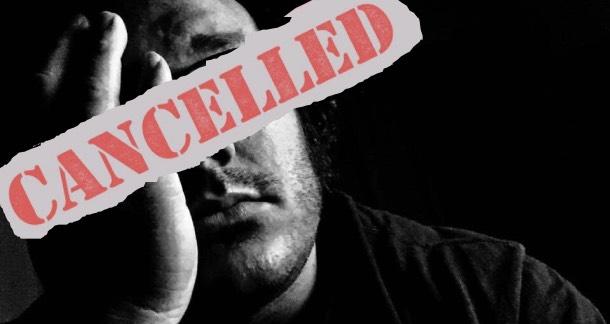 Ha! That's not true. I was just messing with you.

Sadly, there are folks out there saying that garbage without meaning it as a joke. There are writers who think the reason they're not getting published is because they're not a person of color or a member of the LGBTQIA+ community. The idea that social justice warriors have become the gatekeepers of the publishing world and have made it increasingly difficult for straight white men to get published is a thought I've encountered an inordinate amount of times, especially considering how fucking ridiculous it is.

Let me break things down for you. Don't worry, I won't fill your head with numbers. That said, I've been researching diversity in publishing for years, have written extensively about it, and have now started giving keynote speeches on the subject—so I have to throw some facts out there. For example, as a book reviewer, I belong to the 3% of book reviewers who are Latino/Latinx/Mexican. Three fucking percent. Sigh. Moving on.

...you can get out of our way and let us do our work, or you can stand in front of us to impede our progress... and watch us chop you down.

A study done by the Cooperative Children's Book Center at the School of Education in the University of Wisconsin-Madison found that the percentage of books depicting characters from diverse backgrounds is abysmally low. The study found that 10% of books featured African/African American characters; 7% featured Asian Pacific Islander/Asian Pacific American characters; 5% featured Latinx characters; and just 1% featured American Indian/First Nations characters. However, 50% of books featured white characters while 27% featured animal characters. Yeah, kids are exposed to talking animals in literature before they are exposed to black and brown folks. Obviously there are no gay characters. In any case, some of the same nonsense can be found in all other genres with little degrees of variance. I promised you I wouldn't drown you in numbers, so I'll leave it there. Want more? Come out to see me next time I give a keynote near you.

The idea that SJWs have somehow taken over publishing, which is still a predominantly white, straight business, is preposterous. The idea that those who have taken over are doing all they can to keep straight white men from getting published is so stupid I think even Trump would have a hard time coming up with it. Publishing, by and large, is still white. That said, I know why some writers are complaining. Here are three important reasons:

— Otherness is finally getting a bit of attention and publishers, agents, and editors are realizing how many amazing narratives there are coming from its core.

— Readers have started reading outside their comfort zone. Last week I talked to a huge room packed with librarians in Chicago. About 99.9% of them were white women. You know what? They were all talking about diversifying what they recommend. This, my friends, is a beautiful thing. Also, shout out to librarian extraordinaire Becky Spratford for being a force of nature and one of the strongest agents of change in that field.

There is still a lot of work to be done, but the face of publishing is changing. On one side of it are white folks who are excited about it. White agents and publishers and editors doing their part; great straight white writers writing blurbs and lending hands to upcoming POC, female, and queer writers; and straight white readers exploring a world most of their parents ignored and their grandparents probably spoke about using derogatory language. On the other side of this change are sour writers who think they aren't getting published because you now have to be an "African American lesbian" (someone said that on Twitter a while ago) to get a contract. To those who think that, let me say this: Fuck you. Write better stories.

Instead of writing a last paragraph making fun of those who believe in cancel culture and the SJW takeover in publishing, I'll copy and paste the last paragraph of my last keynote and offer it to you here as an invitation, a call to action, and a warning:

"We no longer need to explore the homogenous nature of publishing and other creative endeavors. We have already stared at it for too long. We know what it looks like, how it acts, where it comes from, how it affects people, and how it limits opportunities for writers. What we need, friends, librarians, readers, publishers, and scholars, are interdisciplinary approaches to the problem that bring forth solutions. What we need is to use our power as writers, readers, and consumers to scream against a system that perpetuates the status quo. What we need is research that explores how fiction and nonfiction narratives can help us better understand, communicate, and process the immediate and lingering effects of displacement, change, acculturation, border crossing, bilingualism, colonialism, alienation, assimilation, homophobia, self-imposed exile, transphobia, racism, diaspora, transnationalism, hybridity, and the vast array of experiences that take place not only in the spaces these narratives carve for themselves in popular culture, but also in the interstitial spaces they occupy that are currently being overlooked. What we need is to work collectively to shine a light on all experiences coming from those inhabiting Otherness. What we need is to construct a discourse that makes the importance of these narratives obvious to those who are seemingly blind to it. What we need is to give each other the strength to say the following: The time for diversity is here and you have three options: you can work with us, you can get out of our way and let us do our work, or you can stand in front of us to impede our progress...and watch us chop you down."

Have a nice day.

Not There Yet: Diversity in Big Five Publishing

I agree with what you are saying. In the past my reading list was mostly or all white male. Part of that was my upbringing, which I am finally overcoming. This year my reading list is all over the board. Thanks inlarge part to finding N K Jeminsin and Ocatvia Butler(in addition the some of the authors you mentioned).
Thank you for this article.

What a lame way to try to get clicks. I'm not a white male, and I have some issues with the "cancel culture" of publishing, primarily that quite a few writers of color or women have had their books pulled for the scantest of reasons. Because there are many writers behind the scenes - including diverse writers - who are scared sh**less of writing anything that could conceivably be termed "offensive" and watching their work go up in smoke. The fact that you headlined this essay the way you did shows that you know there's an issue, because you knew those of us who are concerned would click in. Next time try to headline your position accurately, otherwise it comes across as not quite believing your own take.