Can Good Writing Save Spider-Man? 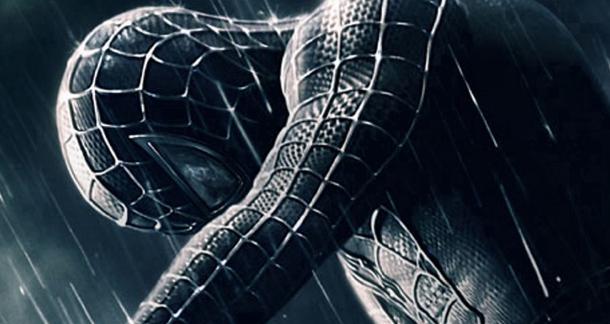 Okay, not really. I’m Pete. But I really care about Spider-Man. To the point that I’ve ALWAYS wanted to write a comic, put an asterisk next to a word balloon, and then write something down below like, “See ish #3314 for the first appearance of the Outer Space Wolf From Outer Space –Smilin’ Stan.”

That’s a dream of mine. Let’s just establish that you’re dealing with that kind of arach-nerd here.

Even as a fan whose blind allegiance to Spider-Man has led him to defend some really dumb stuff, I can recognize that the Spider-Man movie franchise is in trouble.

Let’s face it. The Spider-Man movies have been, so far, hit and miss.

The Spider-Man movies have been pulling in less cash as they go.

A new reboot has been announced. A third reboot in less than 15 years.

And let’s face something else. Marvel blew it by rebooting Spider-Man as white. Whether you consider it a social justice issue or simple marketing, they blew it. Although I’m still holding out for my Heroes For Hire movie and a beautiful team-up between Luke Cage and Iron Fist, even though a blaxploitation/kung-fu movie already exists in the form of the near-perfect The Last Dragon. Which includes great stunt-casting: Vanity! The lady, not the personality trait.*

*as for a Marvel superHEROINE movie, I’m into it, even though the bizarre reality is we might get a second Howard the Duck movie first. But if anyone is looking for suggestions, I think the time is ripe for a Saturday-Night-Fever-Esque Dazzler movie –Smilin’, Sexistin’ Stan. 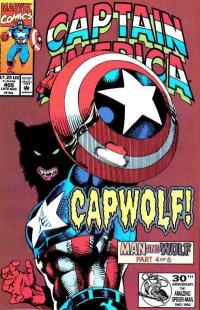 Probably the most damning evidence, or the most disturbing to me personally, Spider-Man is a less popular character than Captain America at this point.*

* Captain America  was so lame in the 90’s that we made him into a werewolf. Just to try SOMETHING. –Smilin-With-Wolf-Fangs Stan.

Spider-Man is less popular than Thor. The blonde bombshell who talks like someone drunkenly recounting Shakespeare In The Park.

If we face all the facts, Spider-Man’s screen days might be limited.

Yet. There’s a glimmer of hope.

What lessons can the movies take from the comics? Can the good writing in these comics save the movies?

And now we’re headed for a third run at the same origin story.

Avengers and Avengers: Oops We Made An Ultron are cribbed from comics, but there’s a lot of new in there too.

Spider-Man comics have been running for long enough now. There are plenty of stories beyond the origin. Maybe try one.

The Spider-Man comics that are written right make us laugh. 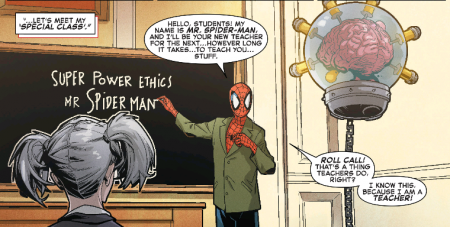 *Spider-Man and the X-Men -Studious Stan.

And they make us cry. 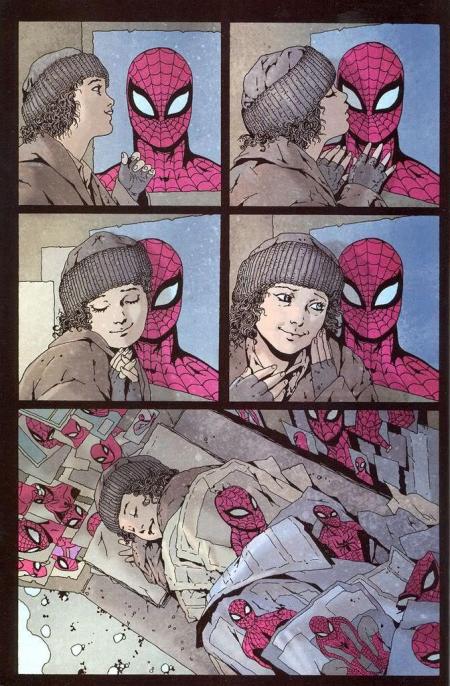 *In fact, one of the few redemptive moments in Spider-Man 3 is the portion where J. Jonah Jameson reacts to the runaway bride situation at his son's wedding -Side-Splittin' Stan.

Dan Slott has been writing the Amazing Spider-Man comics for several years, and I have to say, he’s one of the best. He’ll be in that pantheon of great writers.

I don't even know how to describe it better than the way Joe Bob Briggs describes so many movies: 'Too much plot getting in the way of the story.'

And I have to say, he’s sold me on some crazy-ass storylines.

Spider-Man’s entire life was sort of reset in a deal with the devil.*

*Actually, it was a deal with Mephisto. At the time, Marvel wasn't owned by Disney, who has trademarked the Devil as they are the ones who currently have Satan contained in an underground lab –Slanderous Stan

In another arc straight out of General Hospital, Spider-Man and Doctor Octopus swapped bodies. Long story short, they did it with technology. Which is silly, but no sillier than peeing in a fountain at the same time as Ryan Reynolds.

Comic book stories, let’s face it, are pretty ridiculous. Evil elves want to make our dimension into a hellscape that’s really windy because…they’re jerks? A purple space guy assembles some jewelry into a giant golden boxing glove in an attempt to convince Death to go steady?

Here’s the thing of it. These crazy stories totally work. They’re a joy to read.

Good writing can make a lot of things work. Even a body swap not facilitated by urine. Even a bejeweled boxing glove. Even a spider man.

Make Me Care About A Non-Super Character

I care about Aunt May. In the comics, anyway. Probably because they make her a human.

In the comics, side characters are people. Well, okay. Most of the time. They have their missteps, which sometimes involve creating a giant space Twinkie: 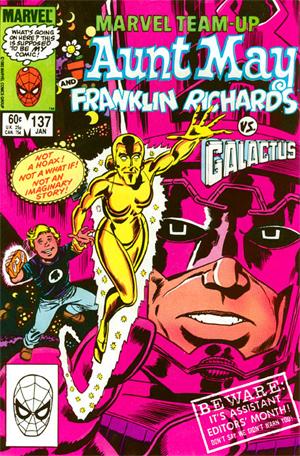 And then there was this whole debacle: 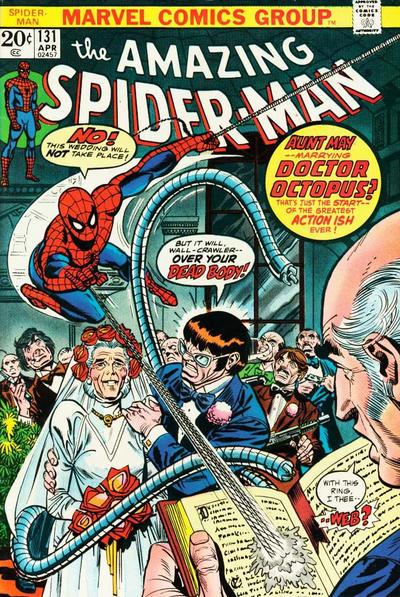 I care about these side characters, but only in the comics.

Superhero movies have a weakness, and it’s that I don’t really care about the non-super characters. The only way that they’ve found to try and make me care, they have a regular character pick up a gun and shoot it, or they pick up a pipe and whack a bad guy around. But I can’t think of a superhero movie where a regular person, a person not involved in the super stuff, was someone I cared about.

How about you make me care about the regular people a little?

Give me that panic people had in Toy Story 3 when it looked like the characters were headed into the incinerator!*

*Luckily, the Toy Stories (that’s what I call Woody and Baz and those guys) didn’t’ die. They lived on to sprout further films, proving that even Pixar isn’t above tricking us with possible death, which is a ploy I invented in the 60's –Spoilin’ Stan.

Pardon My French, But How About A Fuckin’ Story!?

What is the story of the Spider-Man movies?

For the most part, Spider-Man gets powers, and coincidentally, so do some real jerks. Then it's like, I don't know, a heist?

The plot summary for Amazing-Spider Man 2 reads like...I don't even know how to describe it better than the way Joe Bob Briggs describes so many movies: "Too much plot getting in the way of the story."

*Sorry for that sentence. It’s awful. But I thought it would be easier to just apologize and move on rather than smooth it out –Syntaxin’ Stan.

Maybe it wouldn’t be such a bad idea to give us a story that can be summarized. Spider-Man gets powers, he becomes involved in X, which causes Y.

Does anyone else remember this? 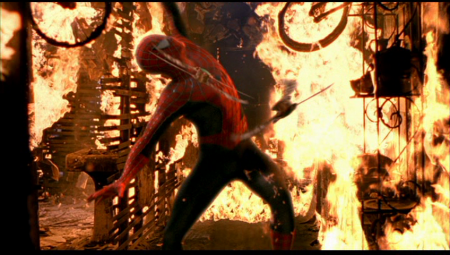 It was this slow-mo sequence from Spider-Man. There is stuff flying at Spider-Man, there is fire, it's bonkers. And when I saw this in the preview, it was the kind of thing that gave me a sense of wonder.

What's the next-best sequence in the spider-film canon? Honestly, it's the DVD menu for Spider-Man, which is the scene from the end of the movie where Spider-Man is swinging around the city.

Write a story, and then have the good sense to know when there's an opportunity to step aside and let something cool happen. I don't need every action sequence to be laden with placing a beacon on a device to create a force field to....ugh, enough. Give me a story, and let some of the true wonder live outside the story. 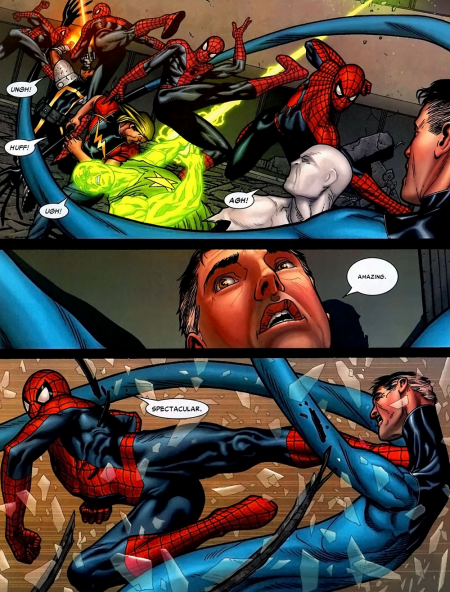 Maybe Bring In Some Comic Writers

Writers don’t always make great movies. But I have to say, with the disparity between the movies and comics, it wouldn’t kill me to see a Brian Michael Bendis or a Dan Slott on board. It sure as hell wouldn’t hurt my chances of planting an ass in the seat if I saw that Eliott Kalan did some punch-up. If G. Willow Wilson* worked on the dialog, you wouldn’t hear me complain.

**The new Ms. Marvel is Pakistani-American. I don’t know. That nickname was probably taking it too far. –Shitty-At-Columns Stan.