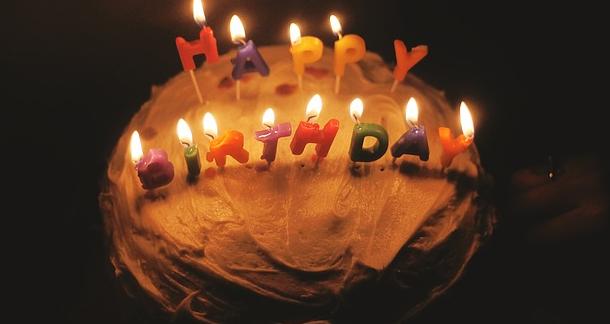 About two years ago, I put together a short list of character development exercises, curated from various blogs, social media platforms and podcasts. Since the Internet is basically a limitless resource for such things, it seemed like a decent idea to pull together a few more. Here are a couple prompts to get the mind juices going as you sit down and get to know your characters better.

What Happens When No One Is Watching?

You have just been sentenced to a lifetime of invisibility.

This idea comes from Promptuarium. Invisibility is a theme that has been thoroughly explored as a plot on its own ala H.G. Wells, but it opens up some interesting possibilities as a character exercise. What would your character do if absolved of any responsibility for their actions? Would they commit murder or simply steal the last pudding from the fridge?

How Do They Feel About Death?

After a woman's death, her son goes through her belongings. He finds a death certificate with his name on it.

From ballemillner.com, this could be altered to reflect any number of different relationships, plugging in a daughter instead of a son. Where to begin with this one? Going with the original, there's potential here to not only reveal a lot about your character's family dynamic, but his relationship with mortality. In one short sentence, he's confronted by both the possibility of his own death and the death of a parent. How does he react? Does he remain calm and indifferent? Is he curious, worried, or just glad his crazy mother has finally kicked the bucket?

What Do They Want For Their Birthday?

It's your villain's birthday, and he/she receives the present they always longed for as a child. What do they do with your gift?

This one is my own prompt, because I think the most believable villains are as multidimensional as any other character. I love villains who are human, who make you almost want to root for them until they inevitably do something horrible again.

What's In Their Garbage?

What is in your character's refrigerator right now? On her bedroom floor? On her nightstand? In her garbage can?

I like this question from the Gotham Writers Character Questionnaire because it asks you to consider what your character is willing to discard, or what they consider trash. It provides information about what he or she values by contrast of telling you what they don't think twice about tossing away.

Who Is Their Double?

Who would the character want to play them in a movie about their life, and who would they want to direct it? Also, would your character behave differently “offscreen” or off the page if they were aware of their fictional status?

This was suggested via message through a friend, and I like it because it says a lot about your character's own self-image. Perhaps the actor he/she picks is different from the one you would select. You know your fictional creation has started to take on a life of its own when it begins to disagrees with you.

Bonus round for extra writer's points (yes, writer's points are real): How does your protagonist feel about the current U.S. presidential election? Who is their least favorite author? What, if any, chronic medical conditions does your character have, and how does he/she handle them?

Do you have a favorite character development exercise? Let us know in the comments!

How does your character handle sex?

It's one of the most fundamental aspects of the human psyche. It actually shapes a lot of what characters do in different situations. You can ask your character some simple questions.

1) Where did you learn about sex? This could be from watching pornography on the internet, getting a lecture about the birds and bees from their mother, health class in school, purely by experience, gossip from friends on a playground, or even "What's sex?"

2) What do they expect from their sexual partner? Do they want her/him to be in control, submissive, a bit of both, freaky, timid, they should throw tennis balls filled with jello shooters at his/her scrotum. (Yes, her scrotum, because I'm open to the wide world of human difference.)

3) What are no-no's in regards to sex for them?

4) What was their first sexual experience, if any. (I'm still waiting for that special someone.)

I try to stay away from deepest darkest desires because I write more depressing, benign, literary fiction where bad sex is the norm, but, if you want to get really out there, figure that out as well.

So, in short, sit down with your character and finally have that awkward conversation about how marsupials do.

It definitely adds depth to a character if we know some little details about them. But if you're trying to construct a story in which your characters act in a convincing manner, then you probably also want to ask yourself how they would act in certain situations

How would they react if someone jumps the queue in front of them?

How would they react if they found out they have a terminal illness?

How do they react if their partner accusses them of sleeping with someone else?

If they see someone being attacked in the street do they intervene?

This is a really good article. I think this territorial io is one of the best entries I've ever read. Your work is outstanding and motivating. I appreciate you.