Brown Bag Your Writing: Using Your Lunch Break To Write 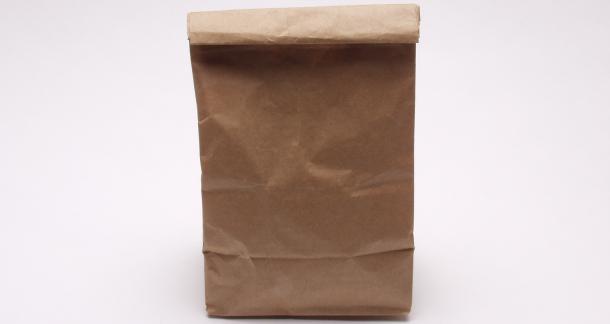 Every week starts the same. "This week, for real, for sure, for serious, I'm going to get some writing done during my lunch break."

Every week ends the same. "Wow. I for sure, for serious, got approximately NONE writing done during my lunch breaks this week."

It's not a huge loss. Until you do the math on about 5 hours of work time per week. Multiplied by weeks in a year. I'm no numbertician, but I know enough to see how all of that time maths up to a whole hell of a lot of missed opportunity.

Got the same problem? Thought so. I thought so, you lazy punks!

Here's what you can do to actually write during your lunch breaks. 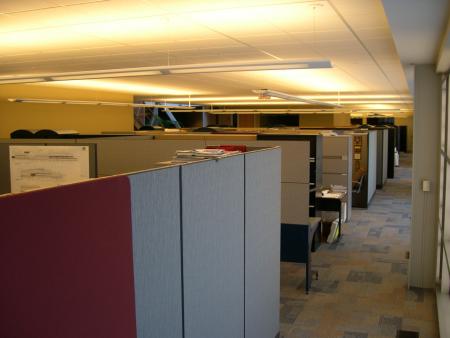 Step one of writing at work, get the hell away from work. It's the only way to avoid the dreaded phrase, "I hate to bother you, but..."

You know who is never interrupted during work? The garbage disposal in your sink. Nobody ever waltzes up and says, "Hey buddy, I hate to interrupt you" and then shoves a hand down in a garbage disposal. Nobody bothers the disposal while it's working. Because they would ACTUALLY hate to. Assuming they hate having a hand ground into a stump. Maybe some people are into that. I haven't actually read the Fifty Shades, so I'm not totally up on what people are into.

Leave your workplace. Go somewhere you can be alone and where no one will bother you. It might cost you a little time, but it's worth it. 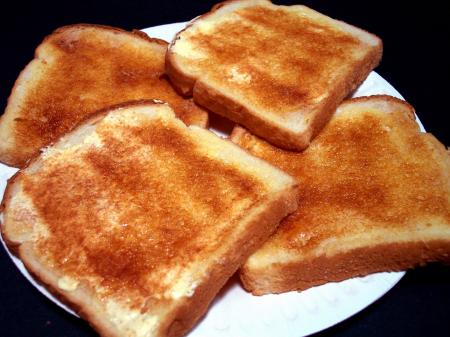 Let's talk about Double Stacks some more. Rarely are they perfect. Onion hanging off the side, mustard smear on the bun somewhere. They're so imperfect that I've taken to eating them in the dark.

Eating Wendy's in the dark. It's less sad than it sounds.

You're goal is replacing lunch with writing time. Just like a lunch, your writing doesn't have to be perfect. Or even good. If you let go of the idea that you have to create perfect, deep work every time you sit down to write, you're going to find it's a lot easier to sit down and write.

Even if you only end up with ten minutes of free lunch time, that's 50 minutes at the end of the week. And yeah, 5 10-minute chunks isn't as good as a single 50-minute block, but it's still a hell of a lot better than spending that same time NOT writing. 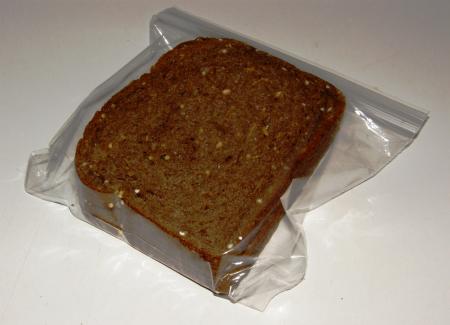 Bring your lunch. Don't go out. If you're the kind of popular kid who has co-workers ask you along to lunches, an easy way to say no is to say you packed a lunch. I assume. I am not the kind of popular kid who gets asked to lunches. When someone asks what my lunch plans are, it's so I can cover the cool people who go out together. Weep for me. Weep for me and my lonely lunches and darkened Wendy's binges!

The brown bag is your best friend. It saves you time. It saves you money, which is a great way to increase your writing time, long term. If your life is less expensive, you can work less and write more. Monica Drake wrote about this a lot better than I ever could, so I'll leave the heavy lifting to her if you're interested in the life-saving magic of scrambled egg sandwiches.

If it helps, print out the following little messages, fold them up and put them in your brown bag. They're just like the notes your mom used to put in your school lunches. (Note, my mom, though great, wasn't much for lunch notes, so I'm guessing here).

I'm so proud of you for bringing your lunch today! One million of hugs and kisses -Mom

I'm your mother, and this is a lunch, and I hope you have a really good day at work and when you come home you can expect a similar, but better and warmer form of food, possibly cooked by myself or your father. End message. -Mom

At some point we will have to do a talk about sex. I just want you to know that I'm looking forward to it even less than you, so if you could spend your lunch time talking to some of your goofball friends about it first, that would help. That way I can mostly do a Mythbusters thing instead of deciding when to start and stop. Maybe ask that kid Frank. He's weird. He probably has all kinds of dumb ideas about sex stuff. -Mom 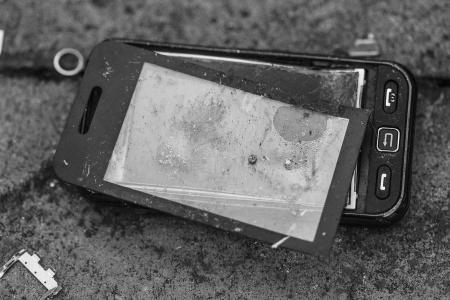 In fact, I suggest that you don't bring anything else with you to work if it's at all possible. If you're in the habit of bringing a book, leave it at home. Just bring whatever needs working on.

Leave your phone at home if you can. Try it. See what happens.

I know, I know. What if your mom dies?

Why does every discussion about whether or not you need a phone always come down to "What if my mom dies?" Your mom is going to die once. It's a one-time thing. And I don't know about you, but I'm not going to be a lot of help in reviving my mom after she gets hit by a bus or whatever. My lack of medical skills will not only mean I'm worthless when it comes to helping my mom, but also that she'll fade into oblivion knowing that her son was not a successful doctor. Really, all my phone does is ensure that I'll be on hand to disappoint my mom one last time.

If you can't leave your phone behind, put your phone somewhere at work and leave it there the entire day. Don't check it before you start your lunch. Don't touch it. Walk out with your work in hand and nothing else on your mind. 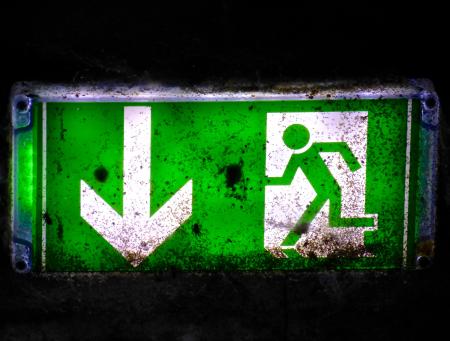 FRIDAY: The Art of the Irish Exit

...the Irish exit refers to the departure from any event without telling any friends, associates or acquaintances that one is leaving. It is almost always the result of being very inebriated/intoxicated.

Before we get into the nitty-gritty, is "Irish Exit" racist? According to a HuffPo article, probably. Although some people call it a French Exit, and then the French call it "leaving the English way." Frankly, I consider this the proper way to get the hell out of somewhere, so I hope any of my fellow Irish people won't be too offended and might instead offer a "Hip Hip Hooray!" to this column.

Oh, wait. I scrolled further in the HuffPo article. Turns out "Hip Hip Hooray" is an anti-Semitic phrase. Scratch the "hip hip hooray." I guess offer me a hearty...I don't even know what, but something not racist. Tell you what, new plan. Think of something to cheer me on, email HuffPo and make sure it's okay, and then go ahead and say it.

For now, we'll just call it a Pete Exit. And maybe you don't need to worry so much about the drunk part of it when we're talking about leaving your workplace. Although if your work allows you to be staggering around drunk, then I suggest you take advantage of it. The rest of us want to do it, and we're a little pissed that you aren't making use of your workplace benefits.

The key to this act, it's about getting the hell out of a place right when you can and not a moment later.

It's easy to spend the first little bit of your break slowly making your way out. One last email, one last little thing. Chat with a couple people. And then you sit down to write and you've got 8 minutes to make the magic happen.

Don't do it. Get the hell out. And feel free to call it a Pete Exit, drunk or not. I understand my personal legacy, and if it's about leaving somewhere early and drunkenly vomiting next to a dumpster in as dignified a manner as possible, then so be it. No matter what you say, I'm certain that I'll be riding with Immortan Joe and my War Boys in Valhalla.

Well said. I'm a chronic lunch writer and these are all successful hints. I like to keep what I'm working on open on my desktop an hour or two before lunch. This lets me flip over to it, read the last paragraph and mill it over so that when I do get to start laying down words I've already had that awkward fifteen minutes where I make the choice to start the next paragraph with 'The' or 'It'.

As a teacher, I'm jealous of all of you that have actual lunch breaks. ;)  That being said, these are great tips and I shall utilize them during the tiny human's nap time this summer.

Redd Tramp from Los Angeles, CA is reading Mongrels by SGJ; Sacred and Immoral: On the Writings of Chuck Palahniuk; The History of Sexuality by Michel Foucault June 5, 2015 - 4:33pm

I shall utilize them during the tiny human's nap time this summer.

Haha. I'm a TA, and it just cracked me up that you said that. Really hard to go from watching a shit load of screaming kids to putting words down in some meaningful way. But great advice Pete. I intend to try being productive during lunch when I go back to work.

Community Manager
helpfulsnowman from Colorado is reading But What If We're Wrong? by Chuck Klosterman June 17, 2015 - 6:23pm

Ah, teachers. Yeah, I guess this is less helpful when you don't actually get to take a lunch.

Teacher question: is that heads-up-7-up game played in a darkened classroom purely because a teacher is hung over? Because it kind of feels like that's what happened when I was in school, in retrospect.