Bringing the Lie to Life: What Your First Two Pages Can Tell You 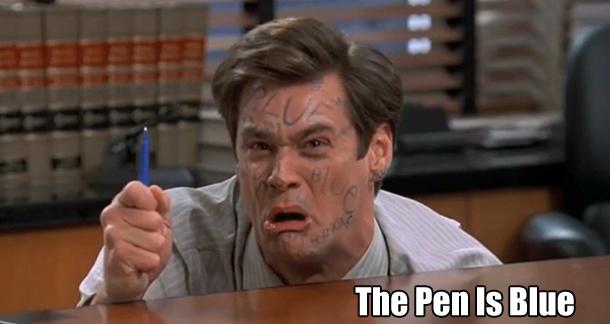 I was once running a workshop at the Boulder Writing Studio when a student handed me a list. It had been compiled by a man named Gordon Mennenga, of Coe College, and had been passed around after the University of Iowa Writing Festival in Iowa City, until it ended up in my hands, here in Colorado. Unlike most such lists we see passed around writers circles, it was not a list of must-read books, and it was not a list of common mistakes writers should avoid, and, as much as most of us may have wanted it to be, it was not a list of Glengary-like leads on agents and editors. It was a list of particular details found in the first two pages of published novels.

food
bodily fluid—sweat, tears, urine
reference to sex or to death
something sinful or painful
a color
a physical feature
a personality trait
mention of nature
anything with a brand name
furniture
body parts
smell/odor
city, state, or street
walk/gesture/overbite/musculature

Now, take a moment to study the first two pages of a few of your favorite books. How many particular details from the above list do you find in its first two pages? Likely, you find most. Particulars build context, and context is essential and all-powerful because it fills in the gaps for your reader without boring exposition. Vanessa Redgrave once said of acting—an art I argue shares much with writing—“If you don’t understand the social-economic realities of the character—their education, how they were raised financially, and what they did to get an education or not—you can’t understand the character.” In other words, if you don't understand the particular details of your characters, their actions, and their world... Well, it's not an option. And the most efficient way to convey this understanding to your reader is through your choice of particular details. You decide. Does the character arrive driving an El Camino, or a Saab?

As Francine Prose says in Reading Like A Writer:

Details are what persuade us that someone is telling the truth—a fact that every liar knows instinctively and too well. Bad liars pile on the facts and figures, the corroborating evidence, the improbable digressions ending in blind alleys, while good or (at least better) liars know that it’s the single priceless detail that jumps out of the story and tells us to take it easy, we can quit our dreary adult jobs of playing judge and jury and again become as trusting children, hearing the gospel of grown-up knowledge without a single care or doubt.

The kinds of well-chosen details Francine Prose refers to can enhance all aspects of the writing of fiction, from characterization, to dramatic action, to description of setting, in ways that fill out context rather than pile up like compost.

To see particularity at work in characterization, we’ll start with an altered excerpt from James Baldwin’s Giovanni’s Room, an excerpt from which I’ve stripped away a few particular details. A typical first draft might read this way:

I can see her, elegant and glittering, surrounded by light. Drinking and laughing. Watching the party.

Is it awful? Maybe not. But it lacks life. And why? Notice what’s missing from the first version when you compare it to the following:

I can see her, very elegant, tense, and glittering, surrounded by the light which fills the salon of the ocean liner, drinking rather too fast, and laughing, and watching the men.

In addition to making our characterization more painterly, particularity can enhance the dramatic effect of simple actions. At some point in our writing lives, most of us will have to acknowledge that our characters open doors, read mail, and sit in chairs, more often than they slay dragons. But it’s important to keep in mind that it is not only the dramatic-situation that charges that action with importance, it is also the particular way in which that action is delivered.

He handed her the envelope.

That was easy. It got the job done. But what about something more particular?

He rolled his desk-chair back, swung it round, and slugged his tongue against his teeth as he searched the drawers. He set aside two smaller envelopes before he found the one that raised the heat beneath his tight collar. The envelope was an eight and one half by eleven inch manila with the postage pre-paid, the address stamped, and no return address on either side.

He cleared his throat. “Well, here it is.”

Lastly, particularity can enhance our descriptions of setting, as seen in this wonderful example from Sol Stein’s Stein on Writing. First, we’ve got a generalized description of an apartment.

The apartment was bigger than they ever expected.

Next, we see how a combination of particular details, including dialogue and action, combine to give the reader a much truer impression of an apartment that is bigger than expected.

The renting agent said it was their last best chance of finding an apartment in the neighborhood that wasn’t as cramped as the place they had now. Elizabeth and Joe hurried up the stone steps to the parlor floor. The agent stepped aside to let them in. Their first impression was a vast emptiness in which the echo of the agent’s voice reverberated.

They followed the agent’s gaze to the ceiling, with its tiny plaster angels around the perimeter.
Joe said, “There’s room for astronauts. How do you change the light bulbs?

Elizabeth said, “With a ladder, dummy.”

The agent, glad to see the wonder on their faces, said, “Wait till you see the bedroom.”

“Is it in the same town?” Joe said, squeezing Elizabeth’s hand.

Before you shut down your computer for the day, return to that list at the beginning of this article. Study the first two pages of your manuscript and ask yourself if you tend to make particular choices regarding the listed ingredients. If your choices seem too generalized, if, for instance, your characters stop for "food" instead of "pastrami sandwiches", if they walk down "the street" together instead of taking "Larimer up to the Square", slow down. Include. Explore your characters, the significance of their actions, and the particularities of their settings. That last detail you choose may be the one that convinces your reader that you’re either a damn good liar or a damn good story-teller, as if there’s any difference.