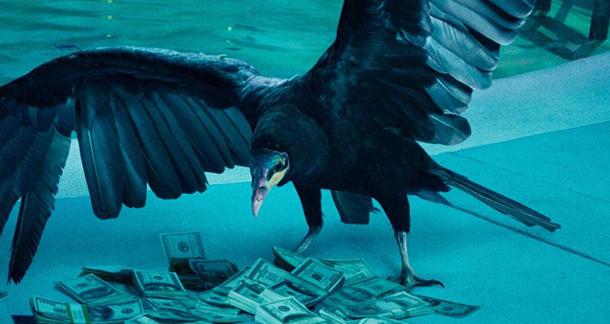 Ozark eschews the traditional "slow burn" that has defined (and sometimes plagued) television drama recently with a pilot episode designed to surprise you with gut punches—all to prepare you for the uppercuts yet to come.

As I've dabbled around the TV pilot landscape, I've heard a lot of writer-types telling me (and other aspiring spec writers) not to withhold the best stuff. Unleash it in the pilot. "Fire your guns." I hear this advice, but rarely see it put into practice—I suppose that's one luxury of being established, and having the budget and confidence of big networks or streaming platforms lined up behind you. Spec scripts and created, televised TV shows are two different beasts.

That said, I'm pleased to report that Ozark fires its guns. Some of them are downright cannons. The pilot has unbearable tension and a couple of shocking moments that caused me to rewind and watch them again.

I like how this pilot clearly defines the goals for the episode, the season, and the series.

Marty Byrde (played by Jason Bateman) is a financial expert who so embodies the risk analysis, conservatism, and frugality of his profession that it's woven into his DNA. He gives an eloquent reason to deny giving ten bucks to his daughter's charity and treats his wife like a business partner instead of a person to the point where she is having an affair.

Ozark sets clear problems for Marty to solve, and gives his character a streak of humanity that grounds the whole, messy works in a grim reality

All the while, Marty is working to launder money for the Mexican drug cartel, and mere minutes into the pilot, the cartel comes calling. Marty's partner has admitted to skimming money from the cartel.

Marty saves his own ass with the fast-talking, nimble intelligence and charm that defines his character. He convinces Del, the charismatic cartel rep, that if he's allowed to move to the Ozarks in Missouri, he can launder 500 million in 5 years (an impossible task by almost any measure). Del decides to let Marty try it, but only if he can locate the stolen millions within a day.

In the pilot, Marty has to liquidate his assets and use his wits to come up with all of the stolen money within the timeline of this singular episode. For the season, he has three months to launder the first batch of money, creating a finish line for the season one finale. Obviously, the series arc is the 5-year, 500-million dollar plan, and all of the complications that occur in between (including one of the most shocking and unexpected TV deaths I've ever experienced in the finale).

Ozark fires its guns early . . .  by firing its guns. Del is the smooth, ruthless cartel representative that works with Marty and Marty's business partner. He suspects they're skimming money, and within twenty minutes, he's putting bullets in heads without hesitation.

When Del threatens to murder Marty's entire family, you believe Del. His ruthlessness is apparent from the first frame. He's dangerous, and his presence throughout the season announces to the audience that anything can happen, anyone can die.

After the gunplay is over, Del's ruthlessness gets another boost with a bonus, surprise murder.

Wendy confides in her lover, Gary, the truth of the cartel situation. They talk about running away together. A viewer gets the impression these two do care for each other, and the writer/TV watcher in me figures this to be a complication that lasts a whole season. Gary feels as if he's going to be a foil and risk for Marty and Wendy as they try to work together and reconcile while washing money in the Ozarks.

That idea is literally thrown out of the window. As Marty walks to the high-rise to talk Wendy out of a stupid, deadly mistake, Gary crashes onto the pavement, thrown to his death by Del, a holy shit moment where I decided I would watch the entire season, no matter what.

A Moment of Humanity

When Gary dies, we stay with Marty. He returns to his car. He collects himself. Then, he pushes onward, reversing course, heading back to the building where Del awaits, a silent performance by Bateman and a nonverbal affirmation of care for his wife. This is just one of the many highlights Bateman creates with his portrayal of Marty throughout the season.

Bateman brings a streak of humor, empathy, and humanity to Marty Byrde. With his trademark Jason Bateman delivery under the darkest of pretenses, I wonder if anyone else could have pulled off what he accomplishes with this character.

Thanks to the complexity of the character, we don't have to drown in Ozark's darkness and immorality. Marty has a streak of humanity and decency that compels us to root for his victory and survival. In an idealistic sense, he's lost his family with his horrific decision making and mistakes already. Given this second chance under the worst circumstances, he's hell-bent on not losing them a second time, no matter what he has to sacrifice.

The pilot draws this line in the sand with a quiet but powerful scene near the end. Throughout the pilot, Marty has to endure seeing his friends get murdered, watching his wife get banged on a sex tape, witnessing her lover crash into the pavement from a high-rise building, coming to terms with the ease in which she would steal his money knowing he'd be killed by the cartel, liquidating everything in his life, uprooting his family, and nearly getting all of them killed. After barely replacing the stolen money, Marty drives a van. He quietly pulls over. He walks into the woods.

Then, he weeps. He has a total breakdown. After absorbing the horror of the pilot with an almost clinical efficiency, a character who ingests experiences as data and calculates accordingly howls in grief and pain and fear. The breakdown is astounding, vital, and heartbreaking. 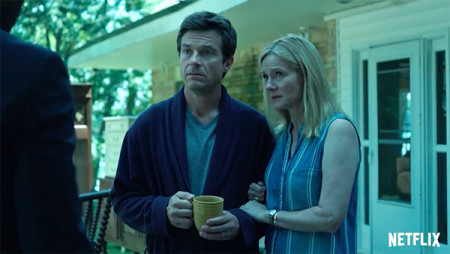 If this feels like a setup that can scratch your Breaking Bad itch, here's the litmus test—did you start to feel bad for Jesse and root against Walt near the end of the BB series run? If so, Ozark is going to torture and test your empathy.

After binging the entire first season, you might call this Breaking Worse, as Marty and most of the cast are broken, dangerous, damaged, and immoral right from the get-go. Anytime you catch a whiff of a redemptive or uplifting arc, brace yourself.

However, Marty is no Walter White. One gets the feeling that Marty will crunch the numbers and learn his lesson, but only when his family is safe. He'd do anything to protect them and earn the love he lost.

I can think of no better way to set up heartbreak and darkness, and that may very well be what Ozark has in store for us in future seasons. If the pilot episode is any indication—all bets are off.

Ozark sets clear problems for Marty to solve, and gives his character a streak of humanity that grounds the whole, messy works in a grim reality. The aggressive pace feeds the natural tension of the setup, which gives viewers that "I must binge this" compulsion that makes it perfect Netflix fare.

I think Ozark is a benchmark for pilot episodes, and one of the finest seasons of television I've experienced in the past five years.

Did you enjoy Ozark? What did you think of the pilot episode? Sound off below! 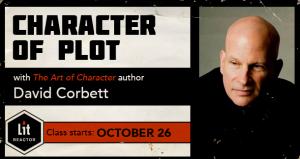 The Character of Plot with David Corbett