"Brazen" Celebrates Women Throughout History, and So Should We

In March, we celebrate women. Or at least, we’re meant to. Because not only is the whole month America’s National Women’s History Month, but March 8 has long been International Women’s Day, a day set aside each year to reflect upon the achievements of women.

In honor of the special day this year, MacMillan’s First Second imprint is republishing as a full graphic novel, Penelope Bagieu’s 30 vignettes of women throughout history.

The book, Brazen: Rebel Ladies Who Rocked The World, was originally serially published by the French newspaper Le Monde on a weekly basis.

“I was on a very tight schedule during that whole year,” Bagieu said. “I had an amazing time doing all that research, I learned so much, and it was so inspiring!”

Reflecting that her year of intense research felt “like [she] was a student again,” Bagieu described her process, in which she spent two days researching, two days writing, then the remainder of the time drawing and coloring before sending the weekly portrait off to the newspaper.

Throughout all of time, women have been shaking things up, rocking the world, and generally being badass.

Bagieu’s mother was a collector of children’s pop-up books, the very old and therefore fragile kind that Bagieu wasn’t allowed to touch as a child. It’s almost as if the pain of wanting to read these books, and not being allowed to, made them so much more desirable to the young girl. She began drawing once her parents discovered that sitting her down with art supplies was an excellent way to keep her quiet and busy.

Bagieu studied art in Paris, at the National School of Decorative Arts, as well as in London at Central Saint Martins College of Art & Design.

It was 10 years ago that Bagieu began working on her own comics, including her webcomic in blog format, My Quite Fascinating Life. She was inspired to write Brazen because of “two or three” women she had always admired, but noticed were little recognized for their achievements.

“As I was figuring out which one of them I should pick as the subject of a book, I realized there were actually a bit more than two or three of them, but maybe five,” Bagieu said. "Or 10. Or even more.”

She settled on 30 women for whom she would craft short stories, which would prick readers’ interest just enough for them to possibly do outside research of their own, although she said, “fifty more of them could have made it to the final book.”

The women chosen represent a milieu of races, nationalities, and professions, each of whom changed the world in her own special way. From Christine Jorgensen, the first American to become widely known as a trans woman, to Katia Krafft, a volcanologist, the women don’t all fall into the category of traditional “activist.” Many of them were simply women who fought to do what they wanted in a world that often fought against them. 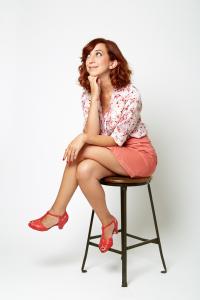 For example, Frances Glessner Lee revolutionized the field of forensic medicine, yet until I read Brazen, I was utterly unfamiliar with her work. It’s quite possible, as I gleaned from the portrait Bagieu expertly wrote and illustrated, that Glessner Lee is the reason many murdered women are not simply written off as “killed by suicide.” She forced people to take a closer look at their methods (and probably their biases as well) and made it far more likely that violent criminals see justice.

Brazen is a fascinating look at how women, all over the world and in entirely different time periods, have been fighting against structural inequality that is designed to keep them down. It doesn’t matter if they were young or old or rich or poor, from Africa or Asia or North America, these are women who looked at the world and decided they wanted — nay, they deserved — more from it.

It’s inspiring to read the stories of women like Sonita Alizadeh, a girl three years my junior who nonetheless went against an entire country’s culture and is fighting against child marriage the world around. Reading Brazen made me feel like, “if she can do that, I can do anything.”

I’ve always said I wrote because I wanted to change the world, but there are moments of doubt. If there’s one thing I wish all women could remember during this Women’s History Month and beyond, it’s that, throughout all of time, women have been shaking things up, rocking the world, and generally being badass.