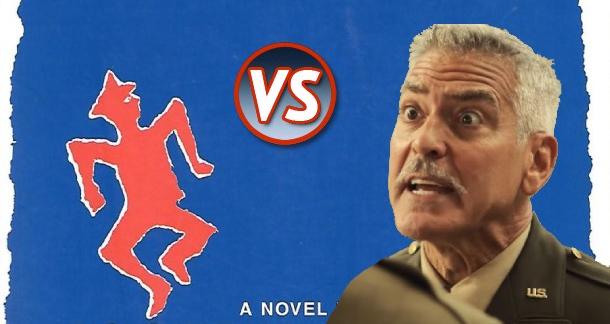 Catch-22 is one of the best novelettes buried in a novel ever written. It’s beloved by all and hated by most. Its pages are soaked in a hilarious dose of depression. Nothing makes sense in or out of the book. War is hell and war is paradise; everybody should give it a shot and nobody should be subjected to such torture. Is this bombardment of contrasting sentences annoying you? Excellent! You’ve come to the right place then.

Life experience made Joseph Heller the perfect (and perhaps only) candidate who could have written Catch-22 (except for Louis Falstein, author of Face of a Hero, a book many believe Heller ripped off). In WWII, he flew 60 combat missions as a B-25 bombardier (although a majority of these missions were milk runs, apparently). He also did time as a copywriter for a sales agency. Heller’s writing process is simple and infuriating: he comes up with the first sentence, then spends an extraordinary long time building an outline for everything that follows. From an interview in The Paris Review:

I was lying in bed in my four-room apartment on the West Side when suddenly this line came to me: ‘It was love at first sight. The first time he saw the chaplain, Someone fell madly in love with him.’

He didn’t know Yossarian’s name yet, and he wasn’t sure what kind of chaplain he was even referring to. It could have been a prison chaplain. From that opening line, Heller knocked out the first chapter and sold it to a magazine as a short story titled “Catch-18”. Then, not until a year later, after planning out the rest of the book, did he dare to begin chapter two. Heller also claims he cannot start writing anything until he has not only the opening line, but also the final one. Another quote from the same interview:

I had a closing line for Something Happened before I began writing the book. It was ‘I am a cow.’ For six years I thought that was good. I had it on one of my three-by-five notecards. Then I wasn’t all that happy with it, and finally I discarded it. But it seemed good at the time…

If anything is learned from this article, let it be that writing is weird and writers are boring.

Like life itself, the problem with Catch-22 is that it lasts far too long. The writing is also frustrating, as the content is often fascinating but the delivery quickly annoys the reader. This is Heller’s first novel, and it shows. He’s stated in interviews that he doubted his ability to stretch the story into anything more than a novelette. Years were spent working on an expansion. He missed his deadline by four or five years. All of this is obvious while reading the novel. The amount of padding absorbed here is downright embarrassing. Diehard fans will argue that for the book to work, Heller needed to really drive home the concept of repetition. My response to this argument is as follows: shut up, you are wrong and do not know what you’re talking about.

Funny enough, this issue can also be found in Hulu’s recent miniseries adaptation. Many TV shows and miniseries make the same mistake. This is a three-episode program stretched to six episodes. What happened to a good old-fashioned movie? Why did Catch-22 need to be a series? The craving to binge has corrupted society. Streaming websites have bamboozled us all into believing quantity outweighs quality. That said, the miniseries isn’t terrible and I’d recommend it; just be prepared to frequently glance at the time. I might even like the miniseries more than I like the book. The cast is very strong, plus the cinematography is quite striking. And, thanks to the removal of Heller’s smug narration, the dark humor works a lot stronger on the screen than it does the page.

The problem with most satire is, when handled incorrectly, it makes even the kindest soul desire to give the author a swirlie. In Catch-22, Heller writes like a man who believes he is smarter than the reader. Because of this, the prose often feels condescending and dull. Instead of immersing himself into the world, he’s taken several steps back. Check out this quote, again from that insightful Paris Review interview:

It’s true that I myself could have been much funnier, much more intelligent, much cleverer with words than Slocum [the narrator in Something Happened] is. But I must limit him, because if he had all my attributes he wouldn’t be working for that company; he’d be writing Catch-22.

This is why Something Happened works and Catch-22 doesn’t. In the former, we’re alongside an actual character, someone Heller has invented and brought to life. Whereas, with Catch-22, we’re never given anybody to give a shit about; it’s all just Heller attempting to perform stand-up comedy in front of a mirror.

Besides, Something Happened is obviously the superior Heller work. As if it was even a goddamn contest.

Book vs. Films: "The Haunting Of Hill House"

This book was the bane of my high school existence. I wrote what was then the longest paper of my life explaining exactly how much it sucked. Glad I'm not the only one!

Joshua Chaplinsky from New York is reading a lot more during the quarantine June 13, 2019 - 9:00am

Yeah, I started reading it because I want to watch the miniseries and I'm a sucker for untraditional narratives, but it's been slow going.

This is the great novel, I like it so much. Moreover, I picked it as an object of my little college research on the war process representing in the culture. I have found this idea from this site https://samplius.com/free-essay-examples/war/ when I was reading different stories. There are many free essay examples about war, so I wanna try to research it with a specific method using the series and book and then compare results.

I think books are really useful, they can develop your speech and writing skills. My writing skills were always not perfect, and every writing assignment was a challenge for me. Usually I order my papers, and to find a reliable service, it is better to read reviews on Pick The Writer, it's a good site, where you will see the real ratings of writing companies, and choose the one, that best meets your needs.

Thank you for sharing your experience, guys!