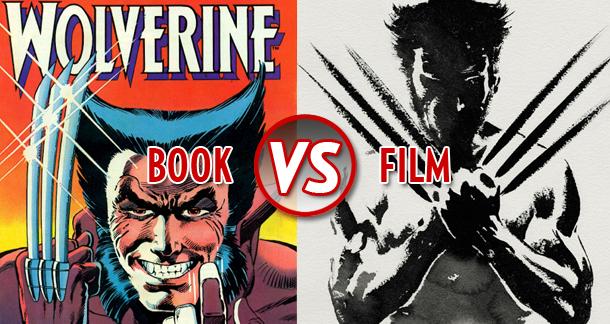 When two things you love come together—like, say, comic books and movies— it’s hard not to get excited. You love both of those things! How could combining them be anything but awesome? That was and sometimes still is my initial reaction whenever rumors surface of the next superhero to get a shot at the big screen. Even though I know better, I just can’t help myself. If you’ve been a dedicated fan for more than a decade, these increasingly common Hollywood flare-ups have been the source of a great deal of disappointment and frustration. When I was a much younger, much angrier nerd, it seemed like adaptation was the one destructive force even our mightiest heroes were powerless against. It was the villain that made Superman a boring deadbeat dad, put plastic nipples on Batman, and gave Spider-Man an emo haircut and jazz hands. But as I’ve grown older and (hopefully) wiser, I’ve learned to adjust my criteria for an acceptable adaptation. Let me tell you, it feels good to let go of all that anger, and my friends tell me I’m almost tolerable to be around now.

While I don’t think The Wolverine is going to win any shiny bald men, it was certainly the best movie about him by far.

Of course anytime new information bubbles up about whatever franchises are percolating there will be legions of very articulate, very upset people that fill the tweet boards and facespaces with explanations of why this thing, this one final violation, will be the one that utterly destroys everything they have ever held sacred. Just look at how upset people are over Batfleck, and they haven’t even made that movie yet. The last movie he made won a pile of gold statues, and the nerdcore is still certain he can’t bring anything but ruin to the legacy of the Dark Knight. I understand this reaction, because I used to be one of them. When you love something that hard for that long, any deviation from the source makes it seem like the filmmakers just aren’t taking it as seriously as you. That feels like a betrayal, because this movie is what will represent the series or character you love to those who would otherwise never encounter it. If it sucks, people will think this thing you obsess over and talk about way too much is lame, and then they will unfriend you and stop texting back. But just because the film version of your favorite comic isn’t strictly faithful to every last frame, that doesn’t make it a bad adaptation. I’ve been through enough reboots to learn one thing: a more exacting and literal interpretation of the source material doesn’t always make for the best movie. There, I said it. Call me a heretic and commence burning me in effigy.

The Alchemy of Adaptation

Comic books and film are two different mediums, and despite having enough in common to get along really well, they are not the same. Adapting sometimes means changing. It’s hard to pare 70 years of history down into two exciting hours, but this is something The Wolverine does exceptionally well. By being beholden to no particular story and borrowing the best bits from all, it stitches together many of the most memorable scenes from the comics to create “Wolverine’s Big Tokyo Adventure.”

But it’s not enough to just crib together a kick-ass highlight reel, sprinkle on some CG and call it a day. Since all those parts came from different stories, there needs to be a strong narrative thread woven throughout the patchwork quilt or it’s going to fall apart. It doesn’t matter how awesome the fight on top of the bullet train is (pretty awesome) if it doesn’t happen in the middle of a compelling story. Even here, The Wolverine excels, building a new plot from pieces of the old ones. I recognized elements from his first solo comics, the “Enemy of the State” arc, and a number of references to notable one-shots. It takes all these things and manages to put them together in a way that will make sense and be enjoyable to the new and the initiated alike.

While The Wolverine certainly succeeds as an exciting summer action movie, it also manages to give us the most accurate portrayal of the character yet. We get to see James Howlett with his terribly fake-looking bone claws survive Nagasaki. We get to see Wild Man Logan living in the woods and seeking justice for a murdered bear. We get to see the Wolverine stabbing his way through waves of yakuza thugs and ninjas, because how else is a guy with metal claws gonna kill time in Tokyo? We see both the vengeful beast lashing out in pain and the noble warrior fighting for the innocent. We finally get a Wolverine with layers, not just shades of fury.

On the subject of layers, it also helps that our favorite mutant killing machine has been given some other well-developed and interesting characters to interact with, instead of a bunch of flat caricatures whose only personality trait is their superpower. In fact, I only counted three super-powered people before the credits rolled. Despite being about an immortal guy with knives coming out of his hands, this is really a story about a father and daughter turned against each other by a grandfather’s selfish betrayal, with an empire hanging in the balance. Wolverine has stumbled across a family drama of King Lear proportions, so it should be no surprise that while the powerful men pontificate on honor and loyalty, it is only Logan, the one they call a monster, and Yukio and Mariko, the “weak and useless” women, who prove to have any of either. The two damsels, while often in distress, are never helpless—the former is Wolverine’s self-appointed bodyguard, and while the latter is kidnapped with alarming frequency, she never goes without a fight. And Lady Viper, whose motivations remain unknowable, is pure vampy fun as the villainess you love to hate.

In the end, The Wolverine is what all superhero adaptations should hope to be: reverent and respectful while still giving us a fun, new adventure with a beloved character. It uses as much canon as it can and rearranges it, creating a story that is at once new and familiar. That much it has in common with The Dark Knight . This approach to adaptation isn’t easily boiled down to a three act treatment, otherwise I assume it would be more common.  And while I don’t think The Wolverine is going to win any shiny bald men, it was certainly the best movie about him by far. Let’s hope it isn’t followed by The Wolverine Rising.