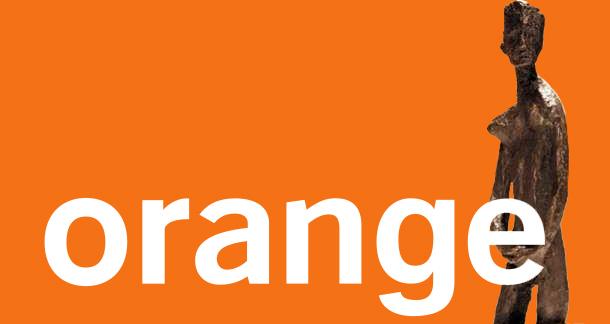 March 8th saw the announcement of the Orange Prize 2012 long list, which featured 20 novels from a diverse set of authors. Four tricky second novels, five debuts, several entries from well established writers. An international bunch too: eight Brits, seven Yanks, three Irish (for a small country Ireland punches above its weight litry-wise), a Canadian and a Swede. Lots of books set in the past, not so much of the ‘coming of age’ stuff that usually litters the literary prize lists, and even one that falls into the vampire-ridden category of YA.

The Chair of the judging panel was happy with the outcome of their deliberations: "I am very proud of this year's Orange long list. It not only demonstrates the judges' eye for quality, but is also evidence of the breadth of subject matter, and individuality of voice.”

Well, she would say that, wouldn’t she? Usually judges of competitions are solidly behind their particular award. Olympic judges believe winning a medal is something to be proud of. The AMPAS members think the Oscars are a wonderful way to highlight the best of what the movie business has offered each year. You’d be a little surprised to hear an individual from either group make the comment, ‘I’m looking forward to the day this award is unnecessary.’

But that’s exactly what Bettany Hughes, a 2011 Orange Prize judge, said last year. She would rather like this particular prize to disappear from the face of the earth. She doesn’t think that its existence is a good thing.

Let’s put her remarks in context. The Orange Prize, launched in 1996, is awarded each year to the book which, in the opinion of the judges, is the best written that year. The entry rules are simple: the book must be written in English. It must have been published in the UK during the 12 months since the prize was last awarded. That’s it. No – sorry – one more thing. It has to have been written by a woman.

The Orange prize was established by four women – author Kate Mosse, agent Jane Gregory, publisher Susan Sandon and project director Harriet Hastings – as a clear response to what was seen as an imbalance in the way literary prizes (I’m guessing especially the Man Booker) were handed out. The men got them, in other words. It was time, agreed these women, that this imbalance was corrected. What better way to do that than to create a prize specifically for women?

Well, one better way would have been to shame the Man Booker judges into addressing the problem directly. That’s the argument advanced by the Orange Prize’s detractors. The Orange prize is a sidestep, not a solution, and one which only relieves the literary world of tackling sexism directly. In fact, it addresses sexism with more sexism, say the critics. There’s no equivalent prize for men’s fiction, and there would be an outcry if anyone tried to set one up. All the prize does is ‘ghettoize’ women’s writing – shove it into a category of its own, rather than expecting it to compete with men’s work on an equal footing.

Not so, counter the prize’s supporters. Prizes are not just about glory, they’re about publicity. Whoever wins the Booker, or the Pulitzer, can expect to see sales of their book skyrocket, and while snagging an honor is no guarantee of future success (a quick scan of previous winners reveals plenty of names I’ve never heard of since), it certainly doesn’t hurt your chances of staying on top. This argument is bolstered by recent figures which show male writers and reviewers get far more than the 50% of the literary pie than they should, demographically speaking. The Orange Prize breaks the stranglehold of the Old Boys Network, by creating a Girls Network of our own and communicating with the buying public directly. And one more thing, the cheerleaders claim, the £30,000 prize money is especially valuable to a woman writer, who generally has far more demands on her time than a man.

Which says something about how the writer of that article views the average modern marriage – wife juggling kids, career and housework, squeezing in a bit of writing here and there, while her husband occupies the sofa, pausing in his indolence only to wonder loudly where his dinner is. Gaby Wood also appears to have forgotten that two writers up for the prize this year are gay and in relationships with other women.

But putting aside that issue and the queasy sense that women are somehow less capable of organizing their lives than men, perhaps the best way to assess the Orange Prize is to look at that long list – the one Joanna Trollope is ‘very proud’ of – and see if it does what it says on the tin. Does it really promote ‘originality, accessibility and excellence’? Does it give those struggling, ignored female authors that extra bit of help they need?

Short answer – no. To do that, the prize would have to focus on the neglected, the overlooked, the women who really deserve to get on the lists, but are shouldered aside in favor of male writers. This year the Orange list contains no less than five authors who have been listed for the Booker – or Booker International in the case of Cynthia Ozick, who also copped a Pulitzer nod for earlier work as well. Anne Enright actually won the Booker in 2007 and Ali Smith has been shortlisted for it twice. Of the other ten authors who are non-debut, at least six have already won prizes – in competition with men as well as women – leaving only four who you could fairly say have yet to make their mark. And of the first timers, Morgenstern’s The Night Circus was the subject of a vicious and well publicized bidding war and The Submission has garnered reviews in The Guardian, Washington Post and New York Times. That leaves three: Madeleine Miller, Stella Tillyard and Karin Altenberg.

So of that list of twenty, only seven fall into the category of being worthy contenders who deserve more recognition. And these women might not even end up on the short list. I have a feeling a number of them will, once again, quietly disappear from our collective consciousness before the game is over.

Which makes a nonsense of the claim that the Orange Prize is about promoting undiscovered talent or unearthing the hidden female treasures that the male dominated literary world has overlooked. These writers are well known, most of them. Their books sell very well. They have established careers and readerships. I’ll bet the woman who wins the 2012 Orange will be ecstatic. But wouldn’t she be even happier if she came top not only against a field of women, but against a field of women and men?

I did not know this award even existed, and I find it insulting. I agree with your points. Instead of forcing the industry to change its sexist ways, this award just makes matters worse. It reminds me of when I was in school, and they'd give all the kids that didn't place in any track and field events a purple "Participation" ribbon so they didn't feel left out. No kid I ever knew wanted a purple ribbon. While I wouldn't sniff at an award for my writing, this one seems kind of like getting a purple ribbon. Meaningless.

I have always abhorred any prize that is only for women. It almost implies we can only compete with our own sex and does nothing to balance out the bias towards male writers. Also, are there any male only awards? I've never heard of any and would also consider that quite offensive, so it seems a bit hypocritical to complain of sexism and then reinforce it in this way.