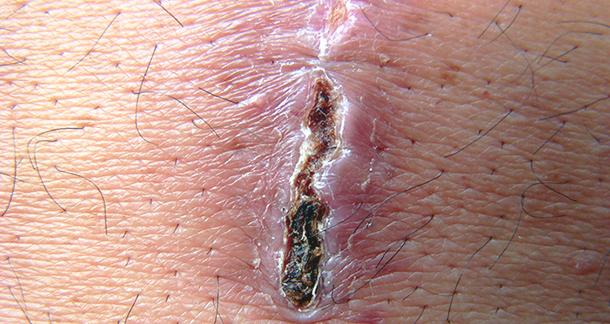 You know what? Body horror is infinitely richer and far more complicated than most people imagine. Body horror, a subgenre of horror that is also called biological horror or organic horror, refers to stories (yes, I also mean comics, film, and television narratives) in which the horror comes from or is based on the human body. Yeah, that's a hell of a loose description. Mutilation, mutation, parasites, degeneration, and all other types of physical pain/torture/transformation/etc fall under this subgenre. However, to say all of these narratives are strictly "horror" narratives is a tad misleading. There are fantasy, bizarro, and science fiction stories that occupy the space known as body horror. There is also splatterpunk, which at times seems like the same creature with a different name.

In any case, as a fan of horror and particularly the body kind, I spent a lot of time coming up with this list. The authors included come from a variety of genres, and especially from the place where genres meet, get blurry, and collapse into each other. The original list was packed with names you should all be familiar with: Monica J. O'Rourke, Carlton Mellick III, Chuck Palahniuk, Stephen King, Franz Kafka, Brian Keene, J.F. Gonzalez, Kathe Koja, Tiffany Scandal, Jack Ketchum, D. Harlan Wilson, Nate Southard, John W. Campbell, John Skipp, Stephanie M. Wytovich, John Langan, Adam Cesare...you get the point. Oh, and go look at previous lists before you start saying it's a list of mostly straight white dudes (this means you should know my work before deciding to pick a fight and look like an ass, new readers). However, it's impossible to just drop a list of 200 names here. Instead, I sat down and tried to come up with a list of the absolute best purveyors of body horror. Ready? Read it through your fingers. 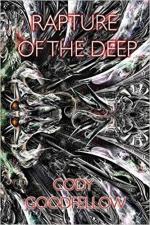 In the hands of Goodfellow, the human body is but a vessel created to deliver the most entertaining, cringe-worthy stories. The man has a knack for destruction, pain, and gory Lovecraftian fiction. From regenerated samurais to scary military experiments to shark gods, there is something new and amazing happening in Goodfellow's stories, and the human body is often at the center of it. 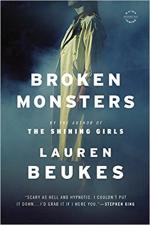 The impossible fused bodies of Broken Monsters made me sit up and take notice. Then came the rest. Beukes loves to use body horror in science fiction and thrillers alike, and she tries to bring something new to the table every time. 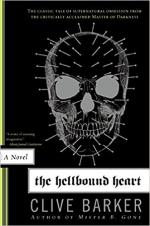 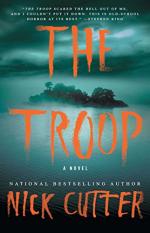 A pen name for Canadian author Craig Davidson, who is a superb author regardless of what name he is using, Nick Cutter exploded onto the horror scene a couple of years ago with The Troop. People are still talking about it and discovering all its parasitic goodness. What is even better is that it sort of revived body horror in mainstream places. You can buy this book almost everywhere, and that is a good thing for the subgenre. 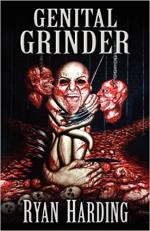 Harding embodies the place where the heaviest, bloodiest side of hardcore horror and body horror meet. Sure, he's been praised by Brian Keene, worked closely with Edward Lee, and given a master class is murder in Reincarnage (co-authored with Jason Taverner), but the reason he is on this list is Genital Grinder. An absolutely brutal read, Genital Grinder came out over half a decade ago, and I'm still telling people about it and mentioning it every time body horror comes up. Others do the same. That, my friends, is the definition of a cult classic. 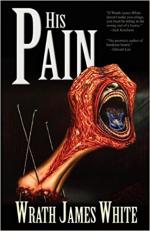 There is something special about Wrath's work, and it has to do with the way he brings together eroticism, fear, agony, religion, and even crime, and mixes all of them with pull-no-punches body horror. There are transformations and mutilations and eviscerations in Wrath's work, and none of them ever feel unnecessary. 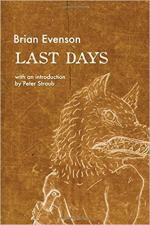 Evenson's fiction is sprinkled with body horror and sneaks in under every genre. It appears in his novels and his short fiction. Whenever it happens, it is amazing. However, there is one book that earns him a spot on this list: Last Days. As far as I'm concerned, this novel is where mutilation fiction comes to be judged. I consider Evenson one of the best living writers, and this novel is the kind of book that changes the way new readers approach an entire genre. 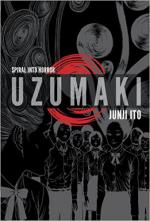 That Ito made his way onto a list dominated by writers who mainly write novels should tell you all you need to know. Uzumaki, Gyo, and Tomie are, as far as I'm concerned, the Holy Trinity of body horror graphic novels. They are deep, weird, entertaining, bizarre, and unique. Ito is a giant in the visual world, but his stories are right there with the art. Skipping him, even if you're not a fan of graphic novels, means your body horror education is incomplete. 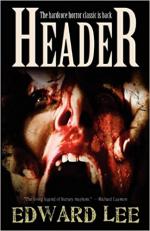 The Bighead. Header. Carnal Surgery. Terra Insanus. Mangled Meat. Bullet Through Your Face. I could go on and on, but I won't. At times, I think extreme body horror in the future will mostly be discussed as happening before and after Lee. While we wait to see if that happens, there is no other horror author who commits to body horror at this level while still telling a story and actually bringing writing chops to the table. New to Lee's work? Go read The Stick Woman, a short story that makes most other body horror short stories seem like they belong in a book for children. 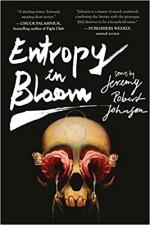 Johnson has been one of the biggest things in indie horror/bizarro/everything for a while. He got there by always delivering superb fiction, and a lot of it deals with the body. He is one of the best when it comes to parasites...and also when it comes to people slicing themselves open, things going wrong very quickly, extreme violence, and pure weirdness. More importantly, you can tell he enjoys writing body horror whenever you read him, and that glee is contagious, kinda like an awful parasite.

October is the perfect month to read these authors, so get to it. While you're at it, let me know who are some of your favorites in the comments. Oh, and I really wanted to do another list like this one, but of movies, so drop some recommendations in there as well. Happy gory reading, folks.