Black Friday: Buy Nothing and Opt Outside! 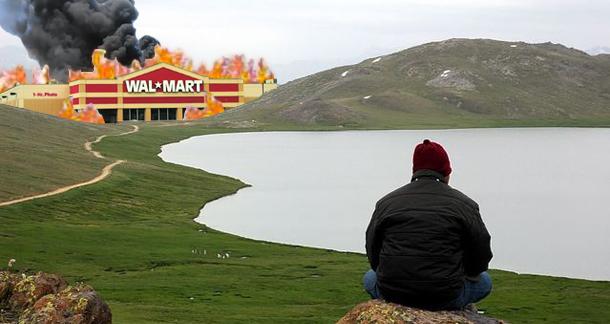 A long time ago in a galaxy far, far away, Black Friday was a single shopping day that had some good deals. It was a way to kickstart the holiday shopping season, for both vendors and shoppers. Shops put their Christmas finery on display and lit their trees and suddenly the month transitioned from fall harvest to winter wonderland. It was a busy day at the mall, sure, but maybe you were able to get those winter boots for your kid at a great price.

Then it turned into something else. About ten years ago, people started trampling one another in order to get at those deals. We're talking about stepping on human bodies in order to get at a cheap TV. And there have been stabbings and more recently, shootings. All of this coincides with the shift in opening hours at major big box retailers and department stores. They have led a creep of opening hours on Black Friday from 6:00 a.m. to Midnight to 5:00 p.m. on Thanksgiving day, effectively robbing their employees of the holiday. The website Black Friday Death Count keeps a tally of deaths and injuries on Black Friday, starting in 2006. Go there to lose your faith in humanity. Or, try something different.

This anti-corporate movement was the brainchild of Ted Dave and gained traction after it was championed by the Canadian magazine and organization Adbusters. These are the same folks who brought us Occupy Wall Street, a little sit-in you may remember. What I love about Buy Nothing Day is it comes from an activist perspective, so there's a history of disruption and performance associated with it. The organization encourages everything from credit card cut ups to zombie walks to Walmart conga lines. As they say, "don’t get sucked into the corpo-consumerist doomsday machine!"

If performance at your local mall isn't quite your style, there are other approaches. A few of my favorites include: 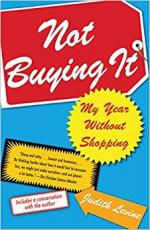 'Not Buying It: My Year Without Shopping' by Judith Levine

Judith Levine took Buy Nothing Day and extended it an additional 364 days. Her book explores the consumerist culture in which we live. She takes a break from buying non-necessities and examines how it feels to shift one's focus from consumption to living. Her book published in 2007, and since then there have been so many projects and books about reducing purchasing, living and eating locally, and eliminating the debt caused by over-consumption.

Find Not Buying It: My Year Without Shopping at your local public library. 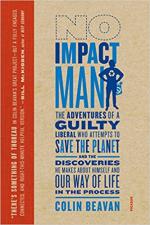 'No Impact Man: The Adventures of a Guilty Liberal Who Attempts to Save the Planet, and the Discoveries He Makes About Himself and Our Way of Life in the Process' by Colin Beavan

Beavan's project followed on the heels of Levine's, but is a more extreme experiment. He and his family not only withdraw from the consumer market, but they attempt to live (and thrive) without negatively impacting the environment. Tall order for anyone living in New York city. The book is great, but I liked the documentary even better, as it does a great job of showing how the Beavans create fuller, richer lives while living with less.

Find No Impact Man at your local public library. 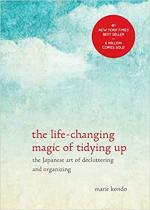 'The Life-Changing Magic of Tidying Up' by Marie Kondo

If you have never gone through every single item you own, then you have no idea how much of your stuff is cluttering up your life. There is a reason why people crave clean, open spaces, and it's because they allow us to think and create and feel calm. Kondo's method requires the participant to go through each room of the house and manually touch and consider every single thing. What brings you joy stays, and what doesn't, goes with a thank you and goodbye. I have applied this method to my own possessions, and I can personally attest to its effectiveness. Only once I did it could I actually assess what I needed. Typically, the answer is nothing: we have enough.

Find The Life-Changing Magic of Tidying Up at your local public library. 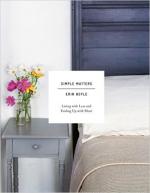 'Simple Matters: Living with Less and Ending Up with More' by Erin Boyle

Once you have committed to eschewing consumerism and have gotten rid of your crap, it's time to start building a home and lifestyle that is healthy, sustainable, and enables your creative self. Erin Boyle's book is full of great ideas for accomplishing these goals. She and her family live intentionally, eat locally, and take the long view on purchases. A great antidote for the disposable consumerism Black Friday espouses.

In 2015, sporty outdoor retailer REI decided to close all of it's stores on Black Friday and paid its employees to take the day off and spend it in the Great Outdoors. WOT??? And then they broke the Internet! Four years later, the #OptOutside campaign is going strong. Hundreds of companies have joined the bandwagon in a concerted effort to get folks away from the frenzy and into nature. REI developed a great tool to locate parks and trails near you. Even the most novice hiker can find somewhere beautiful to spend the day. Many state parks are now free on Black Friday and services like Lyft have given free rides to the parks. It doesn't matter how warm or cold it is where you live, you too can #optoutside on Black Friday. Need some inspiration? Check out some of the 10 million hashtags on Instagram and start planning what you're going to do with your Black Friday now.

Got a Black Friday story to share? Let's hear it in the comments!