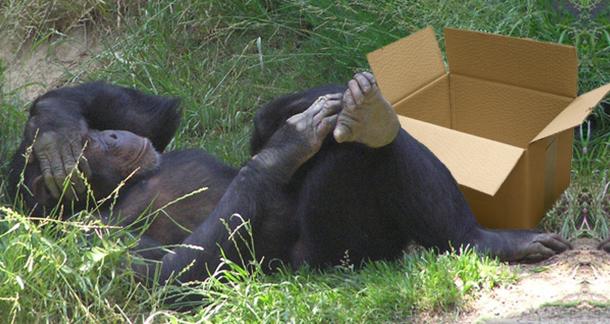 In writing, as well as life, it can be easy to settle into a groove once you’ve found something that works. You might even get a little comfortable. That isn’t necessarily a bad thing. It’s a lot less arduous to do good work when you’re not learning something new or worrying about a dozen other things. But once you set up camp in your comfort zone, it becomes much more tempting to stay there, careful not to wander too far. It can be very easy to put yourself in a nice safe box—publishers, agents and even your readers will encourage you to stay as classifiable as possible for their own comfort. While there are plenty of benefits to being a known quantity, it is only in striving for new achievements that we can grow, change and improve. Here’s a few examples of how leaving your comfort zone will ultimately make you a better writer.

While there are plenty of benefits to being a known quantity, it is only in striving for new achievements that we can grow, change and improve.

I discovered I wanted to be a writer when I was ten. My father brought home the original Star Wars trilogy on VHS, and after I wore those tapes out, I scoured our local library for every single Star Wars book I could find. Among the stack of volumes checked out was a copy of the original shooting script. Upon reading that, it suddenly became clear to me that the amazing world full of fun characters and epic adventures on my TV screen had been created by writing words down on a piece of paper. That realization was like finding out that magic was real, and that all I needed to be a wizard was a pen and the will to use it.

Most of my early stories were transparent copies of my favorite movies and TV shows, an attempt to reverse engineer the final production back into words. While they certainly weren’t original or even good, this process taught me a lot about the parts of a story: the beginning, middle, end—and how to piece them together.

In high school I filled tons of composition books with short stories and abortive early attempts at novels. Prose was my favorite and my strength, and I thought reading anything else was a waste of time. I was particularly disdainful of poetry, which seemed like so much free-form nonsense to my fifteen year-old self. But when I stumbled across “The Red Wheelbarrow” by William Carlos Williams in my textbook, that delusion was shattered. I was utterly floored by how much he was able to convey and imply with so few words. Although I still have yet to pen a poem worth showing another human being (and if any of mine ever see the light of day they will be totally disavowed), I learned a great deal simply from my attempts. Poetry taught me the value of brevity and the importance of finding exactly the right word, two things that will serve any writer well.

When I wasn’t starting another stump of a novel destined for abandonment, I tried my hand at plays. A few of them even made it all the way to the stage, and seeing my own words being said by performers was practically euphoric. I found plays quicker and easier to complete, as I could dispense with the long passages of description required to fill out a book. Since most of the story is communicated through spoken words, it served as a crash course in crafting dialogue. Playwriting trained me to create speech that sounded natural but slightly more entertaining. Going too far in either direction can ruin the illusion of organic conversation, or worse, bore the audience.

It’s easy to assume that writing a play for theater and a film script are basically the same—I certainly did until I tried screenwriting for myself. While there are similarities, like the central role of dialogue, they are not built the same way, and there are different lessons to take away from each. Attempting a screenplay really lays bare the construction of each scene, reducing it to parts that can be fit together like a puzzle. The limited timeframe forces you to consider the economy of information. Since you can’t spend pages of prose setting the stage and exploring the inner monologue of each character, you must find the most efficient way to get the ideas from your head onto the screen. No words can be wasted. Every page must either serve a purpose, or be cut. Popular wisdom says that in writing, you must kill your darlings. Trying to fit a complete story into two hours or less will make you quite ruthless.

Overall, I still prefer to write short stories and novels, where my imagination is free to run wild without limit. Also the occasional essay or blog post about things that interest me in the real world. I’m certainly never going to publish any poetry, and maybe none of my scripts will ever get produced, but that doesn’t mean the time and effort spent writing them was wasted. As long as you can learn something new to take back to your nice comfy box, it is time well spent.

5 Screenwriters Who Wrote Their Own Novelizations