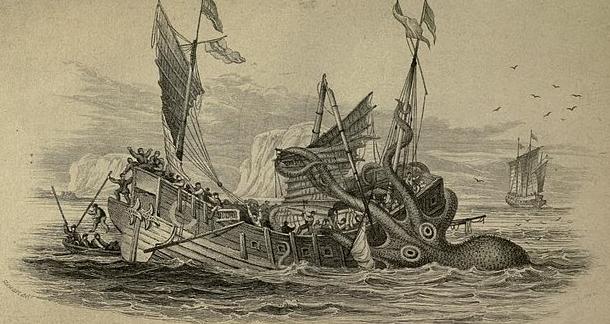 Summer evokes thoughts of warm sands and blue waters, but the ocean has a stranger, darker side. H.P. Lovecraft’s fascination with the depths is clear in “Night Ocean,” his collaboration with R.H. Barlow: “There are men, and wise men, who do not like the sea and its lapping surf on yellow shores; and they think us strange who love the mystery of the ancient and unending deep. Yet for me there is a haunting and inscrutable glamour in all the ocean’s moods. It is in the melancholy silver foam beneath the moon’s waxen corpse; it hovers over the silent and eternal waves that beat on naked shores; it is there when all is lifeless save for unknown shapes that glide through sombre depths.”

Here are 10 nautical novels that embrace the dark depths. 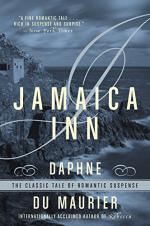 If you’ve not read anything on this list, start with du Maurier. She is the queen, after all. There are many authors out there who take their cues from her writing, and others who have drawn, either via inspiration from du Maurier or not, from the brooding Cornish coast. Jamaica Inn centers around Mary Yellan, a young woman who, after the death of her mother, goes to stay at her uncle's rather unsavory inn and gets bound up in a web of men who may be smugglers.

Get Jamaica Inn at Bookshop or Amazon 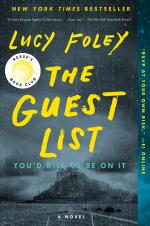 The Guest List debuted a few years ago, and the breakneck thriller quickly climbed to the top of the sales charts. It’s probable that you’ve seen this title while perusing your local bookstore or on a library book club list. It’s the kind of book that can be swallowed in a single gulp, and it’s a perfect dark beach read due in part to the setting on an ancient and cursed remote Irish island. None of Foley’s characters are ever heroes; she has a knack for writing deeply flawed people. In The Guest List, they saunter and skulk around smoky peat fireplaces and sea caves, and the ocean is a powerful, isolating force. 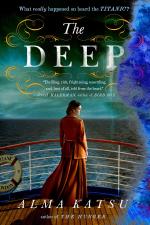 The concept of the Titanic being haunted or stalked by something otherworldly is an interesting one to me, as the raw facts of that disaster always seemed so completely dramatic without adding a new fictional angle to it. But that’s what makes The Deep so intriguing; it’s a supernatural historical fiction about the world’s most famous doomed vessel and its sister ship, the Britannic.

Get The Deep at Bookshop or Amazon 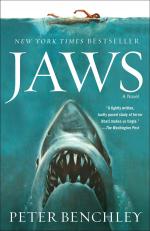 You might be pardoned for forgetting that Jaws was actually a novel before it was a film. Not only is it a timeless thriller in its own regard, it has a connection to a real-life murder. If you’re not a big true crime podcast listener and haven’t heard the story of the Jane Doe from Cape Cod known as the Lady of the Dunes, she was a woman who was found murdered in the dunes of Provincetown, Mass. in the 1970s, and whose identity has yet to be confirmed to this day. Author Joe Hill (who is apparently a huge Jaws fan) has theorized that the unidentified woman bears a remarkable resemblance to an extra in the Jaws film, which was being shot on the Cape the same year the woman was found.

Get Jaws at Bookshop or Amazon 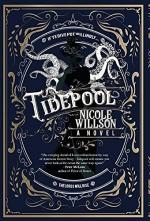 Lovecraft or something Lovecraft-inspired has to be on this list, and Tidepool fits that bill. The year is 1913, and the place is a decaying East Coast oceanside town reminiscent of Innsmouth. A woman named Sorrow is searching for her missing brother in the last place he was seen, when she encounters an unusual widow who stands out from the rest of the town. Reviews of this novel gush that it pulls no punches when it comes to scenes of horror.

Get Tidepool at Bookshop or Amazon 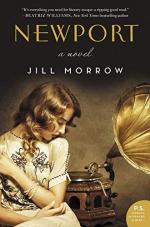 This book has been on my to-read list for some time. It's set in Newport in the full roar of the 1920s, amidst the glitz of the “summer cottages” built there by the world’s most rich and powerful. The plot centers around a young attorney who is asked to revise the will of a client with a young fiancée whom he claims was sent to him from beyond the grave by his first wife. Newport is an atmospheric place with its palatial mansions by the sea, but the Atlantic has always been the true source of its pull, and it would be difficult to write a novel about the area without drawing inspiration from the jagged cliffs and waves.

Get Newport at Bookshop or Amazon 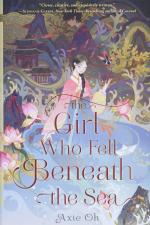 7. "The Girl Who Fell Beneath the Sea" by Axie Oh

Amazon bills this novel as “an enthralling feminist retelling of the classic Korean folktale ‘The Tale of Shim Cheong,’ perfect for fans of Wintersong, Uprooted, and Miyazaki’s Spirited Away.” After years of devastating storms and flooding, the people in Mina’s homeland believe that the Sea God has turned against them, and that they need to appease him with a yearly sacrifice of a maiden thrown into the ocean. Hopefully, one of these women will be his true bride, and the storms will cease. When the love of Mina’s older brother is taken out to be sacrificed, she takes the young woman’s place, and is thrown into a world of spirits beneath the sea where she must seek out the Sea God. 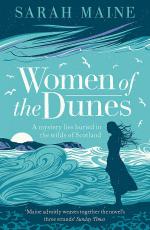 8. "Women of the Dunes" by Sarah Maine

If you haven’t yet discovered Sarah Maine, her books are absolutely ideal for a stormy, summer night. If you’re seeking an atmospheric historical mystery, look no further. Women of the Dunes is set on Scotland’s western coast and centers around the uncertain fate of an eighth century Norsewoman who may be connected to a recent discovery of human remains, unearthed by a storm. Maine’s other novel, The House Between Tides, is also set in Scotland on an island community, and would fit equally well on this list.

Get The Women of the Dunes at Bookshop or Amazon 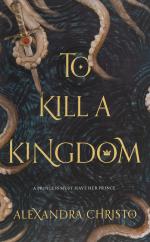 9. "To Kill a Kingdom" by Alexandra Christo

This YA title centers around a siren princess who is punished by her mother, the Sea Queen, by being turned into a human (I wouldn't care for that either). The ultimatum she faces is to deliver the heart of Prince Elian by the winter solstice. When prince Elian rescues what appears to be a drowning woman, she promises to help him destroy mankind’s nemesis, the sirens. Can he trust her?

Get To Kill A Kingdom at Bookshop or Amazon 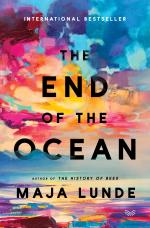 10. "The End of the Ocean" by Maja Lunde, translated by Diane Oatley

The End of the Ocean is a bit different from the other titles on this list; it has a different, less fantastic kind of darkness. The short summary of the book is as follows: “In 2019, seventy-year-old Signe sets sail alone on a hazardous voyage across the ocean in a sailboat. On board, a cargo that can change lives. Signe is haunted by memories of the love of her life, whom she’ll meet again soon. In 2041, David and his young daughter, Lou, flee from a drought-stricken Southern Europe that has been ravaged by thirst and war. Separated from the rest of their family and desperate to find them, they discover an ancient sailboat in a dried-out garden, miles away from the nearest shore. Signe’s sailboat.”

Get The End of the Ocean at Bookshop or Amazon

What are we missing? Are there any richly Gothic reads you're enjoying this summer season? Share with us in the comments.