Beneath the Terminus Stone: Borderlines as a Theme 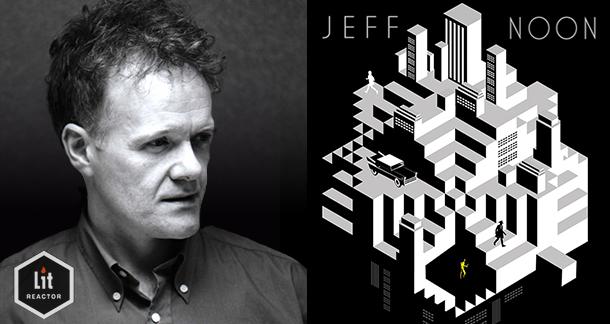 Towards the end of the writing process, during the third or fourth draft, say, we’re really dealing with a world, a cast of characters and a series of events that we’re at home with: on a fundamental level we know these people and these things. We might even love them, even the villains. Especially the villains. There will still be a few little surprises awaiting us, story-wise, and who knows, we might even make enormous changes at the last minute. Which is very scary. But the heavy lifting is done, and we’re now attending to the final details. I like to call it the magic dust, a sprinkling of delights for enjoyment’s sake. Putting the shine on it. And although by this stage the world of the story can feel solid, fixed in place, extensively mapped out, what we’ve actually created is a series of borderlines.

Borderlines. Between hero and villain, between literary genres, between lovers and enemies, between different ethnic groups and tribes, between entire countries, gender assignments, planetary species, between light and dark, good and evil, and even in the case of the vampire and zombie subgenres, life and death. There are many more. None of these borders are truly fixed, or firmly closed, no matter how our various authority figures (internal and external) might insist, no matter how many laws are passed. They are porous zones. Osmosis takes place there, the seeping of data and emotions from one side to the other. So I’m always on the lookout for these border zones as I write: the more the merrier. It makes a story come alive. The invented world keeps shifting, losing and gaining focus, dissolving, reforming, and this keeps me, as a reader and a writer, on edge, and alert.

Only by crossing over [borderlines], inside and out, can real change and growth take place, or indeed, real tragedy and loss.

People have a tendency to avoid border zones, exactly because they contain and represent ambiguity, and the loss of identity. And of course, the great unknown. The ancient Romans had a god specially prepared for such crossing points: Terminus. They erected statues of him at the city limits, both as a marker, and as a warning to intruders. Often they buried sacrificial victims under the stones, to add to their power. These markers can still be seen in present day London for instance, mapping out the old territories. And to this day, we still struggle with the whole concept of inside and out, who belongs here, who doesn’t, where does one country end, and another begin? These questions are fundamental to human nature, and human fear, to the best and worst of what we are.

And yet in books and films our fictional heroes often end up in these border zones, these grey areas; they become figures lost in no-man’s land, shapes in the mist. In A Man of Shadows this poor suffering individual is called Nyquist, a private eye caught up in the worse case of his career. The fantastical city he lives and works in has its own set of very particular frontiers, between the zones of Day and Dusk, and between Dusk and Night. The citizens call these borders the foglines. They’re zones of mystery and danger. Stories and rumours abound; as one character says: “People go missing there. They get taken over. And even if they come back, which is rare, they’re never the same.” Nyquist, for intensely personal reasons, is absolutely petrified of Dusk. So when the job takes him close to the border, or even forces him to cross over, it’s very simply the worst possible thing he can do. I often feel, writing a story, that I’m being very cruel to my main characters: I’m constantly making them face their worst fears, putting them through hell. But what else can I do? The goal lies beyond normal, everyday existence: across the border.

Nyquist looked at her. Tiredness caught up with him. He took another slug of whiskey. Then he sat down on the chair and lowered his head into his big, scarred hands, and he stayed like that for a good while. Neither of them spoke a word. A train moved past outside the window, casting its flickering black and white patterns over the hunched figure, the noise of the engine and the carriages deafening. And then the silence and the barred shadows closed in once again. The shadows held Nyquist within them like a man in a cage.
Eleanor said quietly, “You’re scared, I can see that.”
He didn’t look up.

It’s important also to set up borderlines inside the characters: shadows across the soul. We all have moral boundaries we won’t step over, personal limits, contradicting and even warring parts of our psyches. By being aware of these boundary lines, or fault lines, within our written characters, we can go a long way towards making them memorable, and interesting. I’d actually go further, and make a somewhat bold statement: meaning and truth appear in a story when the hero (and the reader) realises that the internal, psychological and emotional borderlines match the borderlines in the outside world. And only by crossing over both regions, inside and out, can real change and growth take place, or indeed, real tragedy and loss.

The last and most interesting borderline exists where the writer meets the reader across a landscape of words. Here, stories rise up from the dusk, the dark, into the light of day. Let us pray to the god Terminus, that he allows our stories passage.