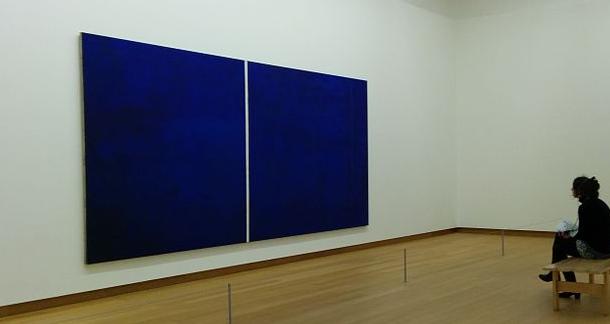 There are few characters in modern fiction regarded with as much vitriol as Bella Swan. Although she's unlikely to need an introduction, Miss Swan is the protagonist of Stephenie Meyer’s Twilight series (bear with me just a moment; I can hear the collective groan at the mere mention of the T-word). Besides an undeniable clumsiness, Bella is known for having few defining personality traits of her own. Often labeled a feminist’s nightmare or a straight-up Mary Sue, Bella certainly didn’t win Meyer any Pulitzers.

The Appeal of a Blank Canvas

A bit passé now, the books did, however, manage to accomplish something rather impressive, as Robbie Blair pointed out a while back in his column, 8 Reasons Intelligent Writers Must Read Twilight. The number one reason is that, for a period of time, it sold like Nutella-dipped bacon strips. At the height of the series’ popularity in 2010, the Twilight books made their author $40 million in sales over the course of one year alone, according to Forbes.

So exactly how did Twilight become so popular when most of the character development centered round Bella making her dad dinner, going to high school, and fantasizing about sparkly boys? In a somewhat mean-spirited (but admittedly hilarious) comic by The Oatmeal, Matthew Inman writes:

First off, the author creates a main character which is an empty shell. Her appearance isn't described in detail; that way, any female can slip into it and easily fantasize about being this person. I read 400 pages of that book and barely had any idea of what the main character looked like; as far as I was concerned she was a giant Lego brick.

Incidentally, Inman hits the nail on the head, but Meyer is far from the first author to have a runaway success with a less than engaging protagonist. Forget Bella for a second, and reflect on some of the other bestsellers of the past several years. Consider Harry Potter. Which character is the easiest to describe (outside of the physical marker of the lightning bolt scar): Ron, Hermione, or Harry? It’s not Harry, is it?

Known as an audience surrogate, or designated protagonist syndrome, this trope isn’t relegated to young adult fiction. Clive Cussler, James Patterson, Janet Evanovich; none are particularly strong where character development is concerned. Yet their titles are to be found on the bestseller lists during any given month.

A character lacking a face of her own becomes a very convenient channel for escapism, or so the core argument for the use of such a vanilla protagonist goes. An empty shell offers a much more immersive way for the reader to engage with a story. It’s a concept that forces readers to ask the question: is it more interesting to be part of an audience, or do we actually want to be the actors? In an interview with the Guardian, Stephenie Meyer herself even verifies that Twilight originated as a form of personal escapism.

Inversely, others debate the value of such tactics, calling them an excuse for shoddy writing and weak characters. Despite the veracity of much of the criticism levied at books like Twilight, the concept of audience surrogates as way to enhance a story doesn't necessarily have to be abandoned as a whole. For example, the diminutive, bucolic hobbits of J.R.R. Tolkien’s Lord of the Rings were not designed to be the most exciting characters of the series—quite the contrary. Instead, they stabilize the wild, more fantastic figures that inhabit Middle Earth. Tolkien chose familiarity above mystery—he might just as easily have begun his story with Legolas or Elrond instead of in a hole in the ground—and in this instance, it works.

Even if designated protagonist syndrome doesn't justify the writing in Twilight, it never pays to throw the baby out with the bath water. Who knows how such tactics might be explored and experimented with? Maybe the authors of the future will surprise us all—they usually do.

Such characters have been used for years. In Murders in the Rue Morgue, The Purloined Letter, and The Mystery of Marie Roget, Poe tells Dupin's story through an unnamed narrator, who serves as a sort of analogue for the audience. Stoker used the same device for Watson in the Sherlock Holmes stories. It can be a sucessful technique, obviously. While Bella might make feminists cringe, I think a lot of people's problems with Twilight aren't related to the use of that particular technique, but a distaste for the story and writing style in general.

Andreia Marques from Brazil is reading Oryx and Crake - Margaret Atwood February 2, 2014 - 7:06am

@Jack, I think people cringe at Bella because of what she represents: the woman who has no life or thought outside of boys, marriage and love. Yes, she's an audience surrogate and that's fine, but remember, the books are written in first person, so we do know what she thinks - feminists won't like her because she represents the exact opposite of feminism. Then there's the story and poor writing as well, but it's more than just that.