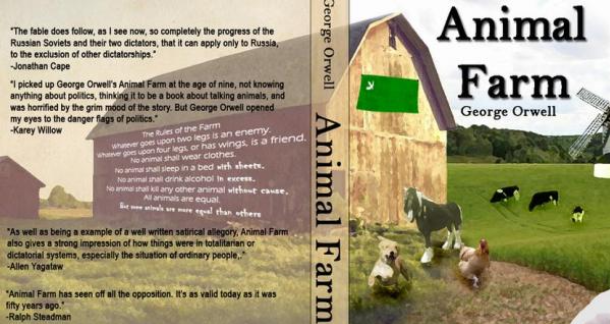 1984. Animal Farm. These two classics alone bring chilling images to mind. Too many comparisons have been made to modern day situations, and after recent government measures taken in response to the pandemic and protests—I’m not even going to go there. No one needs that.

Most of us have at least heard of George Orwell, or “Orwellian Nightmares.” But how much do we know about him? Who was the man behind these cautionary tales and what was his life like?

Some of you may already know, but most have very little knowledge of who he was as a person. He was born 117 years ago. After watching the Industrial Age take over and two World Wars change life forever, he became quite the social critic, yet he was not always a political rebel. His story is one of change through experience. He died in 1950.

Orwell is a pen name. He was born, Eric Arthur Blair, in Bengal. His father was a British officer in India. His mother was a French woman descended from an unsuccessful teak merchant. Blair was raised in a strange setting of impoverished snobbery. Sent to a boarding school and set apart as a poor kid with eccentricities, he was also noted as brilliant. 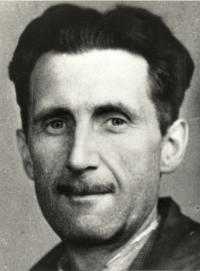 He believed in his country and heralded British Imperialism during his youth. He loved to write but first took on a career as a colonial police officer in 1922. It was during this period that he began to see flaws in the system he so strongly trusted.

The racial and classist issues of his position eventually caused him to resign, but that wasn’t enough to ease his conscious. He rejected British culture and immersed himself in poverty to atone for his role in it. He only wore ragged clothes and wandered London’s East End lodging with beggars and laborers.

His lifestyle and political ideologies continued their renaissance. During the 1930s he went from declaring himself an anarchist to considering socialism.

Then he went to Barcelonia to report on their Civil War. Horrified by what was happening, he joined the Republica Militia and fought against communists trying to suppress political opponents. He found too many similarities between socialism and communism and turned his fears into novels.

Homage to Catalonia was not his first novel, but the one that really presented his famously known style of writing. Then the 1940s brought the Russian Revolution and Animal Farm was born from the atrocities of Joseph Stalin’s merciless rule. I still shiver when I think of the horse being sent to the glue factory with hopes of retiring in a beautiful pasture.

1984 was his final work. His anger and fear over Stalinism was magnified by the manipulative control used by the Nazis to lead people into their own captivity.

He feared a world run by totalitarianism where education, the media, social interactions, religion—every aspect of life was ruled and controlled by government. He wrote 1984 from the home he purchased on the remote Hebridean island of Jura after gaining fame, fortune, and threats against his life (thanks to Animal Farm).

The reclusive writer stereotype fit him well, but he earned it. He witnessed much more than the modern day person can stomach and somehow turned his experiences into classic stories that remind everyone why they should protect their freedom at all costs.

I don’t think Orwell cared if you voted this way or that, or supported this cause over another. I think he understood the need for diversity of thought. Respectful discourse. The right to argue and agree to disagree. The need to act. The necessity for compromise and working together to lead existences that protect everyone’s ability to live, speak, and be whomever they need to be.

If you don’t agree, you’re free to express that, and freedom of expression meant everything to him.

Buy 1984 at Bookshop or Amazon

A belated thanks for writing this, I enjoyed it a lot. A couple of thoughts occur. The Russian Revolution took place in 1918 rather than the late 1930s. Orwell's political views evolved over time.He was a sometime pacifist but in 1940 he, like my father, joined the Home Guard ready defend Britain against a then threatened German invasion.His message in 1984 (which he wished to call 1948, but was otherwise convinced by his publisher) wasn't, as Hillary Clinton would have it, trust the experts. I think his message was "Don' t trust the BBC.They're a bunch of lying so-and-sos. He worked for the BBC during the war and based his Ministry of truth upon on his experiences there.If you haven't discovered them yet, you might enjoy:Why Orwell matters by the late Chris Hitchens and The Ministry Of Truth by Dorian Lynskey.

big thanks for writing this really interesting about russian revolution. i will prefer you these home bakers.

George Orwell is a wonderful guy. I wish a very happy birthday to him on his well deserved day. Orwell should learn the right path. They are offering essay writing services to complete your thesis task easily. Adopting right path is a very difficult task in present days.

Wish a happy birthday to him this is his deserved day. George Orwell is a good person. I remember on my birthday's day I have task from my university but I got help from Best essay writing service and I enjoy my birthday as Orwell make his birthday.

If you are interested to learning a free course without pay any cost I will suggest you that https://honestvpnreview.weebly.com/blog/nordvpn-review you should try this website. this amazing or mind belowing website.