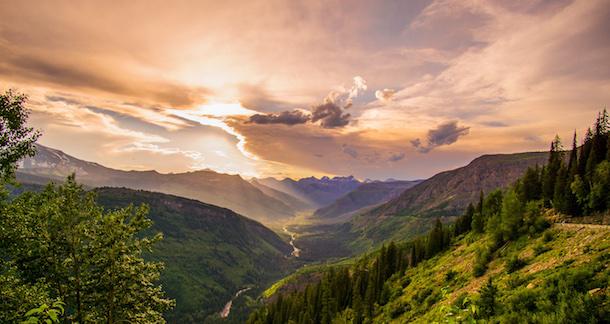 Once upon a time, the literature of the West was the Western—the story of a lone dude, likely nursing some sort of psychic wound, who blows into town on his trusty steed, saves the populace from a local menace, and then rides off into the sunset. In this story, this (white) guy is always the hero—women and people of color, if present at all, play a supporting role.

Set in the Old West, that story is rife with 19th-century assumptions—about the natural world, about gender, and about race and culture. As such, though fun, it's problematic AF, and in serious need of interrogation.

In recent years, that's exactly what's been going on. Because in recent years, the old monomyth of the West has been supplanted by better, more complex, and frankly more interesting narratives—often set in contemporary times, and, more often than not, written by women. Here are a few of my favorites right now.. 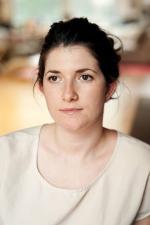 Vice called her “Joan Didion meets JG Ballard, with a dash of Mad Max," while Harper's has compared her to the late, great Denis Johnson. Both comparisons are fair, in my opinion, but both fail to convey the sheer chutzpah behind Claire Vaye Watkins's work, the "scorching genius" of it (Vanity Fair).

Between the two books she's published, Watkins has won five awards, including the Story Prize and the Dylan Thomas. The first book is a Battleborn, the collection that made her one of the National Book Foundation's "5 Under 35" writers to watch, and the second is Gold Fame Citrus, a novel that's equal parts literary and speculative, set amid the shifting sands—and shifting mental landscapes—of a near-future Southwest devoid of water. It's a beautiful, brilliant, dare I say even profound work of art. 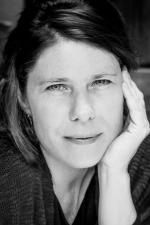 Choose a book, any book: Hell's Bottom, Colorado; Sky Bridge; Red Lightning; Stars Go Blue; or The Blue Hour. They're all fabulous (though The Blue Hour may be my favorite). Like Watkins, Pritchett has won many book awards (including the High Plains and the WILLA), and like her, Pritchett works with traditional Western themes in sometimes subversive ways.

I love the way Pritchett takes the lives of elderly ranchers, drug runners, undocumented immigrants, and rural veterinarians seriously. But most of all, I love the way her work foregrounds community narratives, in contrast to the "rugged individualism" of the lone Western hero. By embracing a multiplicity of voices and focusing on the myriad connections—between people, people and animals, and people and the landscapes they love—that define life in the small towns of the West, Pritchett has come as close as any author I know to redefining the form. 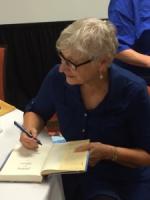 Surely the only person to win both the the PEN West Fiction Prize and the James Tiptree Jr. Award (not to mention a Whiting), Molly Gloss writes both realistic fiction set in the American West and science fiction. And while I'm a huge fan of her sci fi novel, The Dazzle of Day—perhaps the most convincing portrait to date of human life in space—her realistic novels are even more remarkable.

Gloss's protagonists include an early twentieth century feminist writer who's fond of cigars (Wild Life), a hardscrabble homesteading widow (The Jump Off Creek), and a young cowgirl who replaces a ranch hand off fighting WWII (The Hearts of Horses)—and in Gloss's latest novel, Falling from Horses, she gets super meta, as SF luminary (and fellow Westerner) Ursula K. Le Guin notes: "A Western about cowboys and horses, and how Hollywood made Westerns about cowboys and horses, and what happens when the real thing and the fake collide. A beautiful, moving novel, cut from the American heartwood.” As far as I'm concerned, there may be no higher praise. 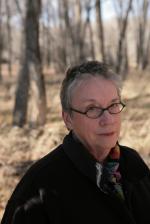 Of course, no such list would be complete without Annie Proulx, who practically wrote the book on literary fiction set in the contemporary West—it's called Close Range: Wyoming Stories, which includes "Brokeback Mountain" (which, thanks to the movie adaptation, still has people talking). Hello, heteronormativity! The cowboy archetype will never be the same.

In a career spanning nearly 30 years, Proulx has published a whole lot of books, many of which are fabulous. (My favorite is Bird Cloud, a work that is part memoir and part natural history—set, like many of her stories, in Wyoming.) Her latest novel, Barkskins, is a a multigenerational epic that has been hailed by NPR as a "lush and lovely jungle of a book"—and while this book, like her Pulitzer Prize-winning novel The Shipping News, takes place in the Northeast (rather than the West), the book is an eco-epic that takes aim at the same exploitive mind-set that endangers wild and scenic places everywhere. 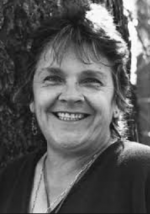 Mary Sojourner is a novelist, NPR commentator, and environmental activist, and her work bears fierce testament to her love for the Southwest, even as it offers a clear-eyed view of the forces that threaten it. Perhaps every writer from this part of the world tells the same story (Ed Abbey and John Nichols certainly did), but Sojourner's voice is singular: intense yet elegant, lyrical and tender on one hand, biting and acerbic on the other.

Sojourner's collection of essays, Bonelight, and her novel 29 (set in 29 Palms, California) are among my favorites, and I'm looking forward to digging into her new story collection, The Talker, of which Kirkus said, "In [these] stories set in the southwest, the mostly working–class characters struggle to rise beyond their pasts and their own worst tendencies…Sojourner uses passion, high–energy storytelling, and unflinching empathy to break the reader's heart." Which is exactly what Sojourner does best.

Any favorite women writing about the West? Let us know.

I love this list. Definitely inspiration for my Western novel, COYOTE, which is set in Glacier Park, Montana.

Jana Richman's work belongs on this list --  The Last Cowgirl and An Ordinary Truth both are completely badass.

This is a great list, thanks for the info! And it is not lost on me that the verb "writing" is in present progressive tense, because otherwise, I'd be hollering about why authors of color like Leslie Marmon Silko aren't showing up on this list of (all white) writer ladies. (Her last book was published seven years ago.) It'd be great to have a follow-up on this article detailing what you discover upon digging into the search for emerging women of color writing about the west. I'd devour a list/article like that.

Susan DeFreitas from Portland, OR is reading Your Heart Is a Muscle the Size of Your Fist by Sunil Yapa June 23, 2017 - 7:37am

I'm glad you brought that up, Christine--look for this in a future post!