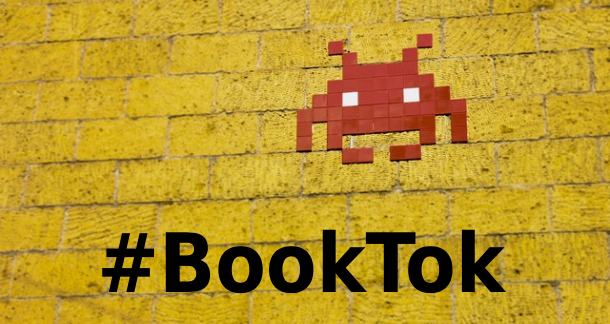 You either know what TikTok is or you don’t. That may not be an indication of your age, though. While TikTok users trend younger than Facebook or Twitter users, that is slowly changing. Age tends to lag behind youth when it comes to social media. Or maybe youth is constantly fleeing as people their parents’ age start invading the cool platforms, making them less cool over time.

Either way, us older people fall into one of three categories when it comes to TikTok knowledge. You know exactly what TikTok is, you get a sour taste in your mouth just by the mention of it even though you don’t fully know what it is, or you have no idea because all these new things sound like gibberish to you.

You’d think from the way old men talk that not a one of them knows a thing about TikTok, or they hate it if they do, but the stats would seem to indicate a number of them are watching young women dancing on the app. You know who you are.

TikTok is an app that allows the upload and sharing of videos. The videos are in portrait mode (vertical up and down on your phone) as opposed to YouTube where videos are typically in landscape mode (horizontal side to side like holding your phone sideways). You create an account and can watch videos in your feed from people you follow or from ones curated by TikTok based on your stated interests, your watching patterns, and the videos you “heart” or “like.” Videos can be marked with hashtags like on Twitter, Facebook, and other platforms.

You can watch videos, create videos, or both. Videos can be up to three minutes at this point, but many are much shorter. Content ranges from funny to informative to political to social commentary to cute pet videos to ASMR to “sensual” and more. There is no nudity allowed on TikTok, but sensual content is often in the form of dance routines set to familiar clips of music. Some users who provide adult content on other platforms use TikTok as advertising for those other paid sites.

The TikTok app was launched in September of 2017 and had 100 million users within a year and rose to a billion videos viewed per day. Part of its success can be attributed to the Vine app being shutdown eleven months prior to TikTok’s launch. Vine allowed for short videos that usually trended toward humor. Like TikTok, many Vine videos ended up in compilations on YouTube that drove more users to the app. Much of TikTok’s early content was short videos in the style of Vine and the audience trended younger.

TikTok is owned by the Chinese company ByteDance. TikTok and another app, WeChat, owned by another China-based company, came under scrutiny during the Trump administration. There were accusations that American users’ data was being stolen or misused although those accusations have not been definitively substantiated. President Trump signed two executive orders to ban transactions with these apps that would essentially shutdown their use in the United States. A federal judge blocked those orders and President Biden rescinded the orders in June of 2021. A handful of other nations went through with bans of TikTok on moral grounds for what they identified as indecent content, but many of these bans coincided with border clashes or trade disagreements with China.

During this time, you would see compilations of TikTok videos on YouTube titled “TikToks you must watch before Trump bans it” or “TikToks Trump and Your Mama Don’t Want You to See.” Of course, TikTok’s popularity grew throughout all of this

For some time now, readers, book reviewers, fans of particular authors or series, and a few pioneering authors have been developing a subcategory for reading and writing on TikTok centered around the #BookTok hashtag.

Within this subset of TikTok, users would create short reviews, book lists, or other content that appealed to readers, and ask for shares.

TikTok has a tendency to repeat itself. If one popular user does a dance routine to a snippet of song, many others will reperform it. If a joke catches on, others will adapt it for their use. TikTok has raised the profile of certain actors by making clips of them popular to use. TikTok has revitalized older songs and propelled them onto the charts again. It has now done the same for books.

TikTok increased the popularity of a few older books that BookTokers loved when they were younger and decided to promote. The resulting boost in sales caught authors and publishers by surprise. Jeneva Rose and her book The Perfect Marriage may be the one that really caught everyone’s attention. On launch day, she recorded a TikTok that told the story of the book in a compelling way. She hit the top of the Amazon sales chart. She wasn’t the only author to benefit from TikTok exposure, but this is when many authors, publishers, and marketers started to take notice.

Now there are articles released regularly on which books are most popular on TikTok at that moment. These lists often usurp what is trending on the bestseller lists. A number of people throughout the industry watch for what TikTok likes to determine what they should do next.

And, of course, authors take notice and start to flock.

Authors Sniffing Out a New Opportunity

You learn technique and content ideas from other users, but what is the thing that might make you stand out from them?

Arguably, every new platform authors start to explore is off-brand for them. These social media sites do not initially cater to authors, books, or that type of promotion. Writers sort of worm their way in and try to create their own niche. Sometimes they imitate content that is already popular. In the case of TikTok, some writers do their own versions of popular trends including dances, “questions I’m asked,” or comedy bits. Some of them are doing straightforward promotion of their books. Others are moving into the #BookTok community and trying to create a presence and following there.

The draw into a platform for authors is largely centered around their social groups in person or online. One author tries it out and others in their circle follow them in. Others within those authors’ extended circles notice and they follow. My author circle made a rush onto TikTok that I noticed in late July and August of 2021.

I was a big fan of Vine. I often watched compilation videos of comedy Vines on YouTube. When Vine was gone and I got tired of watching the same compilations over and over again, I took notice of the TikTok comedy compilations that picked up where Vine had left off. I never joined Vine myself, but as author friends started going to TikTok en masse, I considered it.

I made an account largely to watch what other authors were doing with it. As I followed authors, TikTok drew me deeper and deeper down the #BookTok rabbit hole. I figured out that the OBS software I use for recording and streaming on Twitch could be adapted to make videos for TikTok. As of the time I’m writing this, I’ve made three TikTok videos. I’m not really building any presence there, but I just wanted to see if I could do it.

Is it Worth it?

The authors I see making the best content and getting the most likes and interaction on their videos are authors who have a track record of creating video content on other platforms. As with anything, practice and creativity improve content, and content is king on all these platforms.

As with all things indie, the Romance community is getting the best traction with their robust audience of readers and fans. In some ways, the nature of their books blends well with TikTok trends they can capitalize on, connecting with what many users on the platform are used to interacting with already. We could all learn a lot from the success of authors in the Romance genre.

The cost of exploring a new site as a potential author platform is time and energy. There might be equipment cost too, depending on what type of content you are creating and how much computer power you need to do so successfully. In one sense, it doesn’t hurt to try something new. In another, we can’t do everything well. Something has to give as our commitments and schedules pile up.

The best way to approach anything new is to see what other people are doing with it. That includes people in your category, but also people outside your area who are successful with the platform. When I started writing live on Twitch, I watched other writers, but also videogame content creators and artists from other mediums. I watched YouTube content by Twitch gurus who were mainly talking to videogamers, but I could figure out how some of those best practices applied to me and what I was doing.

The next question to answer is whether you have something unique to offer on the platform. You learn technique and content ideas from other users, but what is the thing that might make you stand out from them?

Sometimes, you can only answer these questions by doing. You learn how something works by trying it. As you work and continue to learn from others, you become more comfortable with the process and identify areas where you can improve.

Generally, the earlier you get involved with a thing the better your chances are. And nothing is a guarantee. There are thousands upon thousands of authors pouring onto TikTok now, trying to recreate earlier success experienced by others. It might be fun to watch, it might be fun to participate, and you might be the one who breaks through and makes something of it.

Some general advice that might be useful for aspiring writers is to always keep a notebook and pen with you, so that How to Choose the Best Research Paper Writing Service - Make Easy Life can write down any ideas or thoughts that come to mind when they do. This is especially helpful if you have a hard time remembering your ideas later on.